Cloud Foundry, the open-source platform as a service (PaaS) offering, has become somewhat of a de facto standard in the enterprise for building and managing applications in the cloud or in their own data centers. The project, which is supported by the Linux Foundation, is announcing a number of updates at its annual European user conference this week. Among these are support for container workloads and a new marketplace that highlights the growing Cloud Foundry ecosystem.

Cloud Foundry made an early bet on Docker containers, but with Kubo, which Pivotal and Google donated to the project last year, the project gained a new tool for allowing its users to quickly deploy and manage a Kubernetes cluster (Kubernetes being the Google-backed open-source container orchestration tool that itself is becoming the de facto standard for managing containers). 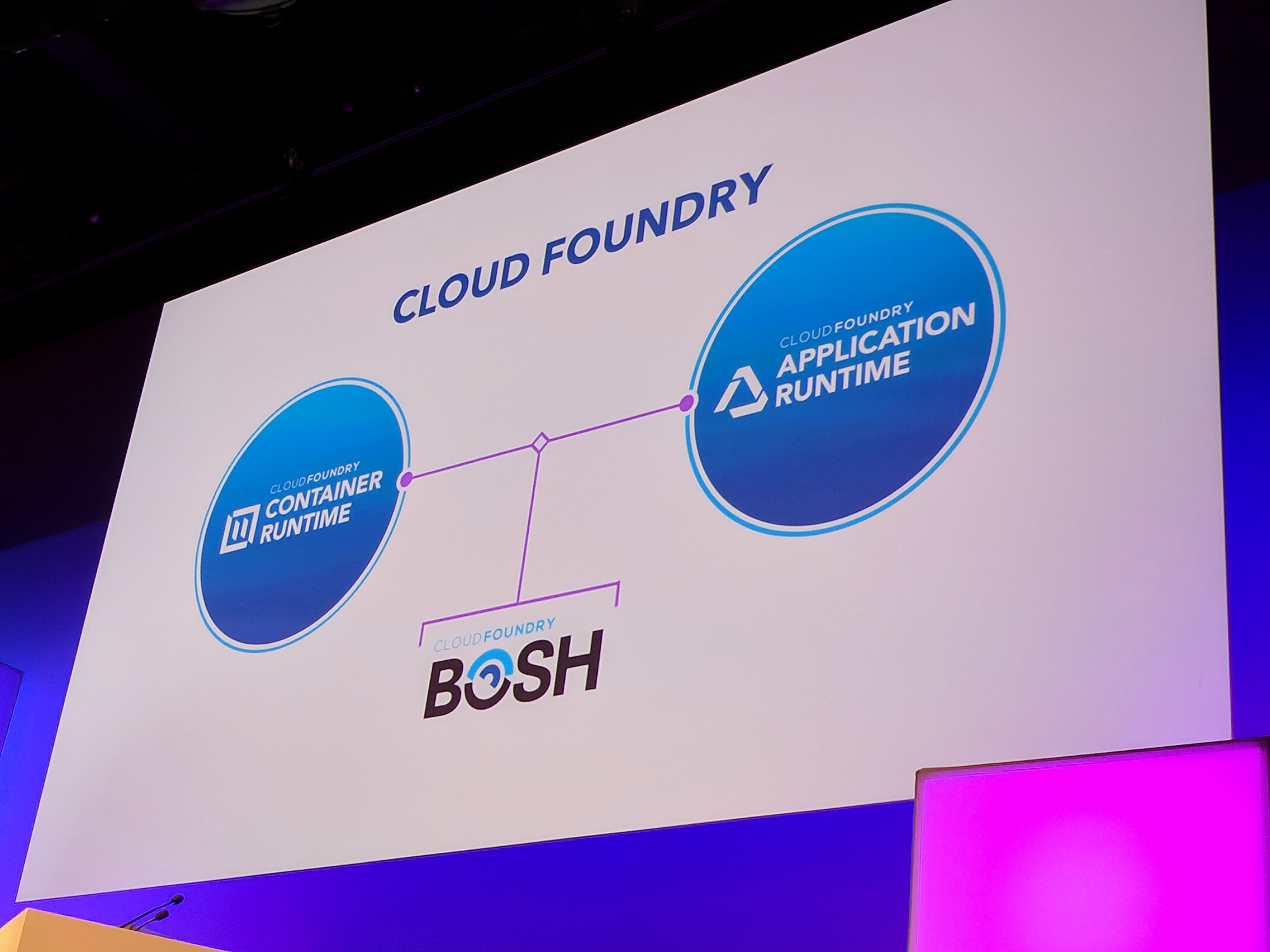 Cloud Foundry executive director Abby Kearns tells me that in her view, if any two companies were going to be able to pull off a project like this, then it was Pivotal (which incubated Cloud Foundry) and Google (which probably has more experience running container workloads than anybody else in the industry).

The project is now taking Kubo, renaming it to “Cloud Foundry Container Runtime” (because who needs cute names, after all), and making it a core part of the Cloud Foundry platform. Unsurprisingly, Google and Pivotal worked with Cloud Foundry on building this integration.

Quietly, this may be one of the most important updates to Cloud Foundry in a long time. It essentially means that Cloud Foundry’s existing tools for helping developers and ops teams deploy applications (which is now called the “Application Runtime”) will now sit side-by-side with container deployments in the Kubernetes-based Container Runtime. That’s yet another win for Kubernetes but it also gives Cloud Foundry users the option to run more monolithic services in parallel with their App Runtime microservices.

All of this is based on BOSH, Cloud Foundry‘s open-source tool for deploying and managing distributed services, but what’s far more important is that this now gives Cloud Foundry’s users access to a single platform for their application development and for running container-based workloads — all without having to learn a completely new set of tools, because they can still use BOSH to manage all of this. In addition, the Container Runtime also works well with Istio, the open-source service mesh for managing microservices that was recently launched by Google, IBM and Lyft.

Kearns notes that this also gives enterprises a new way to bring their existing applications onto a cloud platform and still have a single layer of orchestration. “This is an opportunity to say: if you don’t have a twelve-factor app, that’s fine,” she noted (with “twelve-factor app” referring to a model for building modern applications that’s been championed by the likes of Heroku, Pivotal and, of course, Cloud Foundry). “By itself, it broadens the stance to give you the opportunity to have a path to grow with. You can still pull in the best tool for the right application need, but you have the path to grow as well.” 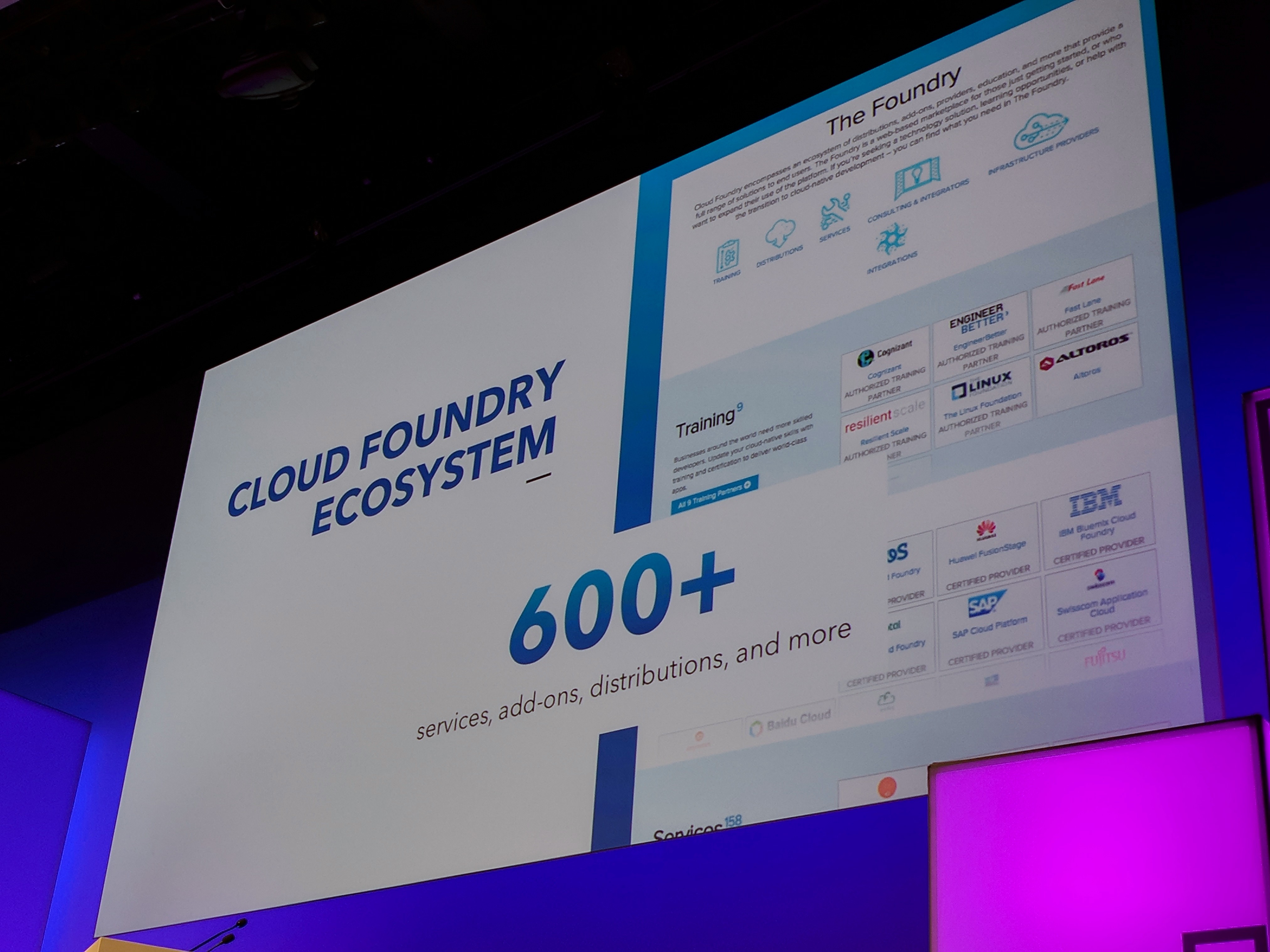 According to a recent Cloud Foundry study, only about 25 percent of enterprises currently use containers in production — a number that has barely changed since 2016. Kearns argues that this isn’t due to the technology itself, though, but to the cultural change that comes with adopting the new development paradigms adopting these technologies necessitates.

The other major Cloud Foundry announcement this week is the launch of “The Foundry,” the project’s new online marketplace. The directory, which currently mostly focuses on developers, features about 600 solutions and services that include everything from frameworks, databases and API gateways to identity management services, training, consultants and infrastructure providers. The majority of listings currently falls under the Consulting and Integration heading, though. “One of the unique advantages we have is that we can be vendor-neutral,” Kearns noted and stressed that the directory features tools from a very wide variety of vendors that ranges from heavyweights like SAP, Pivotal and IBM to small startups.

It’s worth noting that Cloud Foundry already has a certification program, too, though this mostly focuses on platform right now and not on any auxiliary services.

What all of this goes to show is that the momentum for the project remains strong, especially as the number of enterprises that want to engage with open source increases. Kearns highlighted the fact that American Airlines and Home Depot are Cloud Foundry Foundation members. “They want to be in charge of their destiny,” she said. “They want to have a seat at the table.” 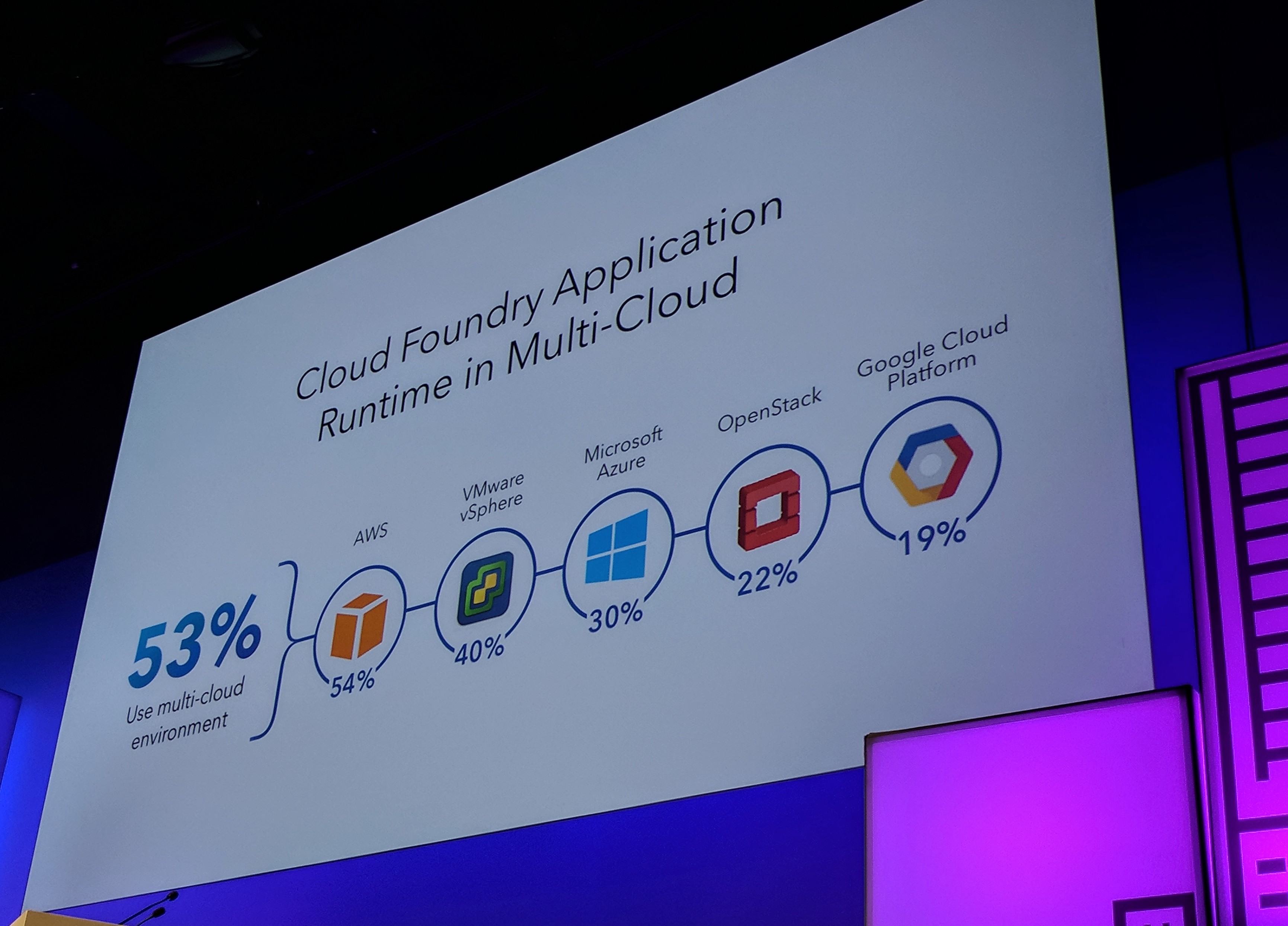