It’s hard to build something secret in LA or SF without anyone finding out. So Snap Inc. is building a new R&D office in the remote location of Lehi, Utah — 30 miles south of Salt Lake City. The distance from Facebook and other tech companies could allow Snapchat to develop new app features or hardware devices beyond the prying eyes and ears of its competitors.

Meanwhile, Snap can tap a supply of engineering talent from Brigham Young University, a 25-minute drive away in Provo. Snap struck gold here in the past, acquiring Scan.me, a startup founded by BYU students that made the QR codes that evolved into Snapchat’s scannable Snapcodes. [Update: In fact, a source tells us that Kirk Ouimet, one of the Scan.me co-founders, was tasked by Snap to come back to Utah, build a team, and start this new office to work on a few projects. Ouimet’s social accounts list him as still living in LA, but our source says he’s been working from Alpine, UT, a few miles outside Lehi.]

Lehi is also home to IM Flash Technologies, a massive Intel and Micron-backed semiconductor fabrication plant, that led Lehi to produce one in 14 of the world’s flash memory chips as of 2013, according to the Deseret News newspaper in SLC.

Talent from BYU and IM Flash might not be keen on ditching quiet Utah life for big cities where Snap’s other offices reside, so the Lehi lab could help the company recruit where others can’t. 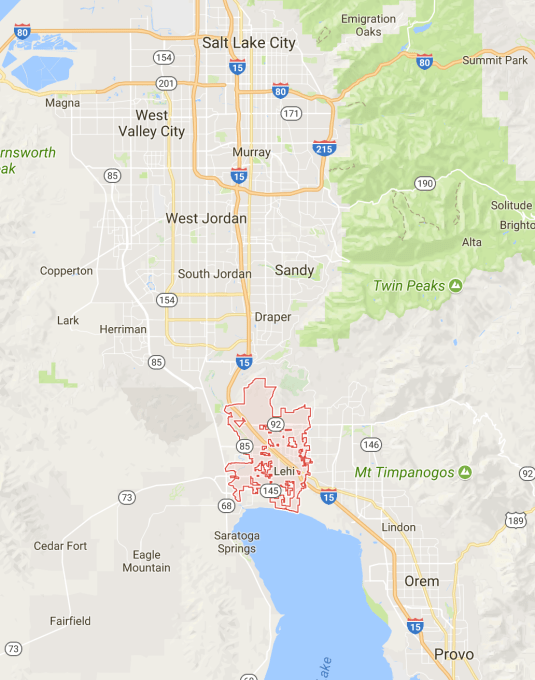 TechCrunch first learned of plans for a new R&D lab when Saratoga Springs, Utah-based Apple engineer Dave DeLong announced he was leaving the company this morning to “start a new job at Snapchat on the 23rd. They’re opening a new R&D office a couple miles down the road from me, and I’m excited to help get it off the ground.”

We then found a software engineer job opening listed on Snap’s site for Lehi, Utah. “Working from our Lehi, Utah office, you will be tasked with solving interesting technical challenges such as architecting and deploying infrastructure to handle our scale, designing a slick and secure mobile client, and maintaining software used by millions every day,” the listing details.

Now Snapchat confirms to TechCrunch that it’s building out a small team in Lehi, which will house a variety of team members. The company is especially excited about the opportunity to hire local talent. It already has several offices across the U.S. and international cities, and this expansion is a product of Snapchat’s growth.

The idea of tech companies coming to talent instead of the other way around has grown more popular lately. Facebook just revealed it’s building a sizeable San Francisco office after years of forcing employees to shuttle down to its Menlo Park headquarters in Silicon Valley’s South Bay. That had left SF-based Facebook employees vulnerable to poaching by startups like Twitter and Uber with offices in the middle of the city.

But in this case, Snap is expanding from its Venice Beach-side roots into a different valley surrounded by Utah’s majestic mountain ranges.