They say sequels are never quite as good as the original, but after releasing one of 2017’s best phones, Google’s hoping lightning will strike a second time with the Pixel 2. The company is teaming up with HTC once again — the runaway success of last year’s Pixel was clearly a driving force in its decision to buy the company’s mobile division earlier this year.

The Pixel 2 doesn’t stray too far from last year’s roots, design-wise. Last year, the companies managed to produce a nice looking, but distinct piece of hardware — an increasing rarity in the me-too world of smartphones.

The five-inch, 1080p screen is back — much like Apple, the company is holding the real firepower for the more premium Pixel XL. There’s also not much in the way of bezel reduction here — another element the company seems to have spared for its bigger sibling. 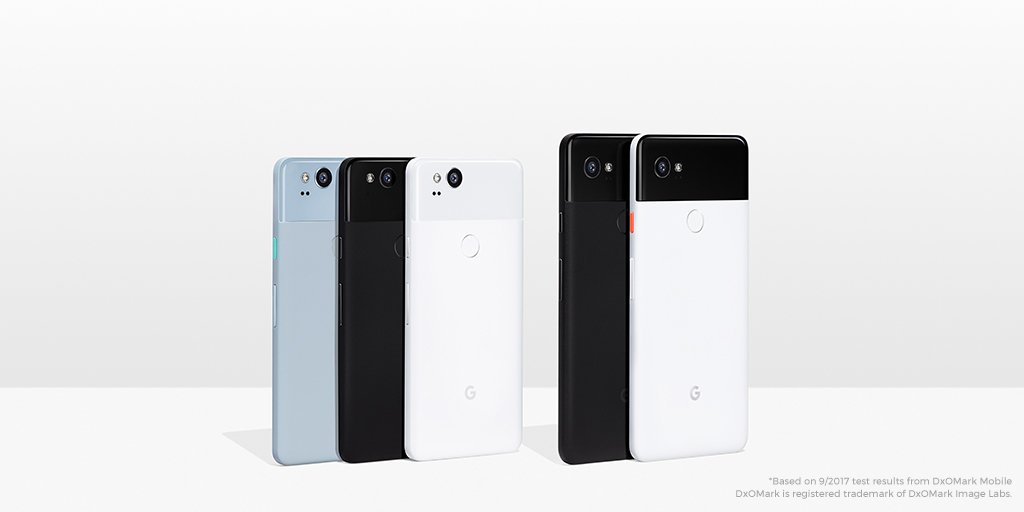 The back of the device features a similar two-tone color pattern, though this time it’s piano black and white — a nod, perhaps to Android 8.0. Above the color split is a 12-megapixel camera (same as its predecessor) — it’s the same as last year, though Google has improved optical image stabilization to get better video out of the thing.

As CEO Sundar Pichai noted when he opened the show, the new Pixel, like much of the rest of the hardware line announced at today’s event, marks a transition in philosophy for the company. With the Pixel 2, Google has effectively declared an end to the hardware spec arm’s raise (not that it’s necessarily the company’s place to call a cease-fire). Google sees a future in which the war for smartphone market share is not won in megapixels, but rather with machine learning and AI.

The new device represents a confluence of many of the technologies the company has been working on for some time. Take the camera — the hardware is the same, and Google has yet to make the leap to two lenses, but its underlying software has made it possible to introduce a convincing Portrait Mode, nonetheless. It’s similar to what Apple and Samsung offer up, with a bokeh effect designed to make subjects pop — but the hardware isn’t doing as much of the heavy lifting. 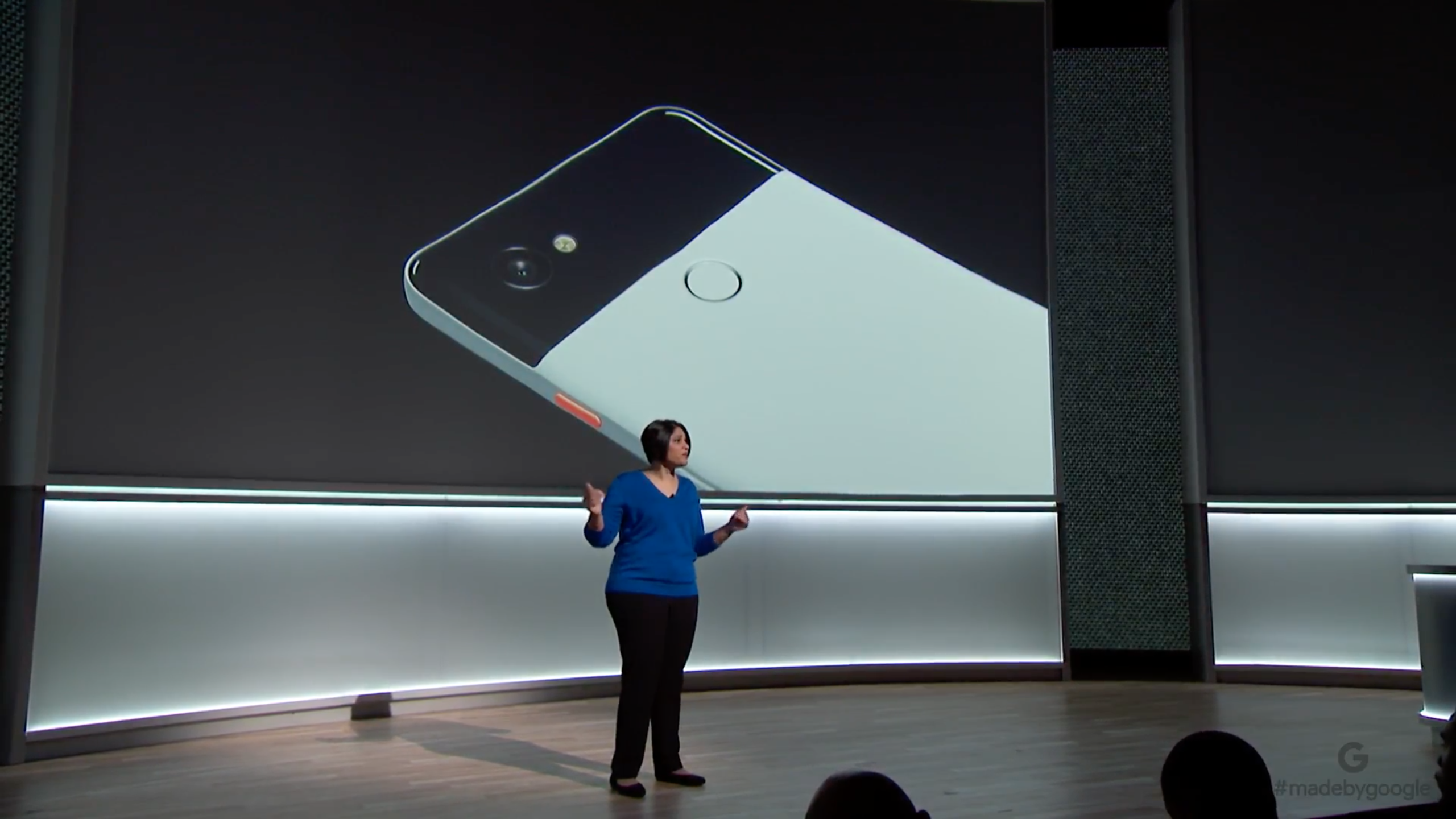 The phone does get one brand new hardware trick — well, new for Google. The company has adopted HTC’s most gimmicky feature, bringing touch sensitive sides that launch Assistant when squeezed. It’s still a gimmick here, but unlike the U11, Google didn’t go out of its way to build the phone around the feature.

The new phone ships with Oreo out of the box, naturally — Google’s always seen its devices as a showcase for a pure, unfettered Android experience. That’s all running on a 4GB of RAM and 64GB/128GB of storage. Much to Google and HTC’s chagrin, an apparent shipping issue has left the handset with the Snapdragon 835 — it’s still a premium chip, but it’s the same one virtually every flagship has offered in the past year.