Context is everything when dealing with dialog systems. We humans take for granted how complex even our simplest conversations are. That’s part of the reason why dialog systems can’t live up to their human counterparts. But with an interactive learning approach and some open source love, Berlin-based Rasa is hoping to help enterprises solve their conversational AI problems.

The premise of Rasa Core is similar to the approach of a lot of AI startups that use services like Amazon Mechanical Turk to correct for uncertainty faced by machine learning models. But instead of Turk, Rasa built its own platform that allows anyone to train and update models by engaging in sample conversations with bots under construction. 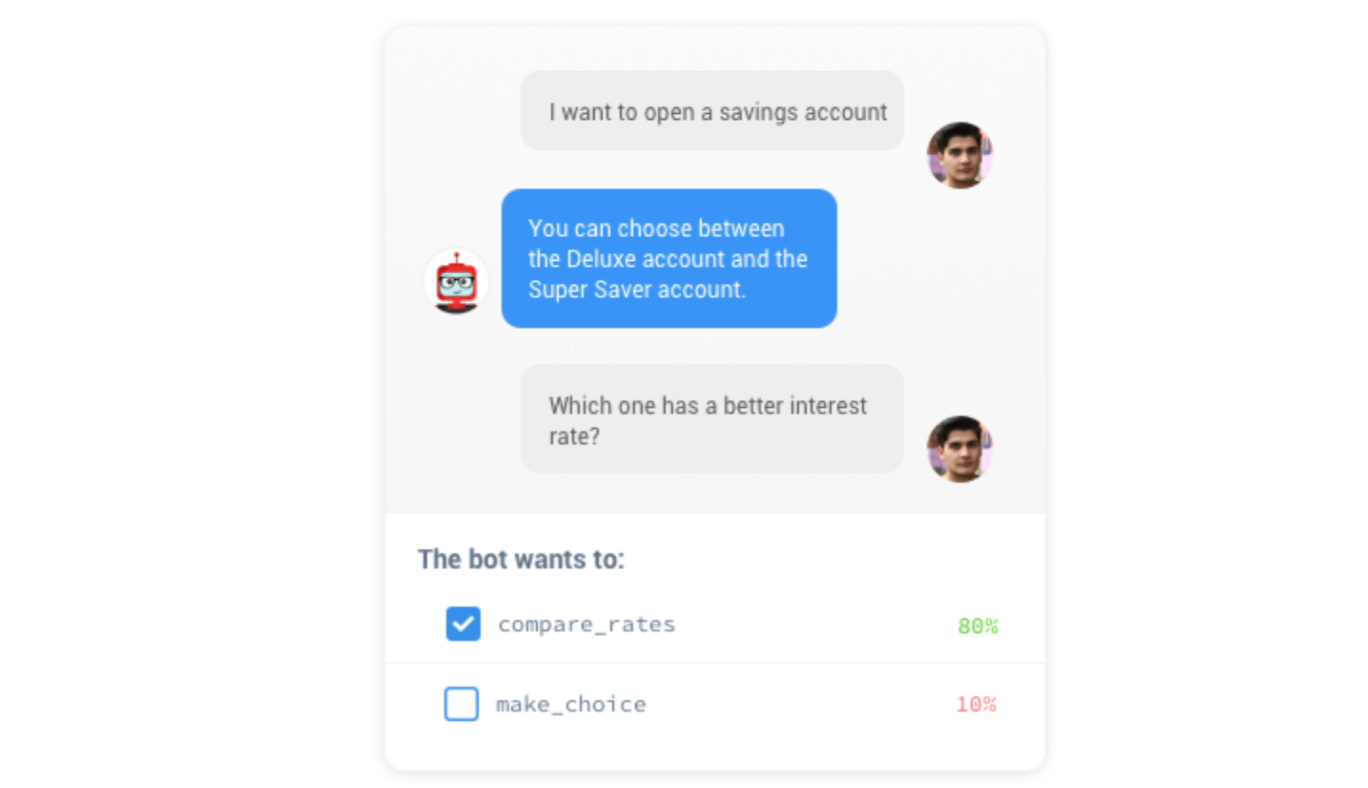 You can see this playing out in the image above. Rasa Core suggests the most probable pre-programmed action that a given user is looking to perform. The trainer can then either reaffirm the correct decision or correct for an error. After a correction, the model adapts and the next time it’s faced with a similar situation, it won’t need to question it.

The Rasa team says that only a few dozen sample conversations are needed to get a bot working effectively. Of course extra samples can only serve to help increase accuracy and ultimately user friendliness for customers.

“We’ve seen conversations IBM built on their Watson tech and it was a little disappointing,” Florian Nägele, a PM for conversational AI and customer of Rasa at large European insurer Helvetica, told me in an interview. “You have one decision tree and you can’t take over context from one tree to another.”

The beauty of Rasa’s approach is that it allows customers to bootstrap models without training data. In a perfect world everyone has large corpuses of sample conversations that they can use to train dialog systems but this isn’t always the case — particularly for less technical enterprises.

Rasa Core is available now in open source via GitHub. The company also announced paid enterprise tiers for both Rasa Core and Rasa NLU. We covered Rasa NLU when it launched back in December 2016. The paid subscriptions will offer enterprises an administrative interface, customer support, automated testing and collaborative model training.