Google unveiled the new Pixel 2 XL smartphone today, and the early leaks proved pretty much accurate: It’s a larger screened smartphone with a new body design that mostly eliminates the front bezels, with a back that bears a two-segment design with a glass upper portion and metal covering the remainder of the body.

The smartphone’s front face is a big improvement over the previous generation, putting all the attention on that display, which is a 6.0-inch diagonal pOLED screen with 2880 x 1440 resolution (538 ppi density), with wide color gamut in an 18:9 aspect ratio. It’s also protected by Gorilla Glass 5, Corning’s strongest glass for smartphones yet. The display also features always-on tech for constant display of info like the time and notifications.

As rumored, the Pixel XL 2 does ditch the headphone jack (a USB-C to headphone adapter is included in the box), and it also comes in 64 and 128GB storage options. Pixel 2 XL also features a ‘squeezable’ body, another feature reported prior to its release, which allows a user to simply apply pressure to the sides of the device in order to trigger Google Assistant. It also has front-facing stereo speakers, and an aluminum body.

The smartphone offers a front-facing camera with an 8 megapixel camera, and a rear-facing 12 megapixel camera with an f/1.8 aperture. The camera hardware is actually unchanged from last year, but it’s made better thanks to software advances by Google as well as the inclusion of optical image stabilization, for both photos and video. Google got a score of 98 from camera evaluation firm DxOMark, which beats the iPhone 8 and Samsung Note 8. 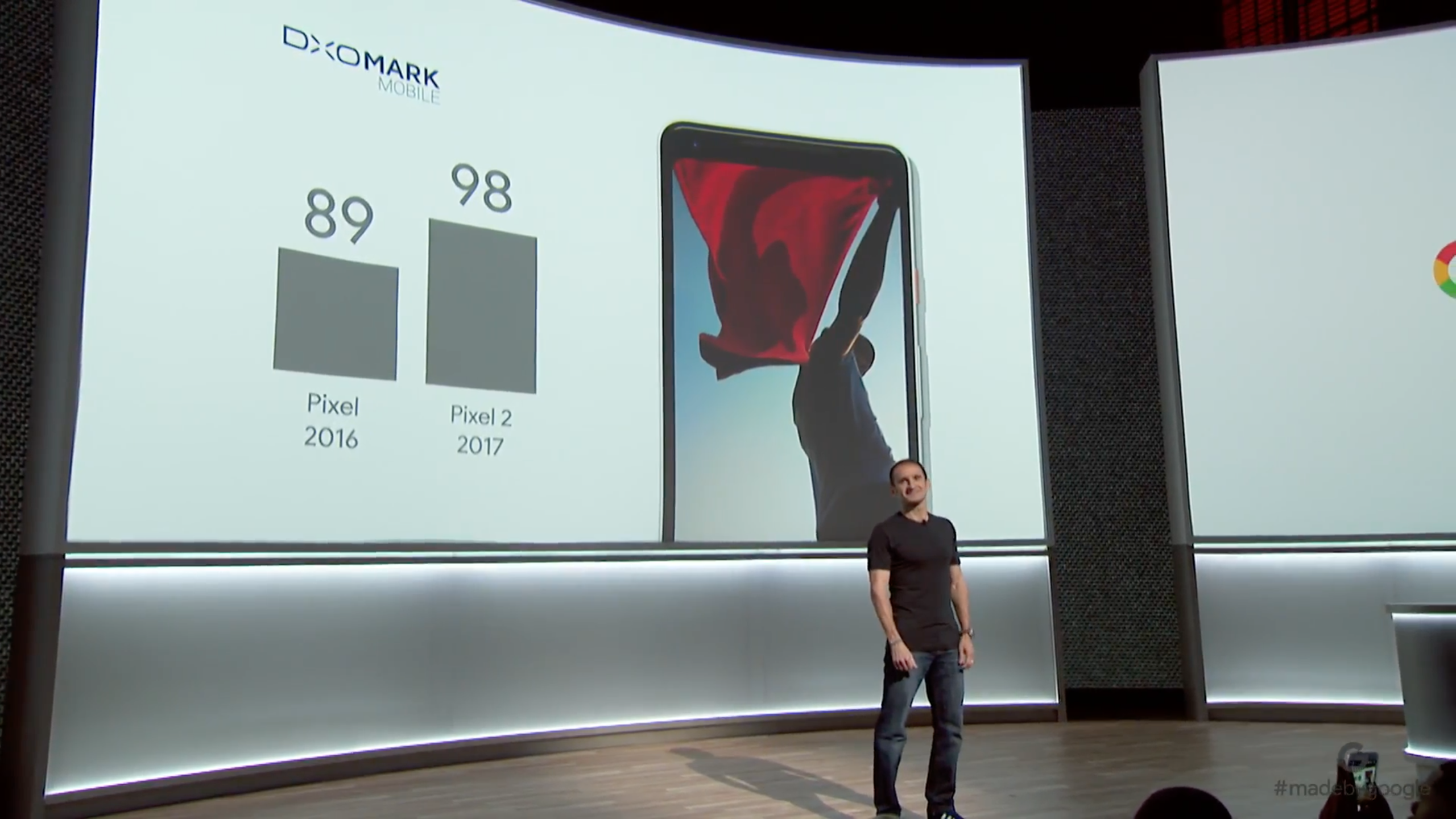 It also has a portrait photo mode similar to the iPhone’s but it uses two sensors in close proximity gathering data from the single lens, since there’s only one on the camera. It works on both front and rear facing cameras, and Google says it’s available instantly, unlike the portrait mode on iPhone which requires a few seconds to perceive depth and frame the subject.

Pixel 2 XL retails starting at $849, with preorders kicking off today in six countries, including Australia, Canada, Germany, India, the UK and the US. For a limited time, pre-orders also come complete with a free Google Home Mini thrown in.