Google has a new program called “Street View ready” which will make it possible for anyone with the right hardware to contribute to its Street View imaging database, typically assembled using Google’s official 360-degree camera-toting Street View cars. The first camera officially designated ‘Street View auto ready’ is Insta360’s Pro camera, the 8K 360 camera which captures still images at up to 5 frames per second, and which has real-time image stabilization built-in.

Google will make it possible to control the Insta360 Pro from directly within the Street View app, and will also be allowing device to capture photos and videos and upload them from the official Insta360 Stitcher software. The Pro’s 5 fps 8K shooting mode is a new feature being added to the camera via software update tailor-made for capturing Street View content, and a new USB hardware accessory will also be shipping from Insta360 to attach GPS data to captured imaging data automatically. 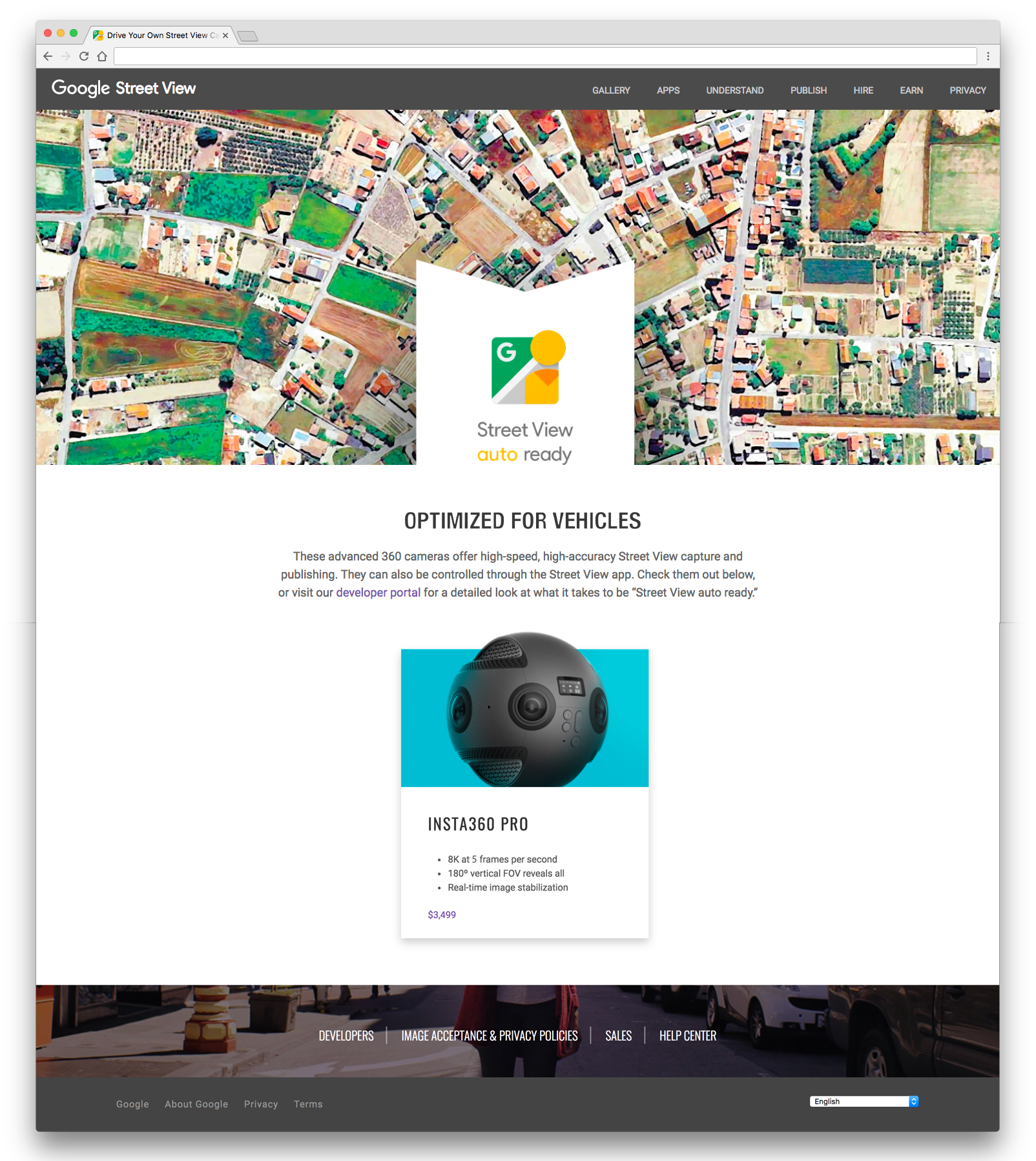 This sounds like a very cool way to let adventurous individuals contribute to the Google Street View imagery database, and it’ll help Google cover territory not necessarily easily reached by its own teams, including terrain accessible to specific organizations who want to document it for research purposes. Google has done limited contributions with third-parties in the past, including Faroe Islanders with its “Sheep View” project, but this could cast a far wider net – provided, of course, contributors are willing to pony up for the expensive Insta360 Pro hardware.

The camera retails for $3,499, and it’s the only hardware currently ‘Street View ready’-certified by Google. But Google will also be making it available as a loaner to qualified individuals and organizations, which should put it more within reach.