Toyota Research Institute (TRI) isn’t letting the grass grow long on its autonomous vehicle research platform: The research wing of carmaker Toyota is updating its self-driving test car to version 2.1, and it’s demonstrating the new architecture on a closed course for the first time ever. The new self-driving research vehicle incorporates new perception models, enabled in part by new hardware and component suppliers including LiDAR provider Luminar, which emerged from stealth earlier this year.

The other additions to this platform include a new full cockpit in the front passenger seat for drive-by-wire control with steering wheels and pedals. TRI says that this is useful for the research team in terms of giving them ways to study transferring control back and forth between driver and automated system. 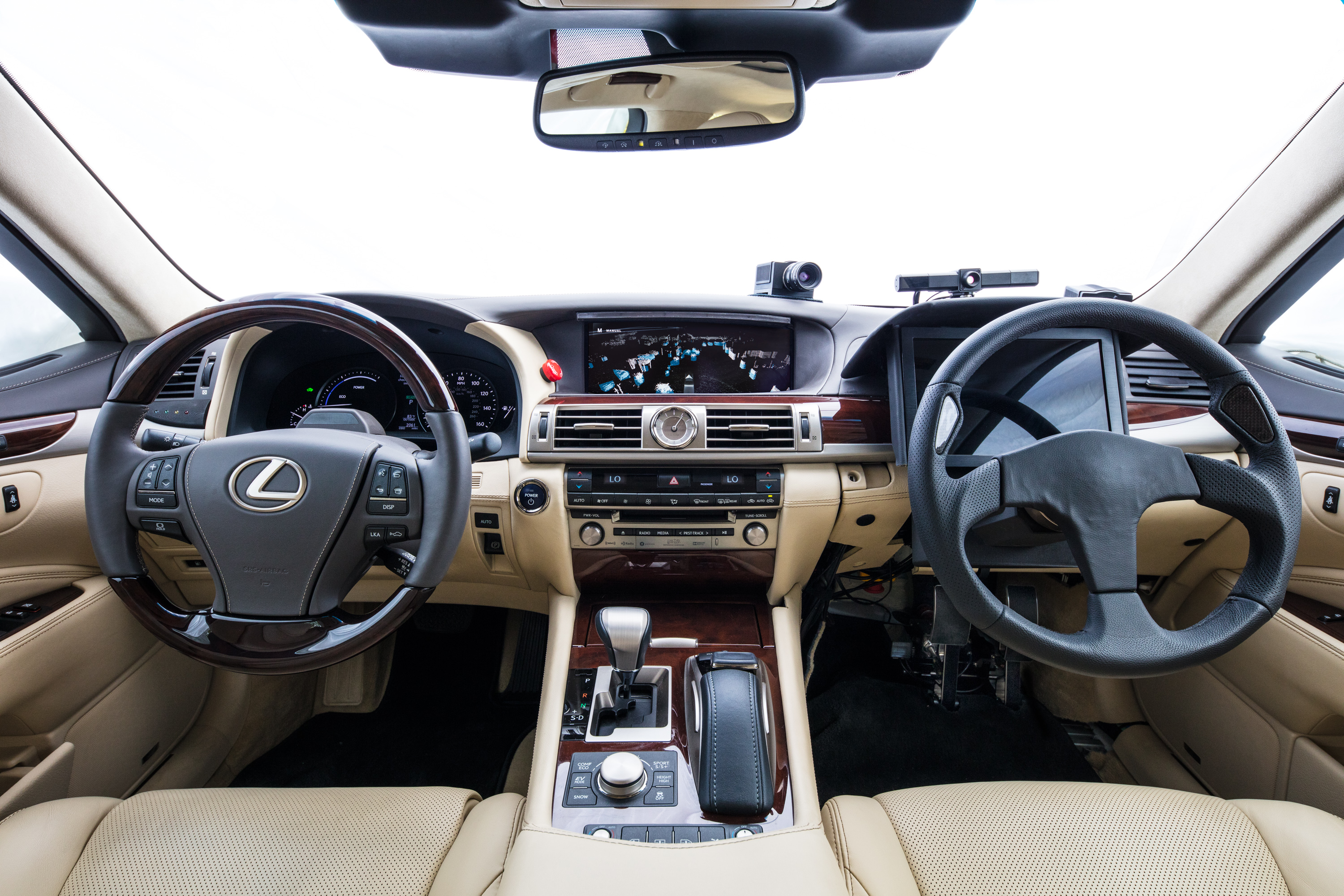 Toyota researchers also created a new UI system that unifies visual elements and graphic language across both its Guardian and Chauffeur system, to help combine the different levels of autonomy the system can provide into one more familiar interface. Guardian and Chauffeur represent the two different ways Toyota is looking to deploy autonomy: Guardian operates in tandem with a human driver in full control, and acting only to avoid crashes and mitigate accidents, while Chauffeur intends to offer full SAE Level 4 and 5 self-driving – meaning anyone on board is strictly a passenger, and bears no responsibility to take over control.

Both of these projects use the same tech stack including sensors and camera hardware, and this new version of the platform is the first version of its test vehicle that incorporates both Guardian and Chauffeur in one. It’s an interesting advance in terms of research because it could eventually mean that deployed vehicles with autonomous tech from Toyota could incorporate Guardian to begin with, and graduate to Chauffeur later on as the tech advances and becomes available.