Facebook doesn’t just want to make it easy to sign up to be a blood donor from the News Feed. It’s also creating a special kind of post for requesting blood donations of a certain type in a certain location, and then notifying nearby donors that qualify.

While many people are interested and willing to give blood, they might not know how to sign up, where to go, or have the social pressure to actually go do it. Putting this information on Facebook creates a highly visible reminder, and seeing the blood donor tag on people’s profiles could convince them they should sign up too. Plus, this good-hearted activity is likely to garner Likes in Facebook’s News Feed, which could help posts reach enough donors to find a local match.

It’s all part of an initiative in India pegged to the country’s National Blood Donation Day on October 1st. That’s when Facebook will start showing a message in the News Feed in India requesting people sign up, as well as offering a new section of the profile they can fill out. Users in India can find more information on donating blood here. 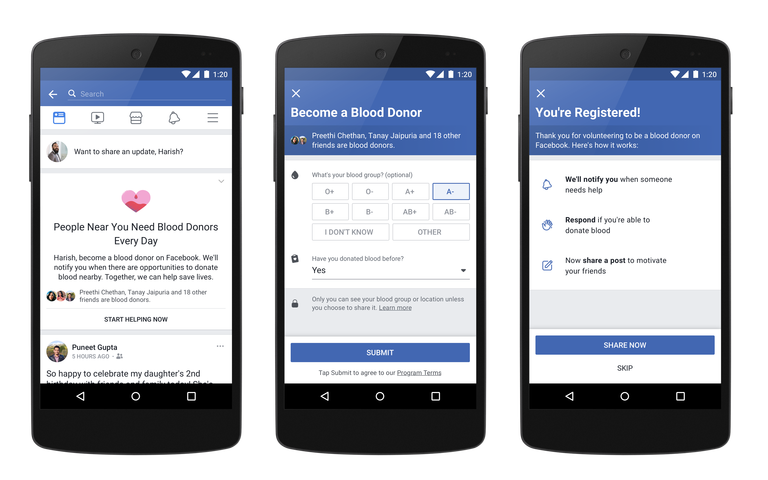 In the following weeks, Facebook will roll out the next phase in India, allowing people to make requests for donors to give blood for a specific person or organization like a blood bank or hospital. People will have the option to include the needed blood type, where it needs to be donated, their contact information, and a story about the person or group in need.

Then, people nearby who’ve indicated they’re willing to give blood will get a notification through Facebook requesting they step up. They’ll be able to vet the request and get in contact via phone call, WhatsApp, or Messenger. 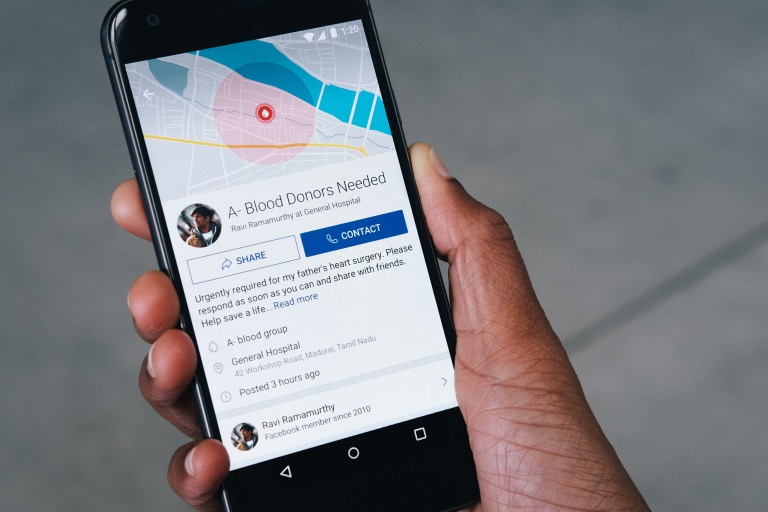 One important thing is that people aren’t actually registering with a blood donation bank using this Facebook feature. That will happen when they go to donate.

Eventually if the program goes well in India, Facebook could roll it out to other places. Back in 2012 Facebook similarly did a drive to sign people up for organ donation. And its News Feed alerts to register to vote were shown to have helped get 2 million people registered.

This week Facebook has been dogged by claims of election interference and its potential to negatively influence people. But Facebook has a huge capacity to push people to do good. It’s just a matter of balancing philanthropy and humanitarian causes with avoiding Facebook becoming a big guilt trip.