Software engineer Mike Borozdin proposed the idea of using artificial intelligence to determine if a mole was cancerous or not to his friend and fellow of Intel Software Innovators Peter Ma a few days ago. The team soon bought a high-powered endoscope camera on Amazon for $30, set up a website and got to work.

Doctor Hazel works by first going onto the website, uploading your concerning mole and then getting your result within seconds. Should the AI think what you’ve got is cancerous, it will then recommend you see a doctor for further testing. 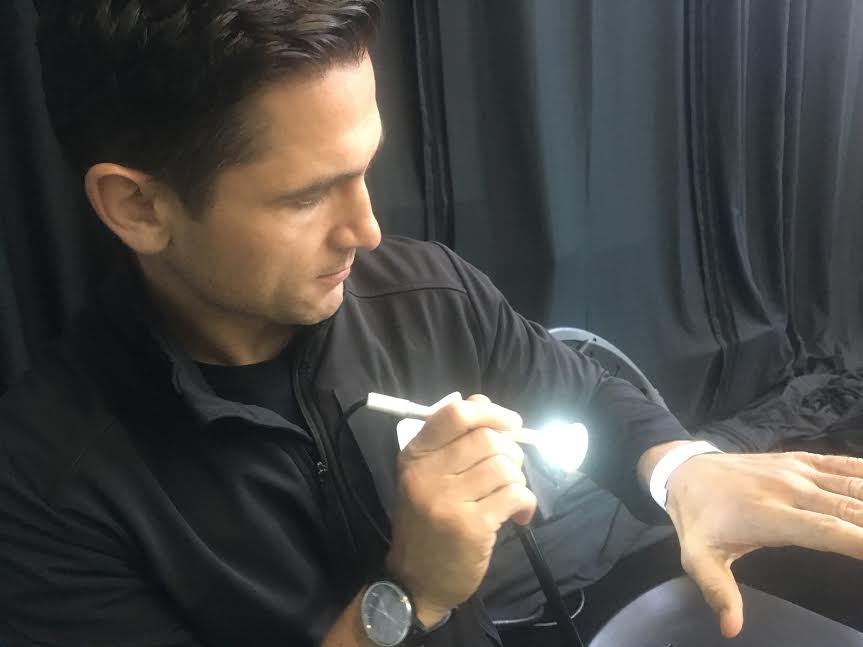 The team tried the system on a strange red patch I’ve suddenly developed and determined with a 74 percent confidence it was a non-cancerous mole. Though, Ma and Borozdin did caution this system has only been up for a day and might not have enough information so I’m still going to get it checked out later.

Note that there are already a number of apps used to diagnose skin conditions like FirstDerm and SkinVision. Those usually work by first taking a picture of the skin area in question, paying a certain amount to submit it to the app and then waiting for a skin doctor to get back to you with a diagnosis.

Obviously, it’s early days and Doctor Hazel isn’t set up to diagnose anyone just yet. Rather, the goal is to hopefully get people to volunteer their strange skin conditions to help improve the system.

The platform currently pulls from 8,000 variables to determine four different outcomes: nothing, a mole, melanoma or some other type of cancer.

Eventually the startup will have an app and possibly come with an image capture device the team can sell to doctors and hospitals to help them filter out non-cancerous moles in real-time, thus saving both patient and physician time, money and worry.

The main hurdle right now is getting the data needed to help Doctor Hazel predict skin cancer with at least a 90 percent accuracy. “There’s a huge problem in getting AI data for medicine. It’s painful to get the data, even from large institutions. No one wants to share, says Borozdin. “But amazing results are possible.The more people share, the more accurate the system becomes.”