As we move deeper into the Trump presidency and these turbulent political times, folks are more engaged with the news than ever. But many leave their news binge feeling helpless, without much they can do to solve the many problems they see in the world.

But Speakable, a platform that lets news readers take action on the issues they care most about, is introducing a new tool to the platform called Contact Your Representative. 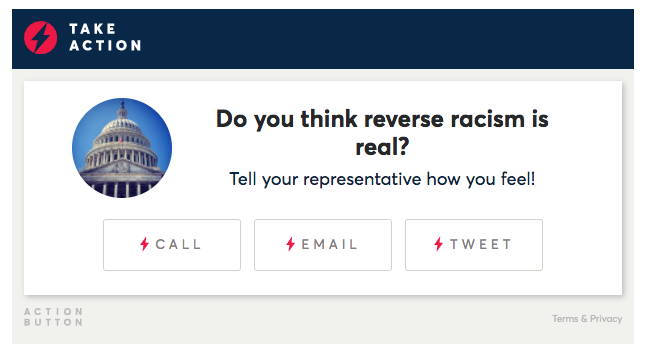 Contact Your Representative is a plug-in that lives on publishers’ websites, and can be added with a few lines of code. The button automatically recognizes who your congressional representative might be based on location (or can be manually input if you’re traveling) and gives options to call, tweet, or email that representative.

“What we’ve been seeing is that people are really engaging with political content,” said Speakable founder Jordan Hewson. “It’s highly consumed, highly shared, and very engaging. So we wanted to provide something that could be an agnostic tool of empowerment for readers, whether they’re on the left or the right.”