Top tier 1 automotive industry supplier Magna has introduced a new functional autonomous driving platform concept it’s showing off to automaker customers, which it says can work with any vehicle without impact to either car design or looks, and which can add scalable self-driving capabilities all the way up to SAE Level 4 (highly automated self-driving, which does not require human driver intervention).

The MAX4 platform introduced by Magna, which it debuted to media earlier this week in a modified Jeep Grand Cherokee, uses input from cameras, radar, ultrasonic and LiDAR sensors, along with onboard computing capabilities to offer an upgradable system that Magna says uses only a fraction of the power required by similar, existing solutions.

“The platform consists of multiple enabler subsystems, such as radars, LiDARs, cameras, compute platform, etc.,” explained Magna CTO Swamy Kotagiri, regarding how viable this is in terms of market-readiness. “All of these enablers are either fully or nearly production ready.”

Magna’s MAX4 also addresses a number of other issues that have been difficult in terms of adapting supplier platforms to existing vehicles, including making sure that cargo space in the back and room provided to passengers aren’t encroached upon. Magna also thought about user experience, and tried to hew close to existing Cruise Control implementations and interfaces, so that you enable it with a button-press and can disable it the same way, or by applying the brake pedal manually. 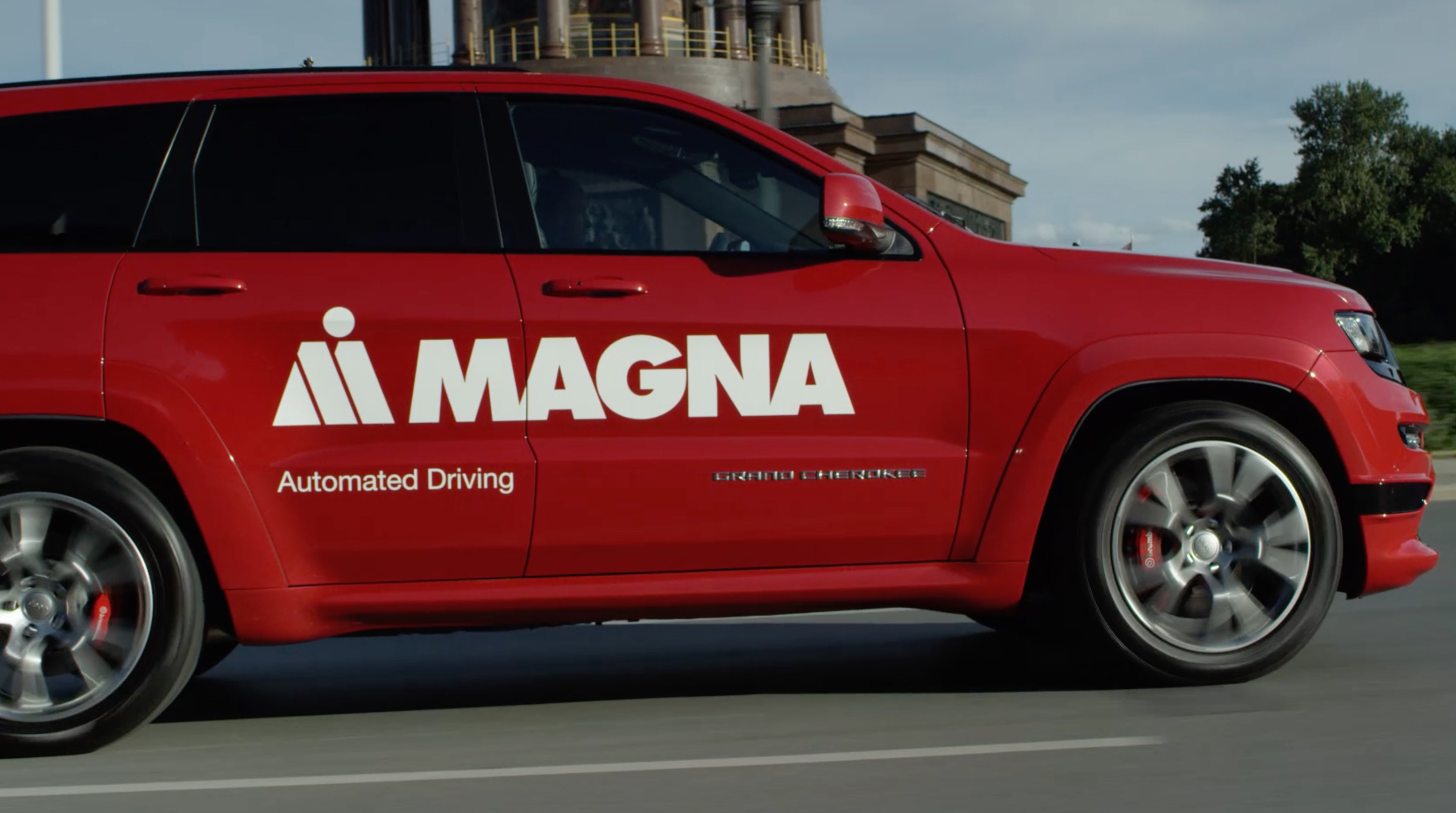 This is a natural progression for Magna, which has been building outs its self-driving capabilities in a bid to help address demand from its automaker OEM clients. Most recently, Magna used Level 3 self-driving test vehicles to conduct the first North American border crossing, during a drive that covered 300 miles in total across the U.S. and Canada, and during which the vehicle drove itself during 92 percent of the trip.

MAX4 is able to navigate both urban and highway, and Magna is now focused on getting it ready for production at scale and in significant volume. The final step for full autonomy, however, will rest with OEMs, who will take the base that MAX4 offers and complete the picture through implementation, according to Kotagiri.