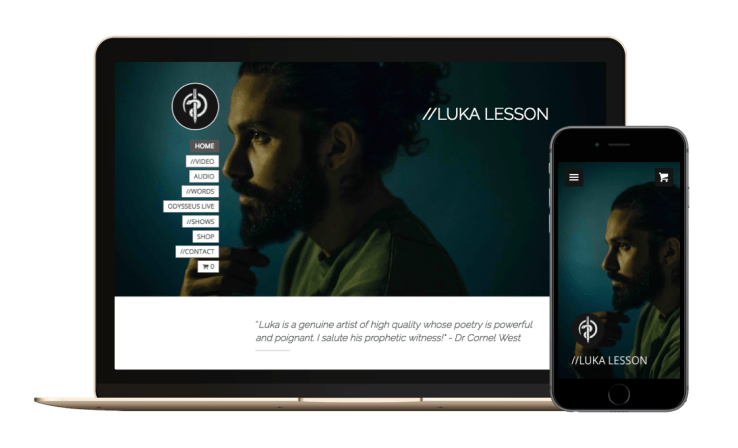 Half a decade after it was founded, website building platform Strikingly finally decided it’s time to raise a Series A. The Y Combinator alum announced that it has closed a $6 million round from investors including CAS Holding, Infinity Venture Partners, Sinovation Ventures, former Y Combinator partner Kevin Hale and TEEC. Strikingly also recently launched an app that lets users build and publish websites using only their mobile devices to help its growth in emerging markets.

Co-founder and CEO David Chen says Strikingly’s new funding will be spent on user acquisition and adding more features to its platform. The startup waited five years before raising its Series A because it became profitable the second month after its launch in 2012. At first this was just “ramen profitability,” but it was enough to sustain the founding team (which also includes chief product officer Teng Bao and chief technology officer Dafeng Guo) and support the startup’s organic growth. Strikingly took part in Y Combinator’s winter 2013 class and while it hasn’t disclosed its current user numbers, the company says it now has users in about 200 countries.

Now Strikingly wants to market more aggressively and take advantage of growth opportunities in emerging markets in Southeast Asia, Latin America and Africa. The company has already doubled its employee headcount since the beginning of the year to 150. Many of Strikingly’s new hires were made for its product development team. While about half of Strikingly’s customers use it to launch personal websites, a lot of its users are freelancers and design agencies who create sites for clients, so the company also recently started a reseller program.

“I think it’s quite a healthy business all around, but we’ve been trying to boil down our company culture and core offerings, so we are ready to actually grow,” says Chen.

Part of Strikingly’s Series A will be used to add more features to its mobile editor, which will help it attract more customers in mobile-first markets like Southeast Asia. Chen says the app was designed to be a standalone editor, instead of a complement to its desktop editor. This means that users can manage their account, create sites and publish them using only their smartphones.

“We’d heard suggestions for a mobile editor, but we didn’t do it before because we thought building a website is so much easier on a PC,” says Chen. “But one thing we didn’t realize is that a lot of people just don’t have PCs. They said ‘we only use Strikingly on a phone.’”

The company claims that when it launched in 2012, Strikingly’s platform was the first mobile-responsive website builder. As smartphones became ubiquitous, more companies began offering similar products that make launching mobile-friendly sites a relatively straightforward process for people with no developing experience. A partial list of Strikingly’s rivals include Wix, Weebly, Squarespace and WordPress.

Chen says that Strikingly’s main differentiator is also its main value proposition—the ability to start with a single landing page and then easily expand the site’s functionality with e-commerce tools, blogs, mobile apps and other features. Strikingly targets entrepreneurs, startups and creative professionals and its goal is to keep up with clients as their businesses grow. Its strategy appears to be working so far: Strikingly claims a 90 percent retention rate, and says that 96 percent of users it surveyed would recommend the platform to a friend.

“We have been growing with our users for five years,” says Chen. “Some started as small businesses and have grown into sizeable companies that need more features like e-commerce, so we wanted to go in that direction and develop products for power users.”