Veo, a Copenhagen-based startup, wants to “democratise the recording of football”. By taking advantage of developments in AI and video camera technology, the company offers a solution for amateur soccer clubs that want to video and stream matches and training sessions without the need for a camera operator or vision mixer/editor.

The Veo camera mount consists of two 4K cameras encased within a 3D-printed box, designed to be positioned on a four-metre tripod just outside of the pitch’s halfway line. The cameras then record a 180-degree panoramic view of the full pitch, with the resulting image stitched together and the AI-tech working hard to follow the action via virtual panning and zooming on the resulting recording video file.

That, of course, means that a portion of the image will often be cropped out, resulting in a loss of resolution overall. However, the idea is that by starting with 4K the resulting video quality is more than sufficient, not least for playback on smaller screens, such as smartphones and tablets.

“Today, less than 1 per cent of all football matches are recorded,” says Veo co-founder and CEO Henrik Teisbæk. “This is because in order to record a football match properly, you need a cameraman to be filming from an elevated position for 90 mins, and then be able to edit the footage afterwards. Most teams simply don’t have the resources required for this, meaning that millions of goals and unique footballing moments are never viewed or shared by the players”. 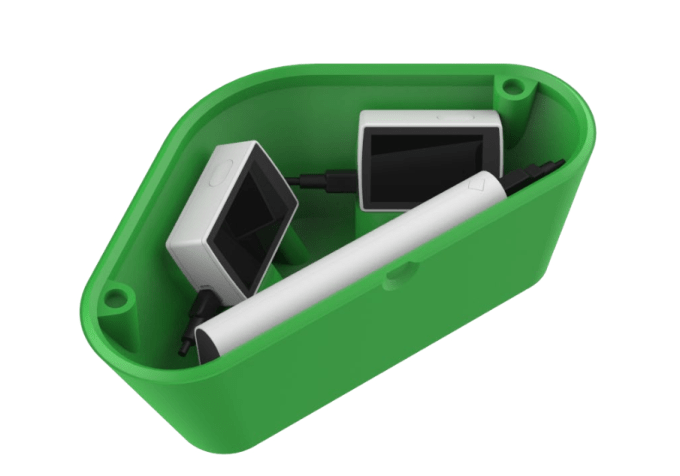 “Using deep neural networks and computer vision, our tech can now track the ball and players with consistency and precision. This is combined with advanced video editing techniques, so we can zoom and pan inside the full panoramic video and ‘crop’ out the relevant part”.

Despite the aforementioned loss of quality, the advantage of this approach is that the Veo cameras can record from a static position, and don’t need to pan and tilt during the recording. It also means coaches and players can manually create their own edits after the match, by choosing the virtual camera angle and where to zoom.

“Since the zooming is done digitally, the output pixel quality is reduced. However it’s important to stress that the recordings are not meant for professional TV broadcasting and that the reduced video quality format works really well on devices with smaller screens,” reiterates Teisbæk.

The startup’s business model is based on subscription fees from football clubs. The entry camera subscription will starts from £999 annually. Clubs can upgrade to embed their local sponsors’ logos onto the match videos and highlights, which could also provide those clubs with a welcome additional revenue stream.