This is the Republic of Gamers Zephyrus by ASUS. Zephyrus for short, it’s a gaming-oriented ultrabook-style laptop with an NVIDIA GTX 1080 graphics card living inside.

The twist? The card is slightly underclocked, using a new design spec NVIDIA is calling Max Q, which allows a thinner, lighter chassis to be used with a top-tier card, instead of the usual seven pound metal behemoths we’re used to seeing. By contrast, the Zephyrus weighs five pounds, but looks even lighter than that.

What NVIDIA’s Max Q design is about 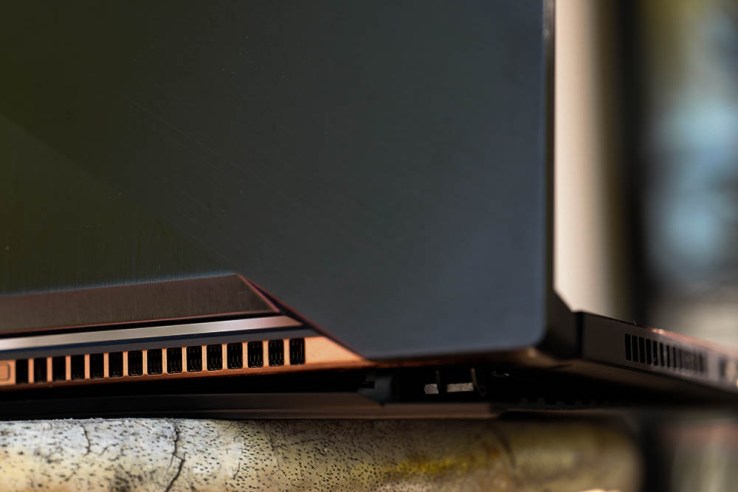 The Zephyrus would be considered a dream about a year ago. For nearly three grand, you get a 120Hz, G-Sync enabled 15.6-inch matte screen at a standard 1920 x 1080 resolution. It sounds odd at first, but it gets interesting as soon as you open a graphics-intensive application and the fans kick in.

In short, the Zepyrus is a desktop replacement laptop — that works best on a desk, not your lap.

This speedy advancement in desktop replacement/gaming laptop design is thanks to Max Q, a new design spec by NVIDIA. By slightly underclocking the 8GB GTX 1080 graphics card, ASUS was able to squeeze it in the chassis.

The rest of the specs are as high-end as you’d expect for a $2,700 machine. A quad-core Intel Core i7-7700HQ processor, 16GB of RAM, 512GB SSD for storage and a color customizable QWERTY keyboard make up the rest of the Zephyrus’ identity. 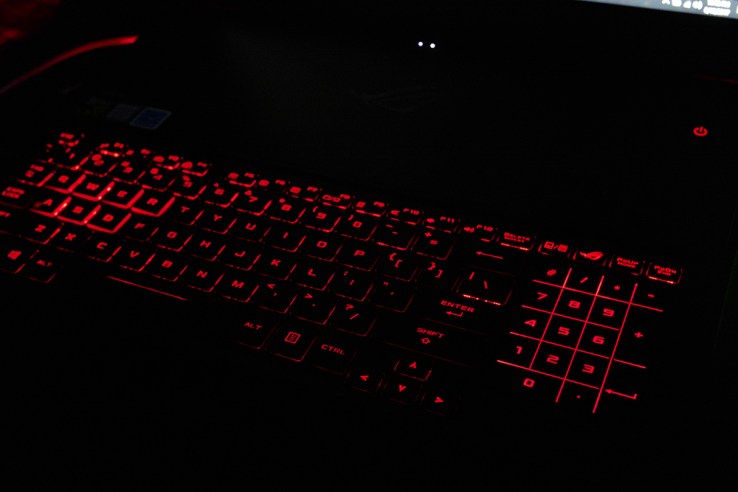 Of course, a smaller GPU is not the first and only problem a manufacturer needs to solve. Most gaming laptops have thermodynamics problems, especially near the palm rest. So, ASUS moved the keyboard and trackpad towards the edge, away from most of the heat — a double-edged sword of a move. 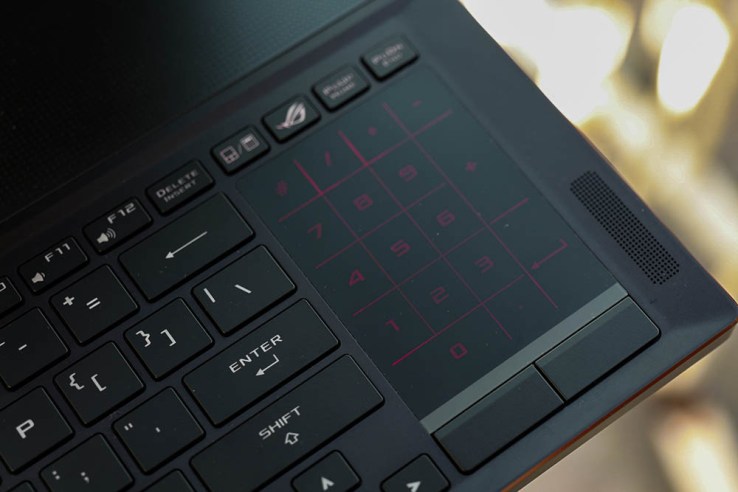 Usually, laptops with desktop replacement capabilities get excessively hot in a short period of time. To combat this, ASUS created a mechanism linked to the laptop hinge, so a majority of the panel underneath the machine raises it off the surface, creating a new pathway for air to circulate. Throw some red lighting into the mix and your solution to keeping cool looks cool. 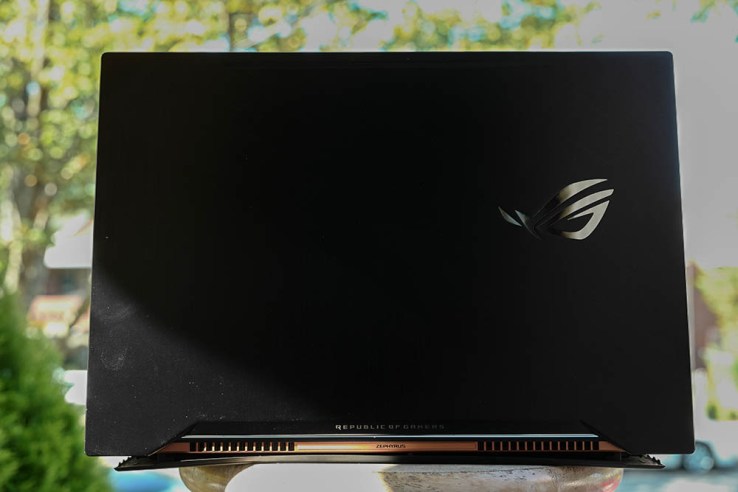 It’s kind of moot to talk about what games the Zephyrus can run. The answer is all of them, usually on high settings, if not ultra. This is thanks to the low 1080p resolution, which for a lot of us is just too few pixels after being spoiled by quad HD and Retina displays.

With fewer pixels to push, the Zephyrus can focus on processing those hectic moments I had in the Destiny 2 PC open beta, at a solid 100fps. With DirectX 12 enabled and the massive environments of Arma III: Apex, frames danced around 50-70fps on high settings, which is still acceptable.

Rainbox Six: Siege, League of Legends and Fallout 4 are all titles that all run in the comfortable 80-100+ FPS range. So, as a gaming machine it will hold you down and isn’t bad at all.

Now as a conventional productivity machine, the Zephyrus loses some points.

Now as a conventional productivity machine, the Zephyrus loses some points. With no palm rest, you’re either practicing your piano form or using the included rubber palm rest.

Despite the healthy selection of four USB 3.0, one USB-C, an HDMI and audio ports, there’s no SD card slot. The island-style keyboard has very little flex, which is good, but it’s just that — not much better than a MacBook or Surface keyboard, and for the price you should expect something mechanical.

Audio performance is average. Despite the small speaker grilles, they pack a punch and can fill a small room with acceptable quality, with more emphasis on clarity than bass.

As for that odd touchpad: it uses Microsoft Precision drivers, which makes it very accurate, but it lives a cramped existence — you can turn it into a numpad at the push of a button, however.

Battery life? You’ll get two hours out of the Zephyrus, at the most. 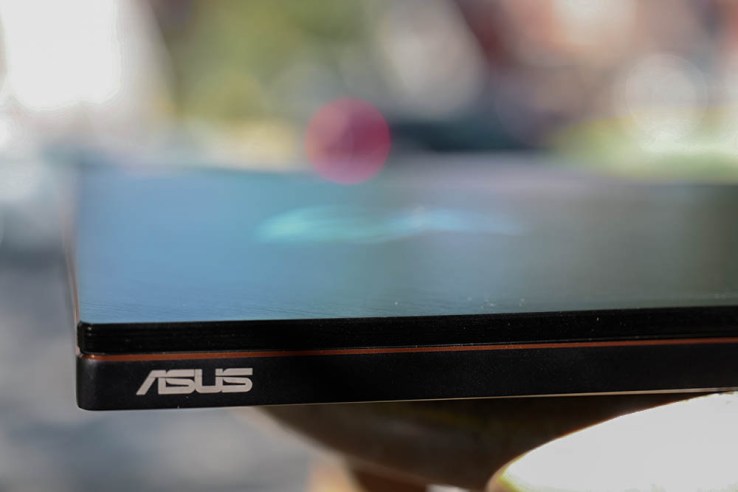 If you’re willing to spend nearly $3,000 on a laptop with the looks of an ultrabook but the power of a desktop, this is for you. Yes, it might have keyboard and touchpad placement off the beaten path — their placement will either drive you mad or leave you in awe.

Definitely, the battery life spells out “outlet warrior” instead of “mobile warrior”. But it does everything else with some charm.

For me, this is very nearly it: the laptop that can double as a gaming and editing powerhouse, with user-input friendliness which also makes it a productivity machine. Max Q design has proven its worth as a technology, now the overall experience needs to catch up.

If we could get bigger and smaller versions, with longer battery life — that would give everyone a run for their R&D.