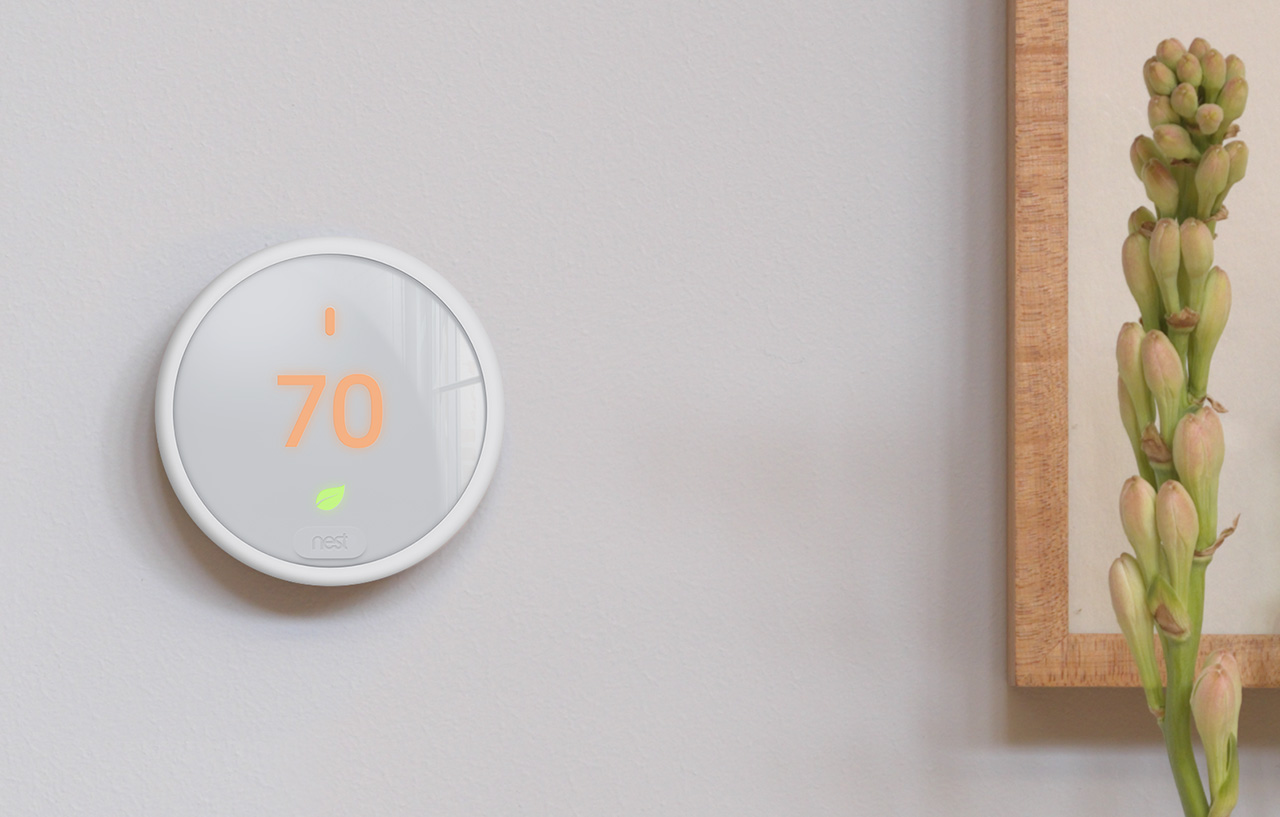 As rumored, they’ve shaved off a good chunk of the price tag; whereas the original Nest Learning Thermostat will continue to sell for $250, the Thermostat E will go for $169.

So what’s different, beyond the price?

First and foremost: the look. 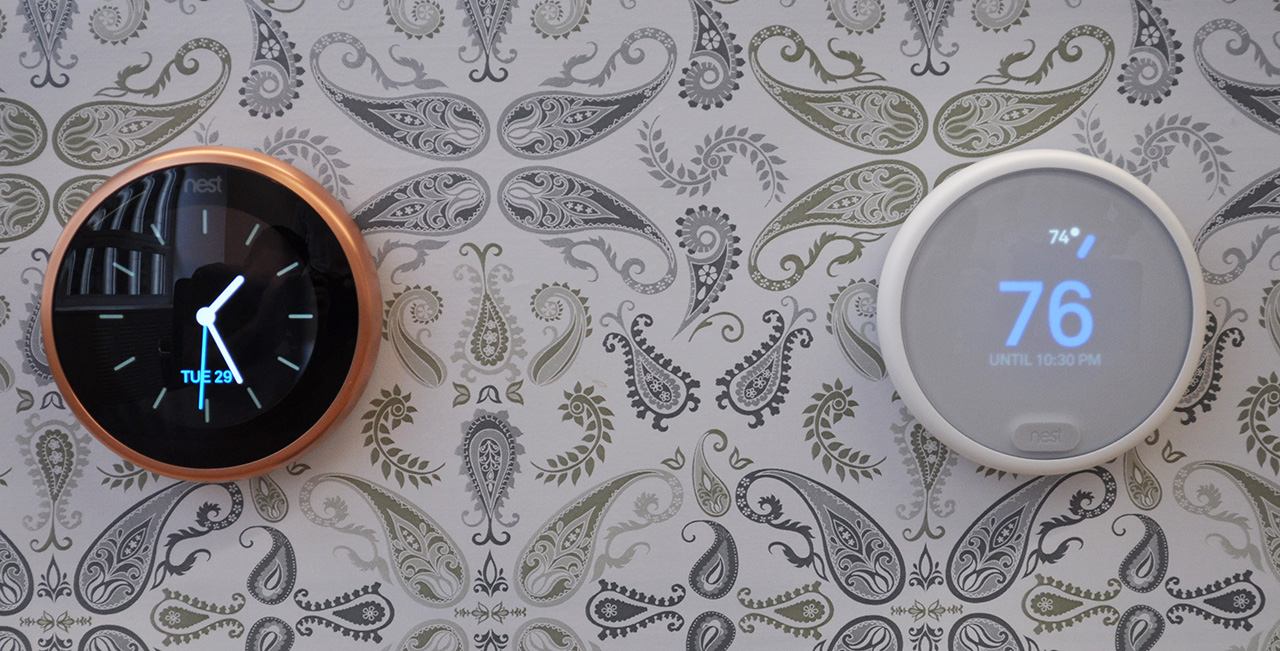 The Thermostat E, meanwhile, is meant to blend in. It’s for the vast majority of the thermostat buying population that doesn’t really want anyone noticing the little doodad that keeps their house warm.

Nest has dropped the metallic ring around the edges, instead replacing it with a white plastic ring that the company says is meant to feel like ceramic (it felt like soft-touch paint to me; velvety when brushed with the thumb, harder when tapped with a fingernail.) The screen, too, is white — or, more accurately, a fancy white diffuser on top of a black screen makes it look like a white screen. Most walls are white/off white, so going all white here lets the E blend right in.

It’s still a “learning” thermostat, though they’ve dropped the “learning” bit from the name — that is, it can learn your temperature preferences over time, eventually cranking the heat or cooling to your predicted likings without you having to touch it.

Or not! Want to just set a simple schedule? It’ll do that. Out of the box, it comes set to a “Basic” Schedule — one based on an average of the hundreds of thousands of schedules they’ve “learned” so far.

So what can’t it do that the original can to account for that nearly-$100 difference? The screen is a bit more basic; it’s only meant to tell you the temperature now, rather than doing fancy things like acting like a clock in its downtime. Meanwhile, they’ve dropped a few wiring connections inside that Nest says will limit compatibility to around 85% of US houses rather than 95% — so if you’ve already checked if the original model will work with your place, you might want to check again here.

Otherwise, it seems to be about the same — you can still control it remotely, or hook it into your Alexa/Google Assistant/etc.

Orders for the new Nest Thermostat E should open up on August 31st, with shipments going out on September 1st and hitting retail stores sometime around the 10th. 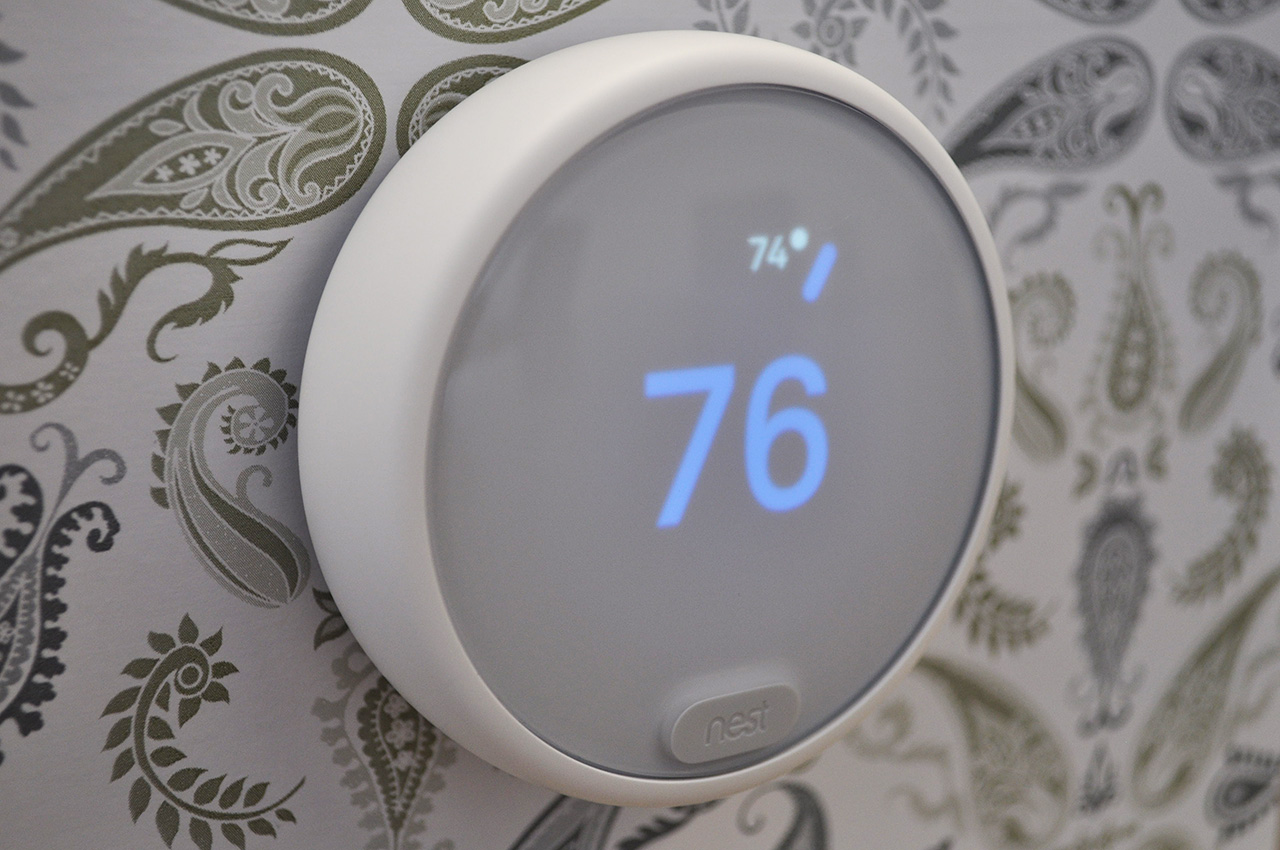