Reddit’s first employee has taken over the reigns as CTO of the popular internet company.

Chris Slowe was the company’s founding engineer when he joined the team in late 2005. Slowe joined Reddit after getting to know co-founders Alexis Ohanian and current-CEO Steve Huffman in Y-Combinator’s first batch where he was serving as the founder of a different startup at the time. 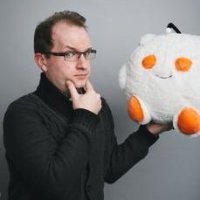 Former Reddit CTO Marty Weiner, who was also Pinterest’s founding engineer, is now serving in an advisory role to the company and, according to his Twitter bio, is currently “on sabbatical working on top secret stuff.”

A Reddit spokesperson confirmed the executive change to TechCrunch.

“Reddit is excited that Chris Slowe, our founding engineer, is our CTO. Marty Weiner ushered in engineering excellence that helped make Reddit what it is today – we shipped more product under Marty’s leadership than ever before,” the spokesperson told TechCrunch. “Marty remains an active member of the Reddit family and is an advisor to the company.”

According to Slowe’s LinkedIn profile, he started the new role in May of this year. Slowe has been on as the director of engineering at Reddit since leaving Hipmunk, a travel planning startup founded by Huffman, in late 2015 (he remains an advisor there).