This morning, Cloud Elements, a five-year old startup, announced the latest release of its API integration platform, which has been designed to put data at the center of its integration strategy.

In the not-so distant past, large proprietary software stacks ruled the enterprise. These companies wanted to lock you into their way of operating, and playing nicely with a competitor’s stack wasn’t a huge priority. That’s all changed as we have moved into the new cloud reality. In this world, working together is paramount and having tools that facilitate easy data sharing among different systems is essential.

Cloud Elements claims that on average, enterprise companies have over 1000 cloud services running, and making them all operate together has proven challenging for organizations. Using something as simple as a customer contact record as an example, Mark Geene, CEO and co-founder at Cloud Elements, points out that hundreds of applications might need to use that record. 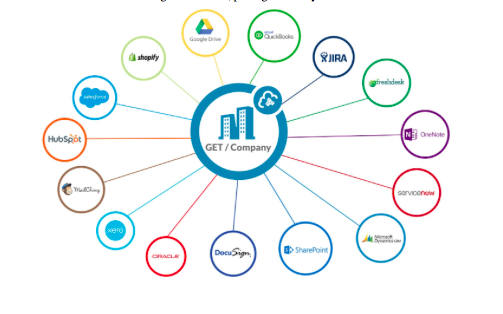 “One of our key objectives in the new release is to improve the developer experience and make it faster and easier to build new integrations. We have put data modeling front and center. Now we encourage [developers] to define data they care about and then go about creating integrations,” Geene explained.

They believe this approach will make it easier to build integrations. Once built by IT or a consultant, they can be distributed using Elements Connect, a marketplace of sorts designed for sharing integrations. Developers and other interested users don’t have to reinvent the wheel every time. They simply go to Elements Connect and find common integrations they need pre-built.

Cloud Elements was founded in 2012. It has created over 130 elements, which are available out of the box, but customers can and do build and share their own using the Cloud Elements development platform. The company has raised over $21 million including $13 million Series B in January of this year.

Some Cloud Elements competitors include Mulesoft, a company that went public last March, along with legacy players like Tibco and SnapLogic.