Today, Samsung showed off its flagship Note 8, the device has a big, beautiful screen, the S Pen and a battery that’s a little bit smaller. The company also announced that there’s a new $130 Gear VR on the way that you’ll have to buy if you want to try Samsung’s brand of VR on the Note 8.

What’s new over past models? Not much. 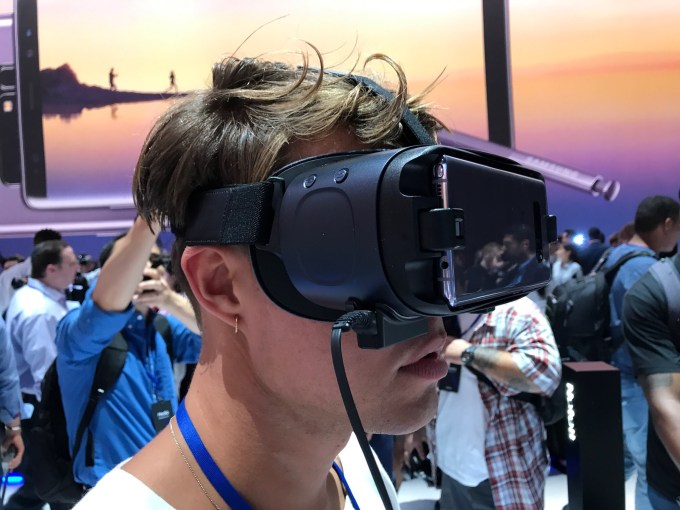 Samsung has made several upgrades to the Gear VR headset since the device, which was built in conjunction with Oculus, was first introduced in 2015. The company added a little controller earlier this year and has continued shuffling buttons around, but for the most part these updates have just been focused on supporting the expanding sizes of new Samsung smartphones.

While headsets like the Daydream View from Google (Which Samsung launched S8 support for last month) are fairly future-proof when it comes to new devices thanks to NFC communication being used to perform the calibration, the flush physical connection through the phone’s bottom port on the Gear VR has required users to buy new headsets or connectors for bigger Samsung devices with different ports. 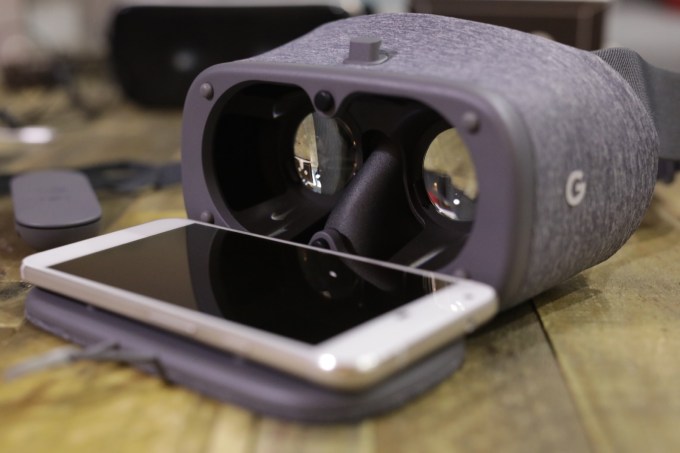 It’s not a big deal at all for those who are buying the headset for the first time but for those on a yearly upgrade cycle with the Galaxy or Note, it’s really annoying.

You’ve seen the writing on the wall, the VR market is struggling as investors and founders deal with headset sales that aren’t meeting expectations. It’s hard enough to get consumers to buy a headset once, Samsung expecting its die-hard customers to do it multiple times is a tall order.

It’s obviously unwise to base the form factor of a major flagship device based on what can fit inside a mobile VR headset, but it’s also a little shortsighted for Samsung to have even forced that choice on itself. NFC would be great move if the platform could grow to support it. Something like a flush external cable may look a bit junky, but how sexy does a plastic headset you snap your phone into really have to be?

In January, the company announced that it had shipped 5 million headsets and a lot of those were giveaways. Samsung shipped free Gear VR headsets with pre-orders for both the Galaxy S7 and S8 line and had a number of deals over the past couple years attempting to brute force their way into the VR market through giveaways.

As its smartphone upgrades shovel its old Gear VR headsets into obsolescence, it seems that Samsung is pretty much wasting a lot of these previous efforts. The Gear VR is due for a real upgrade to bring in a number of VR features, but its hardware also needs to mature to the point where it’s not alienating those who upgrade their Samsung phone every year or two.