CNN is launching its own daily news program on Snapchat, starting tonight at 6 PM ET. This is the second news show to arrive on the social platform, following NBC News’ early success with its twice-daily show “Stay Tuned,” which saw more than 29 million unique viewers in its first month. CNN’s program, dubbed “The Update,” will differ in that it only runs once per day. However, breaking news will be delivered through “The Update” as it occurs.

Another difference between CNN’s show and NBC’s, is that NBC News’ program is hosted by two dedicated anchors, Gadi Schwartz and Savannah Sellers. Meanwhile, CNN’s show features curated reporting from its anchors, correspondents and reporters around the world — it doesn’t have special anchors just for this show.

The reporting featured in “The Update” is curated by editorial and design teams, in order to be fitted into the swipeable, vertical video format used by Snapchat. (This isn’t the first Snapchat show to use footage not originally shot in vertical video, by the way — BBC’s “Planet Earth II” was filmed before Snapchat Discover’s platform existed; it was later formatted for vertical video viewing.)

As for the format itself, the 6 PM ET program will include five or more news stories, and will be roughly three minutes in length. It often uses a split-screen format where there are two photos or videos, one on top of the other, as well as larger text graphics for things like headlines, key points and soundbites.

The show’s focus will be hard news, and may favor the topics CNN already found resonate with Snapchat users, like climate change, race relations, and politics and international affairs. Snapchat users also can tap through the stories to skip those they don’t want to watch.

It will generate revenue through Snap Ads, but the companies declined to share the details around the revenue share. 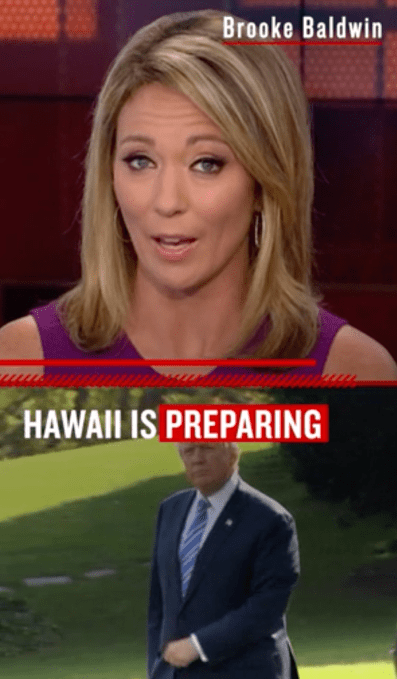 The show isn’t being handled by a single team that works only on “The Update,” we understand. Rather, the show’s prep and publication is integrated into CNN’s current publishing process which breaks news across TV, digital and social at the same time. CNN has a dedicated social publishing team based in New York, Atlanta and London.

NBC News, meanwhile, is said to have a crew of 30 full-time employees for its Snapchat program.

The launch of CNN’s new show is a continuation of its existing partnership with Snapchat. The news organization was one of the early launch partners for Snapchat Discover, which expanded into Snapchat Shows a year ago. Snapchat has since worked with a number of TV networks and studios to create mobile TV-like content for its platform.

To date, Snapchat has aired nearly 25 series and more than 200 episodes, attracting 88 million unique viewers, who have collectively watched 22 million hours of content. Today, there’s more than one Show per day on Snapchat, but the company aims to increase this to three Shows per day by year-end.

“Since launching content on Snapchat, we have believed in the importance of giving our community access to accurate and authoritative news coverage, and CNN has played an important part in that from the beginning,” said Sean Mills, senior director of Content Programming for Snapchat, in a statement. “It’s more critical than ever that Snapchatters have access to the best journalism in the world, right when news breaks, and we’re excited to watch CNN deliver that to them through The Update,” Mills said. 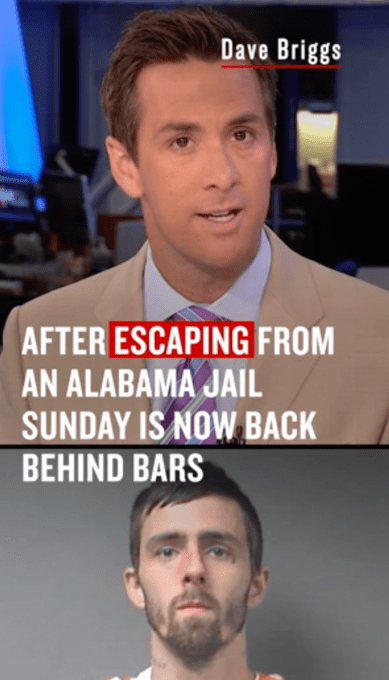 Beyond CNN’s presence in Discover, another Snapchat Show called “Good Luck America” is hosted by a former CNN correspondent Peter Hamby. While not a daily news round-up, it has a news focus — U.S. politics, and the Trump administration in particular, are the topics at hand.

The focus on mobile TV — including breaking news and news shows — comes at a time when Snapchat is working to differentiate itself further from rival Instagram, whose Stories feature alone has been outpacing Snapchat’s user base. Snap more recently has launched other new additions, like its Snap Map, and stitched together concert videos, called Crowd Surf, to help in that regard.

News is a promising category for Snapchat’s mobile TV ambitions, given that many of today’s younger users no longer watch traditional TV, preferring to get their news online and often via social networks.

With NBC News’ “Stay Tuned” recent announcement that it reached nearly 30 million unique viewers in its first month, it appears there’s at least some early demand for this kind of programming. But now that NBC won’t be the only news game in town on Snapchat, it will be interesting to see if its numbers hold up over time.