Roku has begun to crack down more on private channels – a feature originally intended to allow developers to test their channels ahead of submission to Roku’s channel store, but which soon became a means for channels streaming pirated content to reach Roku’s user base. According to several reports, the company has recently begun to display warning messages when users add a private channel on their Roku device. As a result, some channels have decided to end support for Roku, in anticipation of their forthcoming removal.

At some point over the past week or so, Roku began to display a warning message to users who install a private channel on their device, TechCrunch confirmed with sources familiar with the change at Roku.

Reports from Cord Cutters News and TorrentFreak – sites that track the streaming landscape – have also reported on the matter.

Now, when a user attempts to add a “non-certified” channel, they’re alerted to the fact that these channels have to abide by Roku’s terms and only distribute legal content. The notice also informs users that if Roku determines the channel violates copyright, the company may “remove this channel without prior notice.”

The fallout from this is already beginning. A better-known piracy channel iStreamItAll has been operating in a legally gray (and frankly, a bit shady) area. It had used a similar argument to VidAngel: that it a loophole in the law meant you could digitally rent and stream DVDs over the internet. But a court ruling has since ordered VidAngel to shut down. That effectively brands iStreamItAll as illegal, as well.

Now the company’s website has been updated to indicate that it’s removing support for the Roku platform in 2019. Of course, that end date could come earlier if Roku takes a more immediate action. Other channels have been put on notice, too, and are considering their options. Most are likely waiting to see if they get booted by Roku.

The ecosystem of private channels is huge. Today, there are over 1,000 private channels that work on Roku, we’ve confirmed. Not all promote illegal content, however – some are adult channels, and some are tests, as Roku intended. 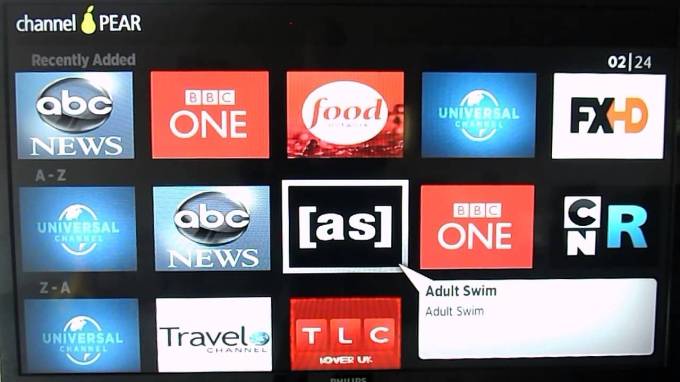 Roku has surely known for some time about the piracy problem associated with its platform, just as Amazon continues to be aware that its Fire TV Stick’s popularity has a lot to do with how easy it is to sideload Kodi, and other software that facilitates access to illegal content. (Firestick that s*** is even a saying!) Amazon seemingly gets to wash its hands of the problem because it banned the Kodi app and the sale of “Kodi boxes” from its site.

Roku, like Amazon, has been in a position where it could turn a blind eye to the piracy problem while also reaping the rewards. The channels are private, after all. What they do isn’t Roku’s problem. If legal action is to be had, it will start with the channel’s operator.

To what extent consumers understand the illegal nature of what they’re doing is less clear. Unlike the crackdown on torrenting by ISPs, or before that, the RIAA and mp3s, there hasn’t been as much activity in terms of law enforcement or legal action targeting consumers who are illegally streaming TV and movies through these devices. Instead, we’ve only seen things like sporadic arrests of Kodi box sellers in the UK.

Meanwhile, Roku’s popularity soars. eMarketer’s 2017 forecast put Roku ahead of Chromecast and Apple TV in the U.S., for example. And Roku’s 15 million monthly users have streamed some 7 billion hours in the first half of this year – a figure that’s grown by 61 percent since 2016.

But now Roku is looking to go public, so it needs to get its house in order.

It has also been dealt a notable blow in Mexico, where its device sales have been banned specifically because of the piracy problem. (Roku said earlier it will fight this decision.)

Asked about this apparent shift in stance on private channels, a Roku spokesperson offered the following statement:

“We want to encourage our customers to be careful when adding channels to their Roku accounts, and we do not recommend, promote or encourage use of any channels not found in the Roku Channel Store. Roku’s policies prohibit streaming content on our platform without distribution rights from the copyright holder. We are actively cooperating with the content community and other rights holders in their efforts to combat piracy.”

Taking down channels is nothing new for Roku. If it determines a channel is violating copyright, it will take action, which can include disabling the channel. Roku also operates a portal for reporting copyright violations, and it has removed many private streaming channels.

We asked Roku how many private channels it has kicked out to date, but the company declined to share a number.