That’s not quite how Amplitude pitched itself initially, which was more about undercutting other analytics companies on price. Skates (pictured above with his co-founder Curtis Liu) said this is less a change in direction for the company than a new articulation of “what we’re good at.”

He added that Amplitude was “afraid to say that in the past,” partly because it was afraid of alienating marketers — a group that Skates is now comfortable insisting Amplitude is not built for. Instead, he said he’s focused on creating analytics tools for product teams.

What’s the difference? Skates said that when marketers look at analytics, they’re basically looking at where visitors are coming from and then how those visitors convert into paying customers: “Each step is a subset of the last step.” The product team, on the other hand, is trying to answer more difficult questions, like how different features affect long-term retention. 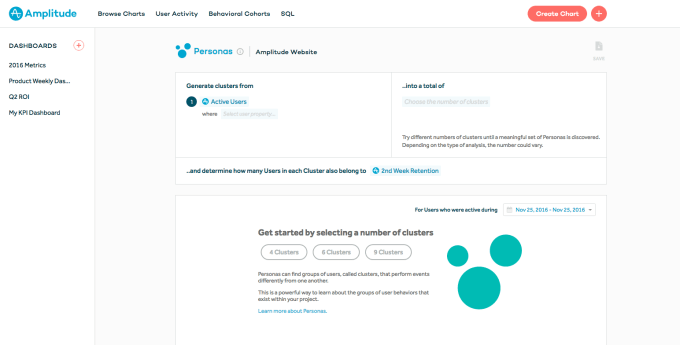 “Your users can do anything,” Skates said. “The questions you’re trying to answer are a lot more complex.”

Amplitude says that it has more than 5,000 customers, and in the past 12 months, it’s signed up big new ones including Microsoft, Capital One and Twitter.

In fact, in the funding announcement Microsoft’s Gooi Chungheong said, “Amplitude has saved us months of engineering investments into understanding user behavior in our products.”

Amplitude has now raised a total of $59 million.