Apple is reportedly working on an Apple Watch that won’t have to be tethered to your phone for data, freeing that small fitness tracker on your wrist from the oppressive confines of having to carry around a now-critical piece of technology for operating in your daily life.

This will probably have repercussions for the battery life of the watch that you have to charge every evening. We probably don’t know exactly how this kind of tech is going to play out yet — like whether it needs a separate data plan or would be more expensive. But it seems like a thing that people have been asking for, for some reason, if Apple is going to make it.

Still, untethering your watch from your phone could essentially turn the Watch into a kind of independent product within Apple’s portfolio of devices. Currently, the iPhone is basically the hub of the Apple Universe, connecting to wireless headphones, a watch, and soon potentially a speaker in your home. That could end up inventing new use cases, but it seems there are lots of opportunities right now for an untethered Apple Watch.

With that, let’s run through all of the big use cases a watch like this would work best: 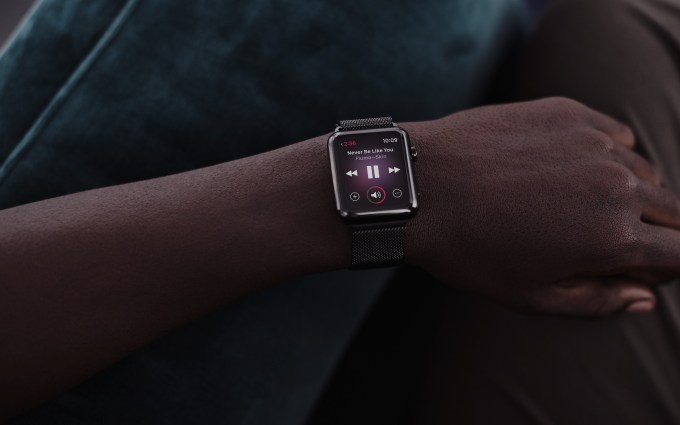 This is probably the biggest one. With the release of the AirPods and the proliferation of Bluetooth headphones, it would make a lot of sense for users to simply leave their phones at home. You wouldn’t have to buy one of those awkward armbands or stick it in your pocket and possibly fly out into the ocean while jogging (though the phones are water resistant right?). Instead, turning the Watch into a sort of Mini-phone while pacing yourself on the treadmill or on a trail would lighten the load and offer a potentially more seamless running experience.