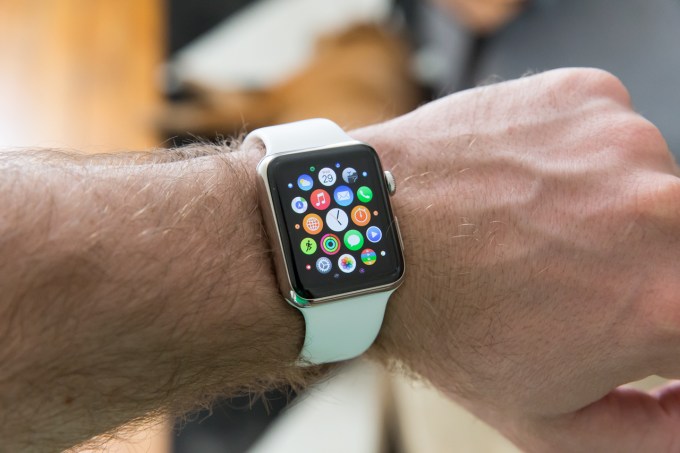 The Apple Watch is one slick piece of engineering — but it’s not without its faults. Amongst other things: If you want to leave your phone at home, your smartwatch is suddenly a good bit less smart. Without an iPhone nearby, it can’t pull data — be it messages or music — over the cell networks.

According to the latest whispers out of the rumor mill, that might be about to change.

Bloomberg (with a byline headed by the frequently spot-on Mark Gurman) is reporting that Apple is working on a Watch with built-in LTE (compliments of a chip from Intel), with plans to release the model by year’s end.

“But why?!” you ask. “Doesn’t everyone carry their phone 90 percent of the time?”

Sure — but that’s because we have to, else risk dropping off the radar and accidentally making everyone think we’re dead. Being able to leave the phone at home for trips to the beach, or the gym* or while out on runs is a nice perk.

Of course, rumors like this don’t pop up without raising a few questions: