Developed by Israel-based OTM Technologies, Phree is a digital pen that you can use to, in the words of the CEO, express yourself anywhere, anytime on any surface. Well, almost any surface. It doesn’t write on glass, and it writes ineffectively on bumpy surfaces like crackers, as demonstrated by Gilad Lederer, OTM co-founder and CEO, during our visit to their Ra’anana office.

The stylus utilizes an optical sensor, invented by Lederer and his co-founders Opher Kinrot and Uri Kinrot, to measure any object’s motion in three dimensions. It connects to devices (laptops, smartphones, tablets, VR headsets) through Bluetooth and works with Windows and Android-based applications, including handwriting recognition software.

OTM also offers an iOS and Android app that allows users to take quick notes on their arm, the wall, a banana, etc. without having to open up their smartphones. In future versions, the company plans to implement two features: Phree as a headset to answer calls and a messaging screen on the stylus where users will be able to respond by writing on their leg, for example. 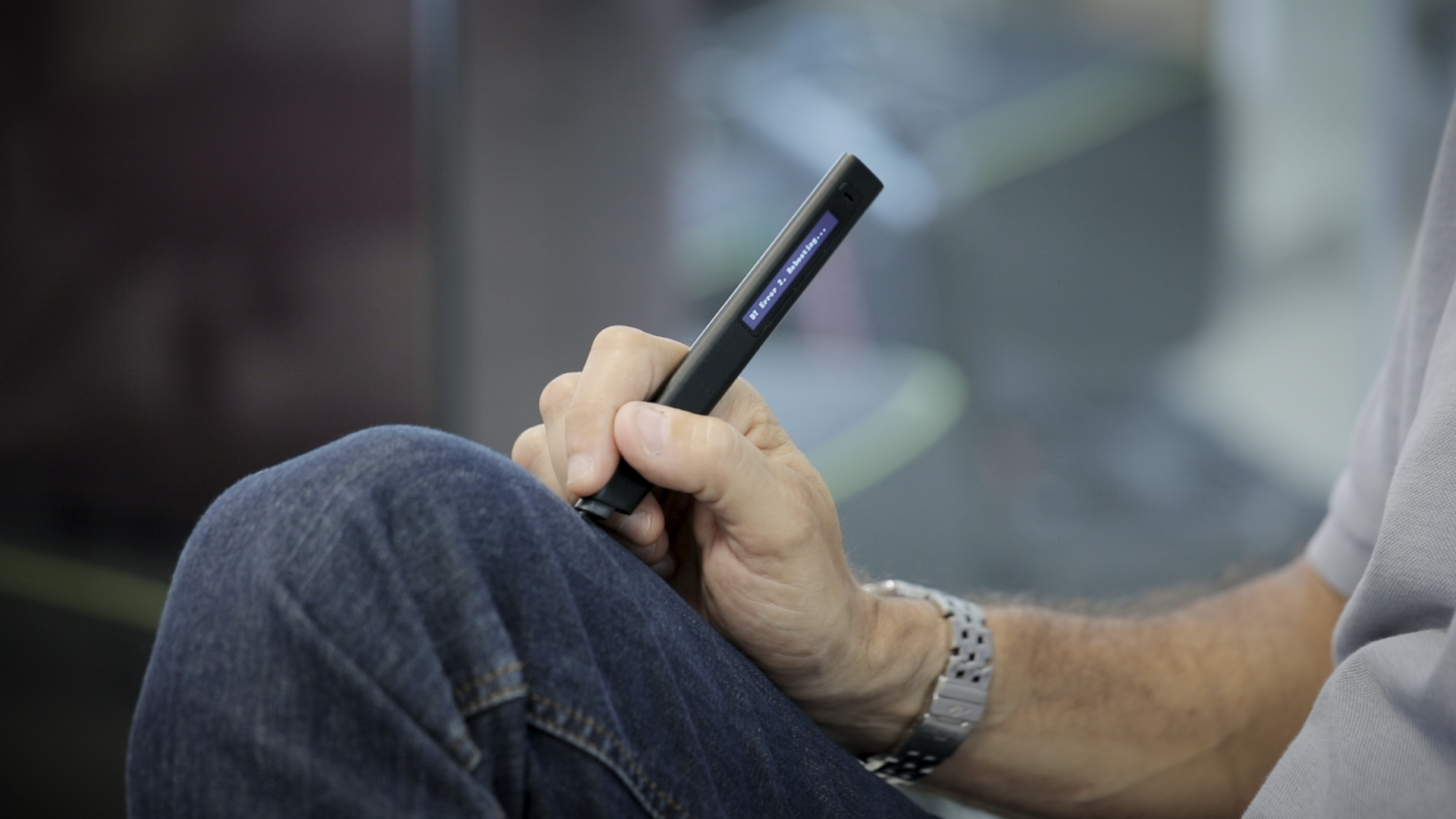 Even with Bluetooth latency, the connection between Phree and the device is fewer than 15 milliseconds, which is almost instantaneous. The stylus’s tip offers many levels of pressure and can be used as a brush. Although these features prove useful for illustrators, according to Lederer, Phree is geared toward young professionals for scribbling notes in meetings and annotating documents.

It’s impressive, but unless you’re an artist who doesn’t want to lug around a tablet, an account exec who enjoys defacing spreadsheets or the schmo who’s keen on seeing their handwriting digitized, $198 is a bit pricey just to save those extra few seconds of actually opening up your phone to jot down a note. Plus, it’s just another thing to stick in your pocket, along with your wallet, phone and keys.

OTM plans to go into production in the coming months, but Phree is currently available for pre-order through Indiegogo, where the company has raised more than $1.5 million, 1,066 percent more than its original goal.