For Convoy, a meet-and-greet hosted earlier this year by two prominent investment firms has resulted in one of the bigger Series B fundings of 2017.

As Convoy cofounder and CEO Dan Lewis recalls it, his company, a two-year-old, tech-enabled trucking network, was invited to the full-day event organized by Greylock Partners and Y Combinator, the famous startup accelerator.

Convoy already counted Greylock as a backer — thus the invite. The company didn’t know Y Combinator’s team at the time, however. Lewis knew only that the purpose of the event was to help invited startups understand how to grow and scale their businesses.

You can guess what happened next. Lewis met with Y Combinator partners Ali Rowghani and Anu Hariharan, and a relationship was struck. Over the course of the last several months,  Rowghani and Hariharan, who lead Y Combinator’s Continuity growth fund, began talking about leading Convoy’s newest round.

The round is a shift for the Continuity fund, which was originally created to support young companies in YC’s portfolio that were beginning to gain traction. (Axios reported on Friday that YC is now raising a $1 billion fund that will invest in startups regardless of stage or previous backing.) The deal represents the first time that YC has taken a stake in a later-stage company that it hadn’t previously funded.

It’s also auspicious for Convoy, notes Lewis, noting that Convoy now gets access to Y Combinator’s sprawling network of both alums and mentors. 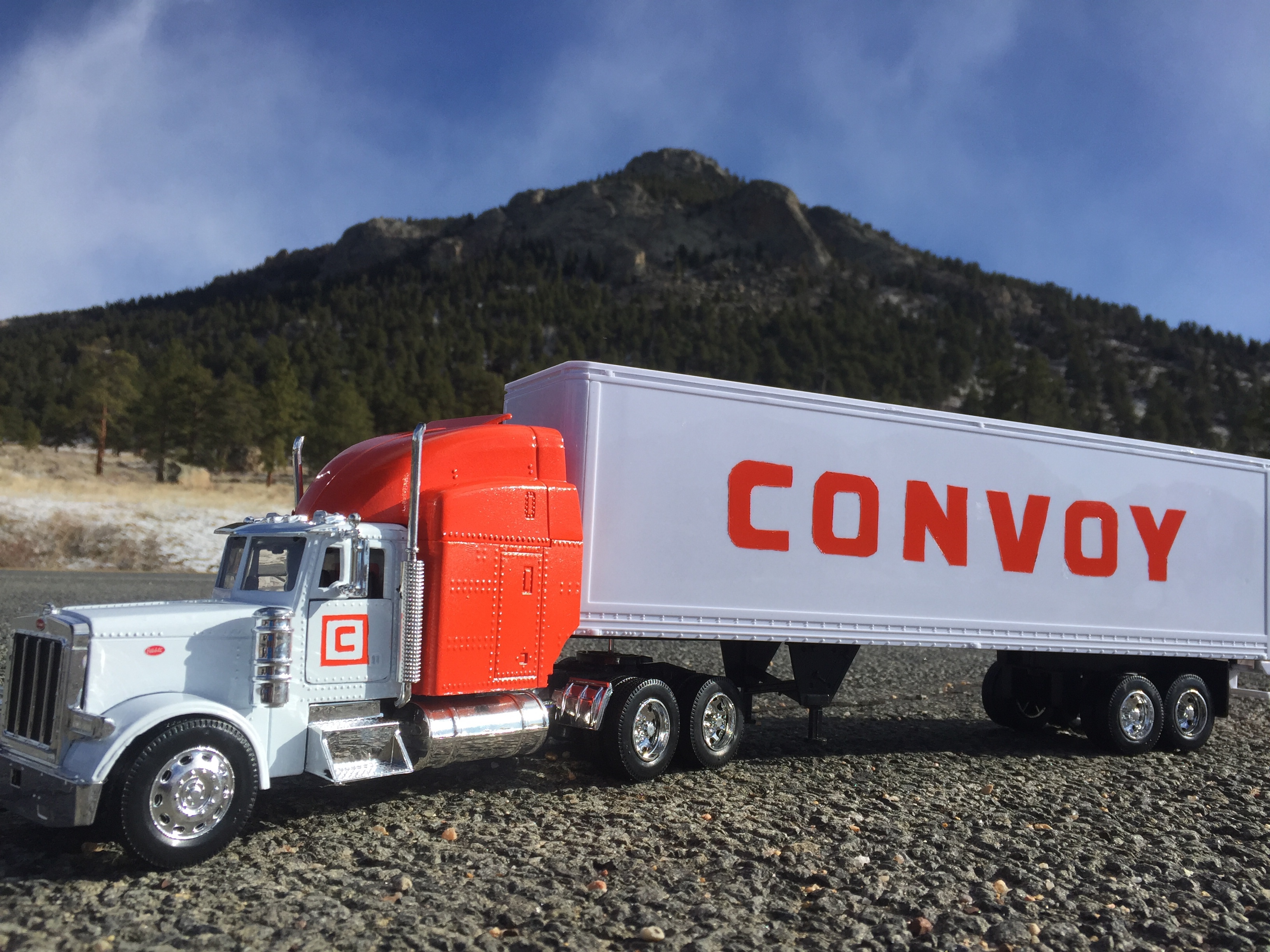 That kind of reach should come in handy. Though Convoy already employs 120 people and seems to be growing at a healthy clip — it says the amount of stuff it’s helping to ship is doubling every quarter — it also has plenty of competition from other upstarts. Trucker Path and Transfix, which we’ve written about here and here, are but two of roughly 190 startups currently being tracked by the investor marketplace AngelList.

All are racing to transform the more than $700 billion U.S. trucking industry, which has long relied on brokers to connect trucking companies and shippers, a process that these startups describe as uneven and efficient and ripe for automation. Indeed, Convoy’s app, much like that of other upstarts, lets drivers see on their smartphones what jobs are available and to book them easily. (Convoy, like a lot of other apps, also helps get drivers paid right after their shifts.)

For now, at least, all that competition doesn’t seem to bother Lewis.

His family played host to immigrants from around the world when he was growing up, including a family whose patriarch now owns a handful of trucks and whose experiences in the trucking industry have since helped inform Convoy’s mission statement and approach.

Pointing to customers like Unilever, Anheuser-Busch, and Niagara Bottling — along with the more than 10,000 trucking companies that are now using Convoy’s platform —  Lewis suggests that things are very much going to plan. As for the other companies flooding into the space and courting the same customers, he says that “no one has really made any real” competitive impact, he says.