With Facebook’s newest feature, a musician could run an on-site fan club, a brand could organize its ambassadors and a newspaper could discuss articles with just its top readers. Today Facebook globally launched Groups for Pages, allowing the 70 million Pages on Facebook to create their own distinct communities and feeds.

Facebook first quietly tested the feature in March, but today Chief Product Officer Chris Cox announced the feature’s full roll-out. Mentioning how one of The Washington Post’s reporters started a group called PostThis for its journalists and most loyal readers, Cox wrote “This is one of thousands of interesting examples we heard of super-fans who wanted to be a part of the day-to-day discussion of the decisions inside the walls of an organization they care about, and more importantly to connect with everyone else who felt the same way.” 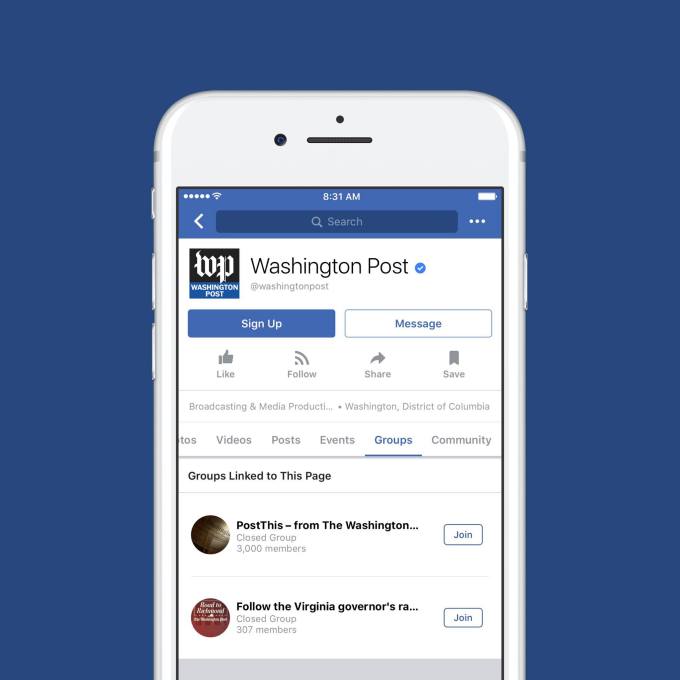 The launch could further Facebook’s new mission statement to “bring the world closer together” and push it toward its goal to grow the membership of “meaningful groups” from 100 million now to 1 billion in the future.

Users can look at a Page’s Groups shortcut for any communities they’ve created. Pages can link an existing Group to their Page in addition to launching new ones.

For years, Facebook pushed people to create lists of specific friends to share different posts with, or to just fully embrace “openness” and share publicly. But it seems to have realized that people’s values and interests don’t always align with their geographic communities, or even their closest friends. Since the News Feed prioritizes showing content that gets lots of clicks and Likes, niche content could often fall flat and reach few people. Plus there’s the issue that Trump’s polarization of the United States has made sharing political content to Facebook a minefield of angry relatives and extremist high school classmates. 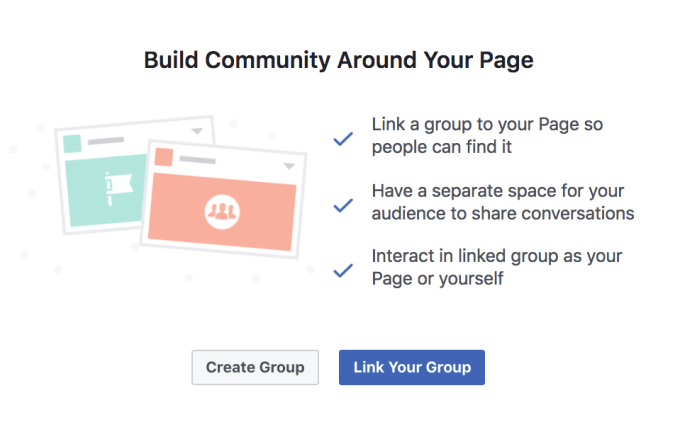 By pushing users to join and participate in Groups, Facebook gives them homes for the different sides of their prismatic identities. If you define yourself by the band you listen to every day, the brand you wear or the person you vote for, your enthusiastic posts about them might get a more positive and less contentious reception inside a Facebook Group.