Down, down, down the price of the Oculus Rift goes.

On the heels of a temporary $200 price cut, today Facebook’s Oculus has announced that the Rift and Touch will be receiving a permanent $100 price cut, bringing the bundled price of the virtual reality system down to $499 once the summer sale is over. The company has also announced that it will now be bundling the two products in a single package.

Consumers who see VR as too expensive will undoubtedly welcome the news, but to onlookers the move does leave questions about what exactly is happening over at the Facebook-owned virtual reality company.

The move seems to be one focused on moving units at a quicker pace, something that may be being prioritized more heavily as Facebook begins to align its core brand with Oculus through initiatives like its social VR app, Spaces, and takes the entire company under its organizational wing as it did when CEO and co-founder Brendan Iribe stepped down in December to be replaced by Hugo Barra, who took on the new role of VP of VR at Facebook. 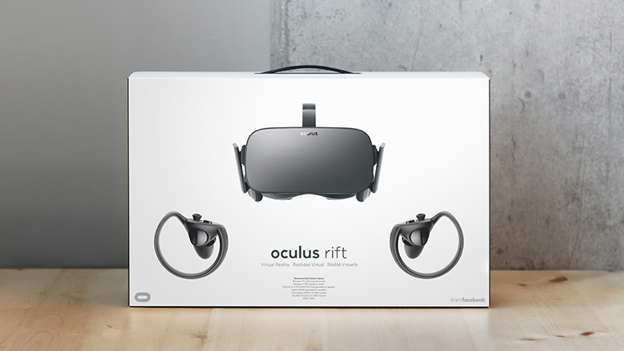 This is the second significant price slash in four months for the company’s flagship product. As recently as February, Oculus was charging $599 for the Rift and $199 for the Touch controllers.

The problem for high-end VR headset companies like Facebook’s Oculus is that they can only do so much to keep the pricing low as would-be consumers are also burdened with the need to purchase expensive desktop PCs to power the headsets, which these days seem to run around $700+.

This is largely the appeal of standalone systems like the company’s yet-to-be-productized “Santa Cruz” prototype, which relies on integrated compute and tracking systems that allow users to freely roam without being tethered to an external PC or other hardware. Yesterday, Bloomberg reported that the company was working on a $200 all-in-one device that would operate similarly to Samsung’s Gear VR headset but would not rely on a smartphone to power it.

In June, Sony announced it had sold more than a million PlayStation VR units. Both Oculus and HTC have chosen not to release sales numbers for their headsets, though most analysts believe HTC’s $799 Vive is continuing to sell better than the Rift.

A large problem for Oculus was the loss of word-of-mouth momentum that followed their failure to release the motion-tracked Touch controllers at launch in March of 2016. While the Vive shipped in April of 2016 with motion controllers based on Valve’s SteamVR tracking technology, Oculus didn’t begin shipping its offering until just this past December, a delay that brought many to see HTC as virtual reality’s most premium option.

Despite the delay, Oculus has seen very positive reviews for Touch and a near 1:1 attachment rate. An Oculus executive reiterated to TechCrunch in an interview earlier this month that nearly every existing Rift user had purchased a set of Touch controllers. An Oculus spokesperson has confirmed to TechCrunch that Touch will still be available as a separate unit at its $99 price. It appears that Oculus will no longer be including an Xbox One controller in the bundle.

Two price cuts later, Oculus’s full setup is a whopping $300 cheaper than the Vive, which still stands at $799, and thanks to some software wizardry bringing down minimum PC requirements, it’s quite possible to get a full Rift VR setup (headset + PC) for less than $1,000; whether even that is low enough is the big question.