Ever been driving a car when both the brake and the gas pedal failed, and the dashboard go nuts? I just have, and it isn’t fun. What are we going to do when our cars are targets for hackers?

The problem with most modern cars is that to offer many more kinds of services (live traffic data for sat navs, etc.) they need to be connected. Once that happens then they are, by definition, hackable. The issue has suddenly become more urgent as more cars become connected, electric and employ autonomous driving features.

But with multiple ways to get into a car’s systems — from cell access, Bluetooth or even the OBD-II (On-board diagnostics) port — there is no one silver bullet to catch all potential attackers.

That’s where Israel’s Argus Cyber Security comes in. They don’t believe there’s a single solution either, and during a live demonstration to TechCrunch, they proceeded to attack a car while I was literally driving it.

Argus provides solutions to customers like car makers via a dashboard manufacturer view they hold at their HQ. This can track attacks on the cars they have access to.

So how did they hack the car? 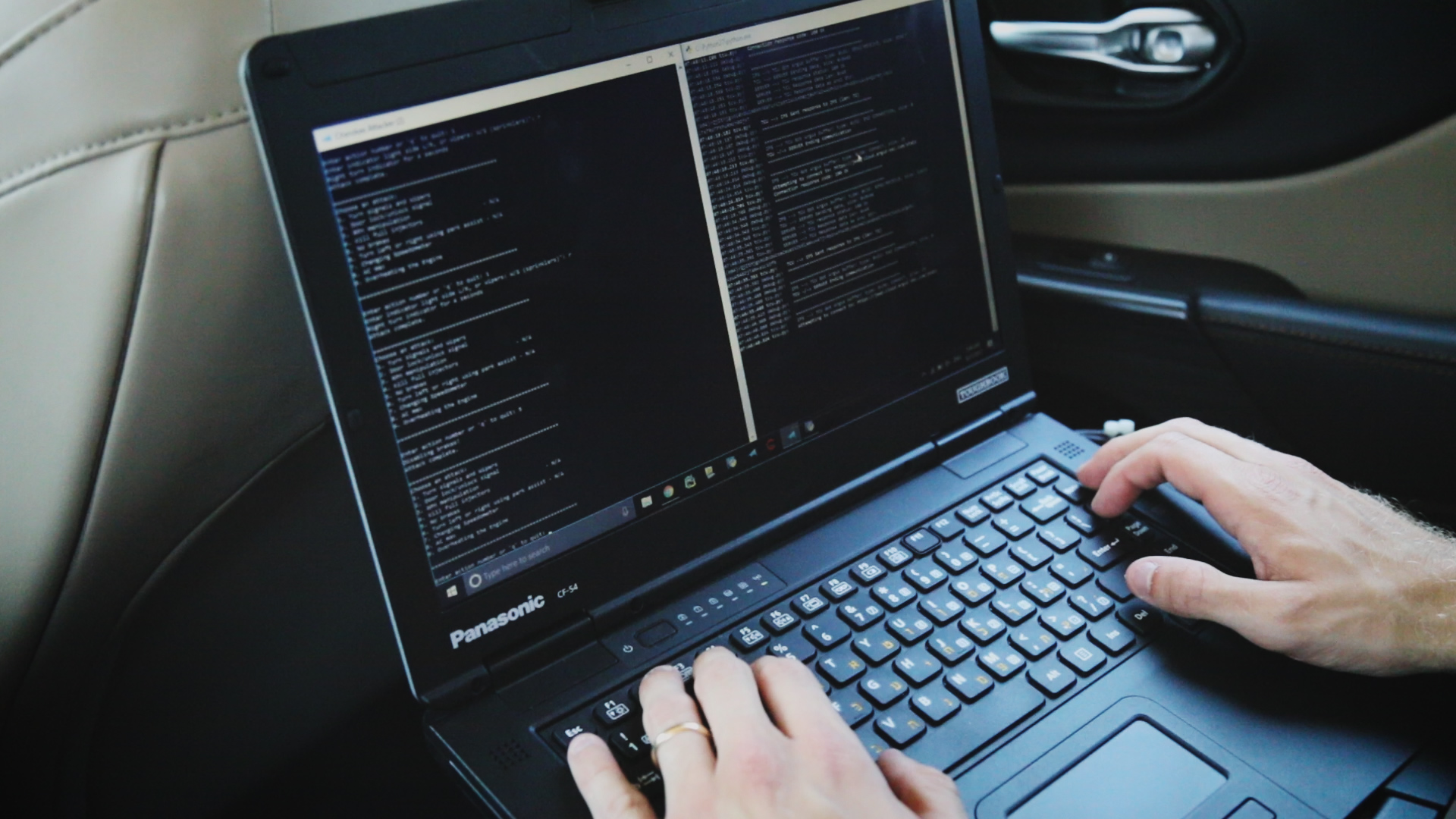 Well, they didn’t want to go into detail for security reasons, but it definitely involved the PC pictured above.

Inside the car (the make and model of which we have not named, again for security reasons) Argus made the speedometer jump and show the wrong speed; the brakes fail; the instruments go haywire; windscreen wipers randomly switch on and spray the screen; the accelerator / gas pedal literally die; the doors lock and unlock; and made the indicators indicate the opposite to the actual turn!

We tested all of these attacks driving around at about 15 miles an hour in a private car park just outside of Tel Aviv. But of course, in a real-world scenario, all of these things would have been highly dangerous at speed, indicating just how crucial solutions to this problem are.

Argus is three and a half years old and has raised $30m, from investors such as Allianz Germany, Softbank and leading Israeli VCs. Their partnerships include major car makers and OEMs.

The founders and many employees come form the legendary 8200 Unit inside the Israeli armed forces, which is roughly the equivalent of the Israeli NSA. So it’s no wonder they know a thing or two about hacking…