The Contour looks a bit like an oversized portable gaming console. There’s a seven-inch touchscreen display in the center, with two large handles on either side. A circular LIDAR scanner juts out in front, scanning the space as you go. As it reads the room, a 3D mapping image develops on the screen, displaying what looks to be a bird’s-eye view infrared map of the space and all the objects in it.

The Contour is one of two new products from Pittsburgh-based startup, Kaarta (there’s also the smaller Stencil), designed for handheld mapping of spaces by architects, engineers and construction workers. Kaarta (formerly Real Earth) is certainly not the only contender in town — quite literally. The presence of nearby Carnegie Mellon has made the city a hotbed for 3D mapping technologies, as companies like Uber and Ford have moved in to take advantage of a glut of world-class computer scientists and a local government that’s been particularly aggressive about courting tech companies.

But where Kaarta stands out is in its ability to do mapping in real time, with no post-processing involved. In the case of the Contour, that means generating a visual of that information on the touchscreen in front of you.

“We have the ability to see the map as you’re walking,” explains CEO Kevin Dowling. “And you can see if you missed areas. One of the worst things for surveyors and mappers is having callbacks, to have to go back because you missed a place or made an error. With this system, you have all of that information with you.”

Like many of Pittsburgh’s startups, Kaarta’s origins can be linked back to CMU’s robotics school, where Dowling did his PhD work in the subject. The mapping technology the startup has developed is an attempt to address SLAM (simultaneous localization and mapping), a common problem in the field that revolves around a lack of self-awareness.

“It’s the answer to two fundamental questions: where am I and what’s around me,” explains Dowling. “That’s very important for a mobile robot to have. And the technology solution that we’ve built our business around solves that problem. I think this points out that there’s many applications beyond our traditional view of robots are in creating new forms of new technologies that we’ll use every day.” 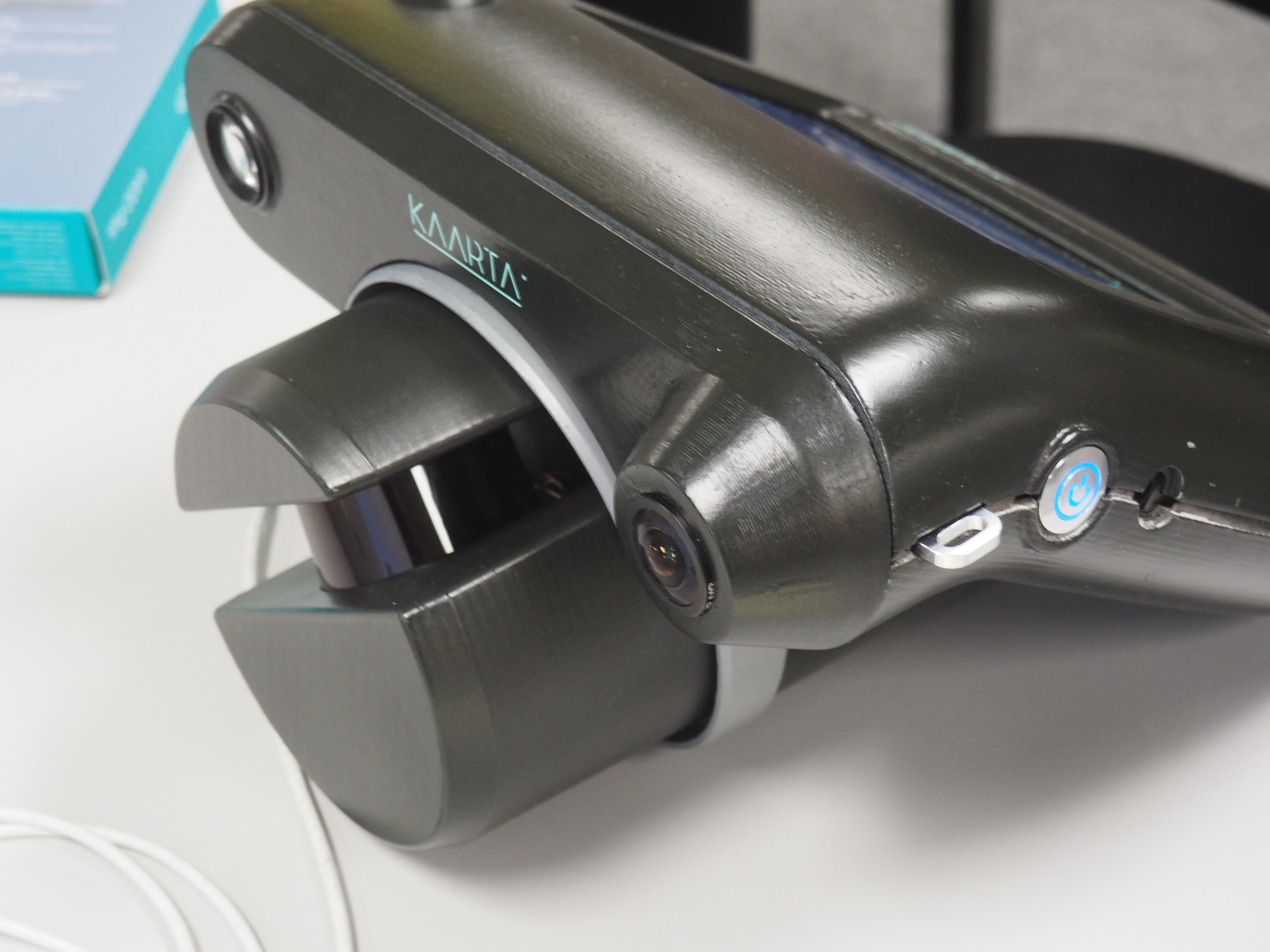 The accuracy of Kaarta’s underlying technology has already helped put it on the map. The young startup has won Microsoft’s Indoor Mapping Competition two years running and was recently selected by Pittsburgh to test its technology to help map the city’s pipes and infrastructure.

Given the current land grab happening around Pittsburgh’s self-driving car industry, it’s easy to imagine Kaarta getting snapped up as some tech giant moves to town. In the meantime, however, the company’s portfolio is pretty modest and aimed mostly at infrastructure jobs like surveying and construction. The Contour was only announced in April — and large pieces of the one Dowling uses to map the room as he talks look like they’ve been created in a 3D printer. 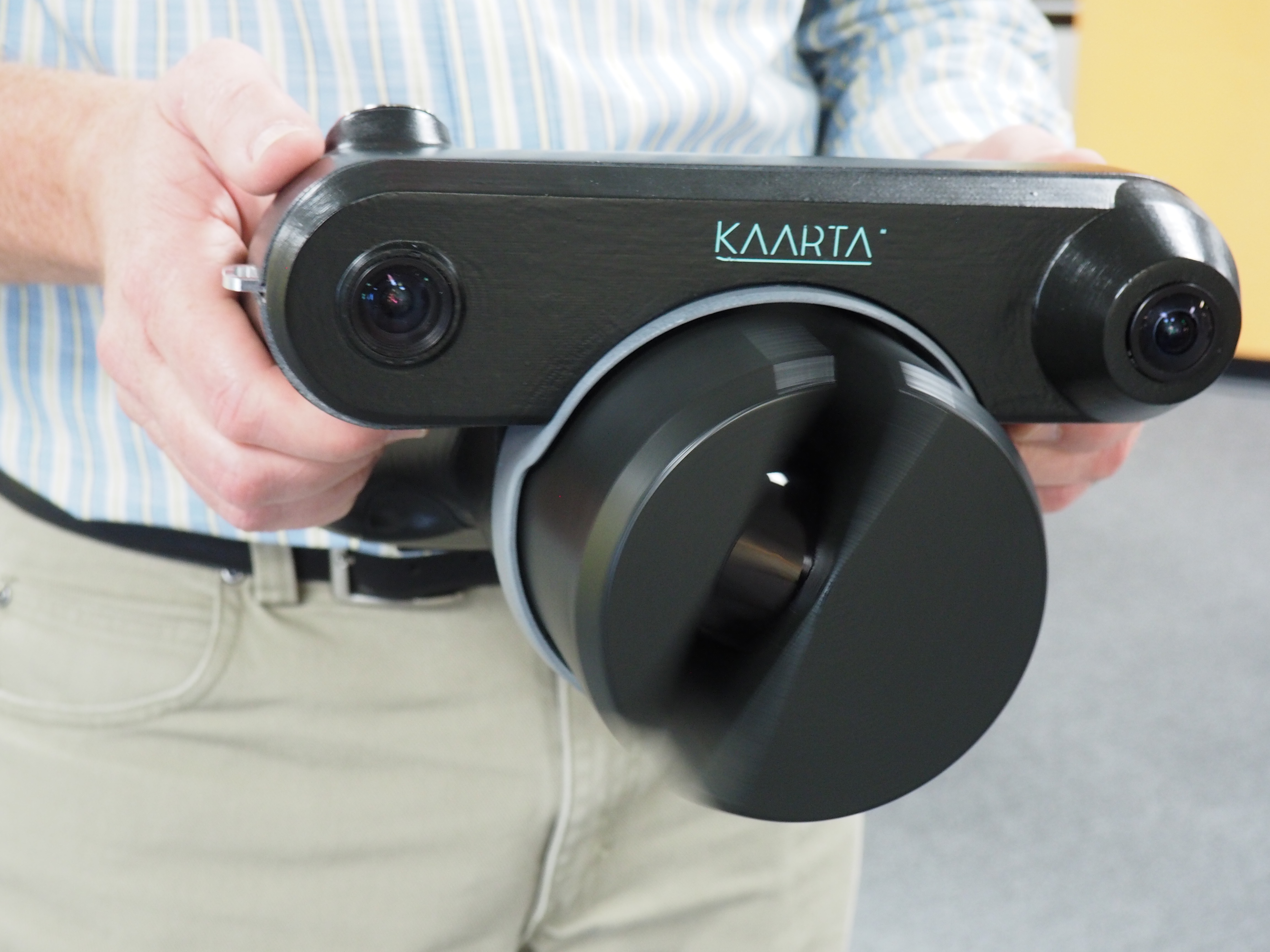 But the startup executive has big plans for the future. “As the price begins to drop, you’ll see more and more adoption of this for first responders, hazmat, law enforcement and so forth,” he explains. “And the technology can also determine the location of a sensor in an environment. Our technology can also be used in autonomous cars and vehicles to determine the position of a robot.”