Gaming firm Razer has filed to go public through an IPO in Hong Kong as it looks to raise more than $600 million to go after growth opportunities.

The U.S.-based company, which traces its origins back to Singapore, filed initial paperwork on Friday. Certain details — such as how much Razer is looking to raise, its valuation and the timing of the IPO — are not disclosed in the 345-page filing, but a source close to the company confirms it’s likely to be upwards of $600 million (earlier in the year, it looks like Bloomberg reported $400 million). Razer’s last round of venture capital investment valued the firm at $2 billion.

The filing sheds some light on the company’s financials and details of previous M&A that it hadn’t disclosed.

Razer makes money selling gaming peripherals and laptops, but it hasn’t been profitable lately. It posted a $59.6 million loss in 2016 on revenue of $392.1 million. It was profitable in 2014 — to the tune of $20.3 million — but dropped into the red with a $20 million loss a year later, which the company put down to an aborted effort to list in the U.S. and increased stock options for staff.

Around half of its revenue comes from the Americas, with the remainder split roughly between Europe and Asia. China, where it claims to be the top games accessories brand, represents 13 percent of sales, the firm said in its filing. (Being established in China is a good reason to go public in Hong Kong, too, by the way.)

The company’s slogan — ‘For Gamers. By Gamers.’ — reflects its focus on building aspirational products for the global gaming community, which Razer estimates was worth $101 billion in sales last year and is primed for major growth.

Razer makes most of its money through the sale of peripherals, which counted for 76.2 percent of income last year and include items for PC and console gamers such as customized headphones, mice and joypads outfitted for gaming, colorful keyboards and large scale screens. Its other main source of revenue is highly specced laptops built for gaming, which cost close to $2,000, but it also offers a range of software services, which it claims have attracted 35 million registered users. Recently, Razer introduced a virtual currency aimed at connect the dots and generating more revenue from its loyal community of games lovers. 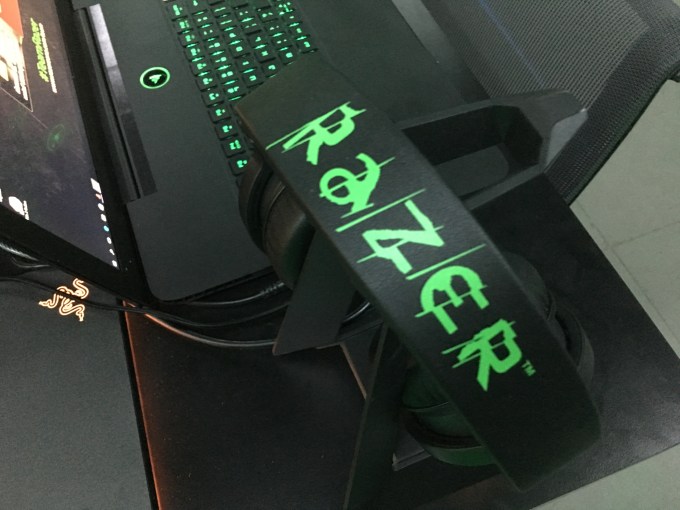 Razer is primed to enter new areas in the future, however.

It acquired smartphone startup NextBit earlier this year for $15 million in an all-share deal, as the prospectus reveals for the first time, and Razer also confirmed for the first time that it plans to launch its first mobile device by the end of 2017, or in early 2018. This is not too surprising considering that the core product released by the next bit team was its Robin smartphone. From what we understand, it’s not clear whether the mobile device will be a smartphone, although that’s one logical guess. Razer also acquired Ouya, which made an Android TV games console, and that deal could form part of this upcoming “mobile” product.

The company also hinted in filings that it may enter the games console space in the future. Again, as with Razer’s potential move into mobile devices, would be a logical move for the company, although one that will put it in closer competition with the likes of Sony and Microsoft.

Another product area where Razer plans to put more focus is audio, audiovisual products and services, and especially those that might see the company extend beyond gaming into adjacent areas of entertainment. In 2016, the company acquired THX, the iconic audio company founded by George Lucas in 1983 that focuses on developing premium audio and visual set-ups and providing audiovisual certifications. The filing reveals that Razer again paid around $15 million for the asset — this time in a combination of cash and shares.

“We believe the THX business will improve our ability to deliver premiere audiovisual products and allows us to extend our product offering for the broader entertainment segment, given the convergence of games, movies and music,” Razer wrote in its filing. 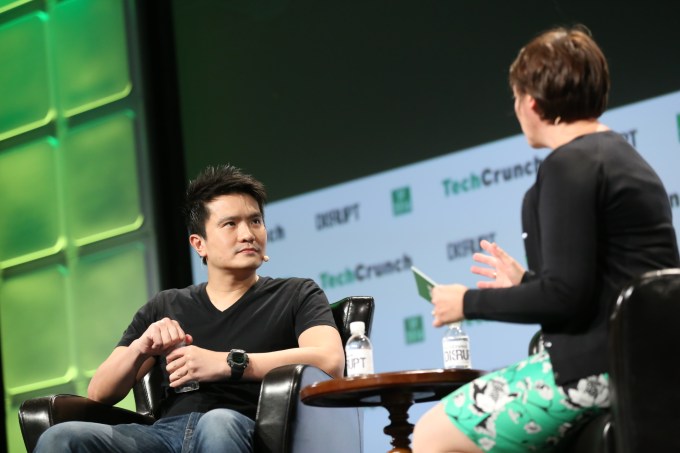 The Razer sales model is divided between resellers, retails and its own direct sales. The latter comes primarily via Razer’s online store. The company has also developed a handful of concept stores — but nearly 80 percent of all revenue comes via distributors (50 percent) and third-party retailers like Amazon.

The company has 749 staff primarily in Asia and the U.S. and counts some big name investors including Foxconn, Intel, IDC-Accel and Hong Kong’s richest man, Li Ka-shing, who invested via his Redmount Ventures fund in Razer’s Series D.

And here is some more interesting detail on that Series D: when it was announced in May, we reported (per an interview with Razer CEO and founder Min-Liang Tan) that the investment was made through Ka-Shing’s Horizons Ventures and was for between $50 million and $100 million. The filing notes that the Series D, in fact, was for around $43 million and also included backing Binary Capital, the firm co-founded by Justin Caldbeck and  Jonathan Teo which has been embroiled in a harassment scandal that is now kicking off a much bigger unfolding of related events across the VC world.

The IPO is likely to be a big win for angel investors in Razer CEO Min-Liang Tan’s native Singapore, who backed the young entrepreneur when he started his company in 2005. In its Series A, shares were valued around $76/share; and in its Series D, each preferred share was valued at over $2,304/share, a 30-fold increase.

Li Ka-shing’s involvement, in fact, is likely a major reason why Razer has picked Hong Kong for its listing. The Hong Kong Stock Exchange recently welcomed its largest tech IPO since 2007 when selfie app-maker Meitu went public. However that also provides a cautionary tale: the listing raised $629 million, but it ultimately underwhelmed.