Snap Map is Snapchat’s plan to tie together its online content with ways to augment your offline reality, and it’s got the patent to back it up. Augmented reality location startup Drop tells TechCrunch that Snap Inc. acquired its intellectual property in 2015, including its “Location-based messaging” patent.

In 2013, Drop developed an app that would let you post photos or text to a certain location, like a landmark or business, and your followers would get an alert to check it out when they came nearby. By utilizing Drop’s intellectual property, Snapchat could launch a similar feature allowing users to discover location-based messages with the Snap Map or Snapchat’s AR lenses. Snap declined to comment on this story, as it usually does regarding M&A news. 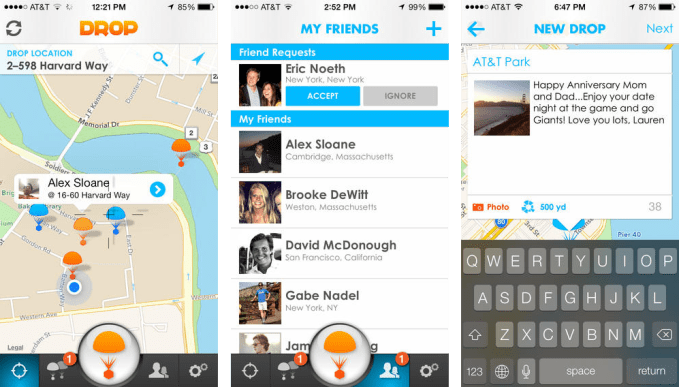 Drop let you leave geofenced messages for friends and followers

Drop won TechCrunch’s 2013 Boston pitch competition, and you can see an interview with the team below. Drop went on to raise a $1.25 million seed round from Atlas Ventures and Spark Capital. At the end of 2015, Drop eventually launched a real-time location-sharing app called Firefly. The app was quite similar to Zenly, the social map startup that TechCrunch reported last week had been bought by Snapchat for $250 million to $350 million, and will continue to run autonomously while also having inspired Snapchat’s new Snap Map.

In anticipation of Snap Map’s launch, it appears that Snapchat sought to beef up its location patent portfolio. In 2014, CEO Evan Spiegel filed a patent for seeing other people’s photos taken somewhere and unlocking geofenced photos from friends. Snap acquired a geofilter patent from Yo founder Moshe Hogeg’s startup Mobli for $7.7 million. Prior to its IPO, Snapchat bought 245 patents from IBM, including ones for representing the location of messages’ senders on a map and estimating the location of social network users. And just this month, Snap acquired Placed to prove how its geofilters drive brick-and-mortar store visits.

Now TechCrunch has learned that in 2015, Snapchat reached out to Drop to buy its location tech IP, according to co-founder Zachary DeWitt. He tells us that “Snapchat reached out to buy the IP portfolio. We went back and forth on terms and price, but ended up selling them our whole portfolio of IP. The patent included a very detailed section on the line by line technology implementation so the owner of the patent would be able to replicate the code consistently with our original technology specifications.” The patent was reassigned in December, and the deal led Drop to pivot entirely to working on Firefly. 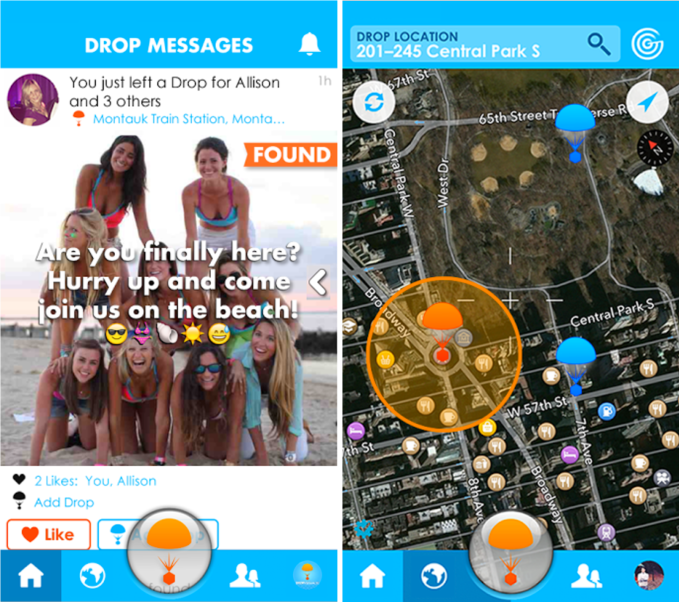 DeWitt characterized the insistence of Snap Inc., saying “They came in and they were very determined. They paid all our legal fees. It happened very fast.” After some prying, he revealed that total price paid was “under $1 million,” though another source tells TechCrunch it was closer to $100,000. While not a ton of cash, it’s not a bad consolation prize for a failed startup.

“I think the reason Snapchat went after our patent is because we’re one of the first to have a patent in the space. Our patent was very expansive and covered a lot of use cases” DeWitt says. “We definitely think it’s a linchpin patent to what they’re trying to achieve.”

“Our firm view at Drop was that physical and digital worlds would increasingly converge over time. Whether it be a visualization of your network’s location, or contextual content specific to a place, people will be able to interact with the world in a completely different way,” DeWitt says. “It is clear from Snap’s moves with Snap Map and in recent additions to the Company’s patent portfolio that they share this belief and aim to be a key enabler of this trend.”

Snap’s not the only one. During its F8 conference in April, Mark Zuckerberg revealed that Facebook’s augmented reality Camera Effects Platform will include the ability to leave AR notes for people at specific places. Meanwhile, Instagram recently launched Location Stories that shows other people’s ephemeral photos and videos from a certain place. 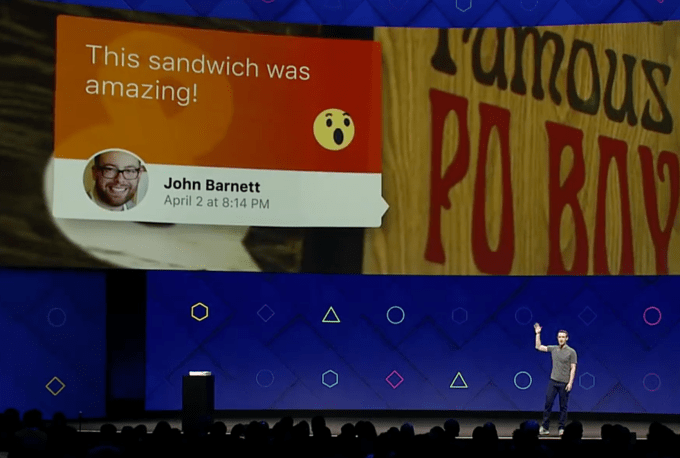 That means there could a be race between Facebook/Instagram and Snapchat to see who can popularize unlockable geofenced content. This could encourage users to take out their phones to check if there’s any hidden content wherever they are, which might in turn inspire them to capture and share their own location-based content to whichever app wins.

“Snap may soon allow you to create location-specific content that your friends will discover when they arrive at that location” DeWitt predicts. “For example, leave a Snap video message at the airport for your brother to find when he lands. Thus, Snaps may become virtual sticky notes that are scattered around the Snap Map for users to find, add to, and interact with in fun and creative ways.” 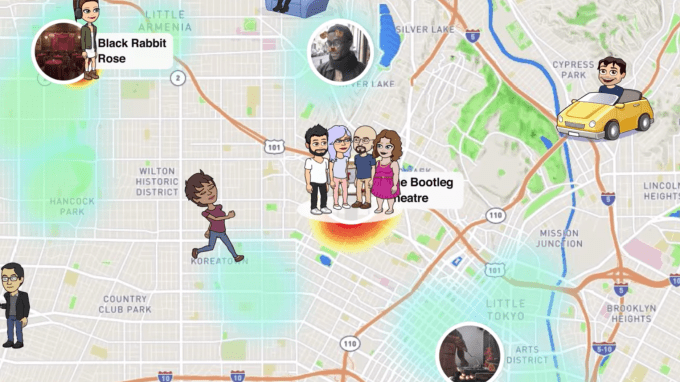 Snapchat needs a new hit product after Instagram Stories copied and surpassed it. That could be Snap Map if it combines the utility of finding friends with whom to hang out with Drop’s location-based content discovery… and can avoid violating people’s privacy. The physical world will take a lot of work to flesh out with augmented reality content. But even if it has poor relations with developers, Snap could fill its map with an army of teen contributors.