Everyone’s excited about the SNES Classic Edition, what with its twee 90s look and fantastic selection of games. But as with its NES predecessor, the Japanese version of the device is significantly different, outside and in — here are the differences between the two.

The most obvious change is the console itself, which is a miniature Super Famicom instead of a miniature SNES. I’ve gotten used to the chunkier style of the SNES over the last couple decades so this version looks weird, but of course it’s the other way round for Japanese gamers. 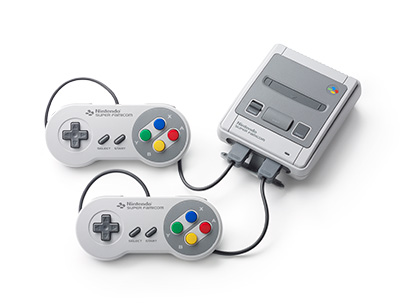 The difference I’m most envious of is the candy-colored ABXY buttons — I’ve always thought our purple and lavender color scheme was, if tasteful, a little boring. And some games use that color coding! I suspect there may be an import market for these handsome, colorful alternatives.

But those are just aesthetic changes. The game selection itself is much more consequential. The “Nintendo Classic Mini: Super Famicom” (its full name) gains three games that are clearly better known in Japan: Panel de Pon (a competitive Tetris-style game), Super Soccer and Legend of the Mystical Ninja.

They come at a cost, though: Castlevania IV, Punch-Out! and Kirby’s Dream Course bite the dust.

Most importantly, both come with Star Fox 2. It blows my mind that we are finally getting to play this.