Amazon Channels is starting act like a TV provider. The service, which allows Prime members to subscribe to over-the-top premium networks like HBO, Showtime, Starz, Cinemax and others, now allows you to log into some of the networks’ standalone streaming apps, as well, starting with HBO and Showtime. That is, instead of entering in your cable or satellite TV credentials to gain access to the app, you can just enter in your Amazon account information.

Launched in late 2015 as a “streaming partners program,” Amazon Channels represents another way that Amazon is targeting cord cutters. The service offers access to premium networks – including both those that you used to only get with a pay TV subscription, as well as subscriptions to digital-only video providers, like NBCU’s comedy network SeeSo, Tribeca Shortlist, or Fullscreen, for example. 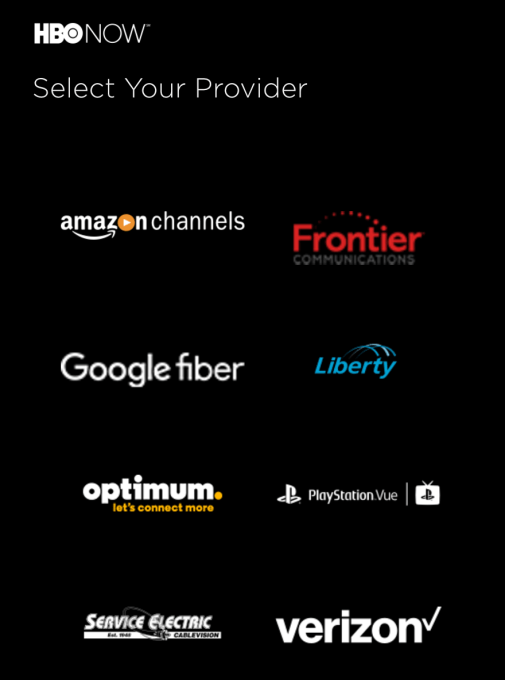 While there’s a benefit from being able to organize your subscriptions to these services all under one roof, there have been downsides as well.

If you wanted to watch a network’s videos, you had to do so through Amazon, for instance. The networks’ apps themselves were off-limits. That means you’d miss out on their unique features, whether that’s using their watchlist, browsing their recommendations or trending items, diving into their curated content collections, taking advantage of parental controls, and other options.

That’s starting to change, thanks to recent updates from a couple of the top premium networks participating in the Amazon Channels program. 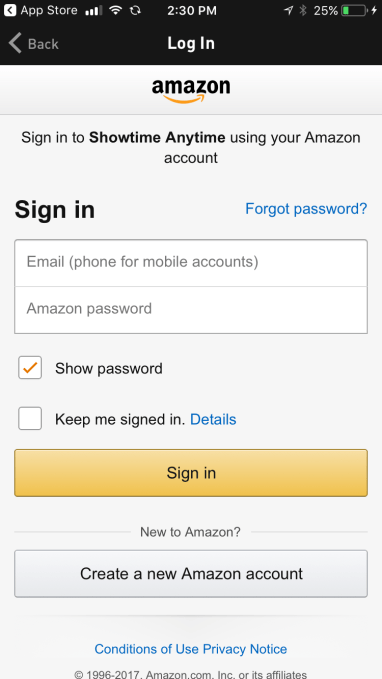 HBO tells TechCrunch that it launched a new feature on Wednesday that allows HBO’s Amazon Channels subscribers to access the HBO NOW app.

According to the company, HBO NOW will allow Amazon customers log in on the desktop, iOS and Android mobile devices, Apple TV, Android TV, Amazon mobile Kindle and Fire TV devices, PlayStation 3 and 4, and Samsung Smart TVs. It will launch the feature on both Roku and Xbox 360 soon, an HBO spokesperson says.

Unfortunately, a similar feature is not yet available for HBO’s Cinemax app.

However, HBO isn’t the only network adding support for an Amazon login. Showtime, too, has a similar support in its Showtime Anytime app. (This is its app for pay TV users, typically.) It has been available since February.

Being able to use the network’s own app makes Amazon Channels more like a TV provider, but it wouldn’t be the first time a non-pay TV service gained the ability to authenticate users with TV Anywhere-powered apps. Other streaming services like Sling TV and PlayStation Vue offer this support for a number of applications, including cable channels and broadcasters alike.