Live TV streaming service Sling TV is today rolling out an improved DVR feature, while also making the option to record TV shows available on more devices and channels. The DVR is one of the key selling points for Sling TV, given the increased competition in the live TV space from newcomers like YouTube TV, Hulu (which recently added live TV), and AT&T’s DirecTV Now.

According to Sling, it responded to customer feedback requests by launching a handful of the most asked for DVR features, including the ability to protect recordings from deletion. While that has long since been a feature found on traditional hardware-based DVRs, cloud DVRs provided by streaming services have not offered the same option.

For example, Sony’s PlayStation Vue service only saves shows for up to 28 days after they air, so there’s no way to permanently keep a favorite movie or show around.

YouTube TV offers unlimited DVR storage, and saves shows for a healthy 9 months, but you may end up watching commercials for shows you DVR’d. (Once a DVR’d show becomes available on-demand, YouTube TV plays that copy instead – meaning you have to watch the ads.) DirecTV Now is still without a DVR option. Meanwhile, Hulu’s DVR will save recordings indefinitely, but it will overwrite them if you need more space for new recordings. 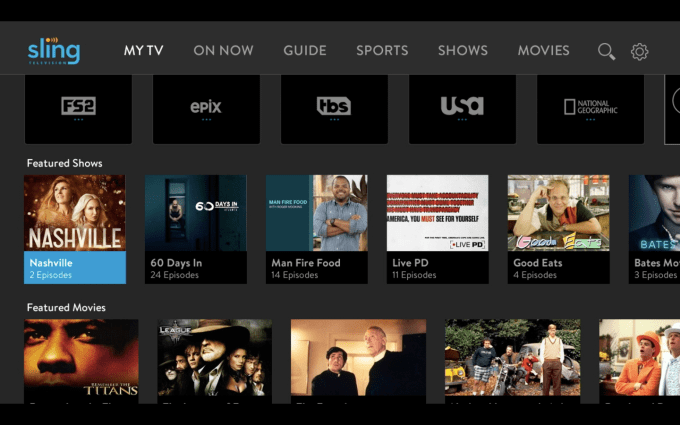 Sling TV’s $5-per-month 50-hour DVR doesn’t have the same available storage space of others, we should note. By comparison, Hulu offers a 200-hour enhanced option (50 hours comes with the base package), while YouTube TV and Vue offer unlimited DVR storage. However, the ability to protect recordings from deletion give users more control over how their Sling DVR storage is to be used, and Sling’s recordings never expire.

In addition, Sling is making it easier to record and find your DVR’d shows, it says. It will now let you record a show or series from its franchise screen, and it will group episodes from one series into a folder for better binge sessions. (This latter option is only on Roku at launch, but is rolling out to other platforms.)

Alongside the upgraded feature set, Sling’s DVR is also now available on an expanded array of devices, including now Xbox One. In addition, the DVR works on Amazon Fire TVs and Fire tablets, Android mobile devices, Android TVs, Apple TVs, Roku streaming players and Roku TVs. Support for Windows 10, AirTV Player and iOS devices is expected in a matter of weeks.

The DVR feature now works on more channels, too, thanks to an agreement with Fox. That means you’ll be able to record from Fox’s local networks (where available), Fox Sports 1 (FS1), Nat Geo, and FX. But, similar to YouTube TV, if the show is available from Fox on-demand, you’ll be switched over to watch that content instead.

The new DVR features are available on all devices supporting Cloud DVR, except for “DVR folders” – which, as noted, is first available on Roku.