“After slavery was formally abolished, lynching emerged as a vicious tool of racial control to reestablish white supremacy and suppress black civil rights,” the site reads.

It goes on to note that between 1877 and 1950, more than 4,000 black people were lynched across twenty states as “public acts of racial terrorism, intended to instill fear in entire black communities.”

The website features six distinct sections. The first includes oral histories from descendants of lynching victims, while other elements of the site include a six-minute documentary, data visualizations of lynching and the Great Migration, and a version of the report to use in classrooms.

In The Great Migration section, we can see that lynchings and other acts of racial violence in the first half of the 20th century forced more than 6 million black people to flee the South, often to cities in the North and West. In Oakland, Calif., for example, the African-American population went from just 2 percent black in 1910 to 34.5 percent black in 1970. 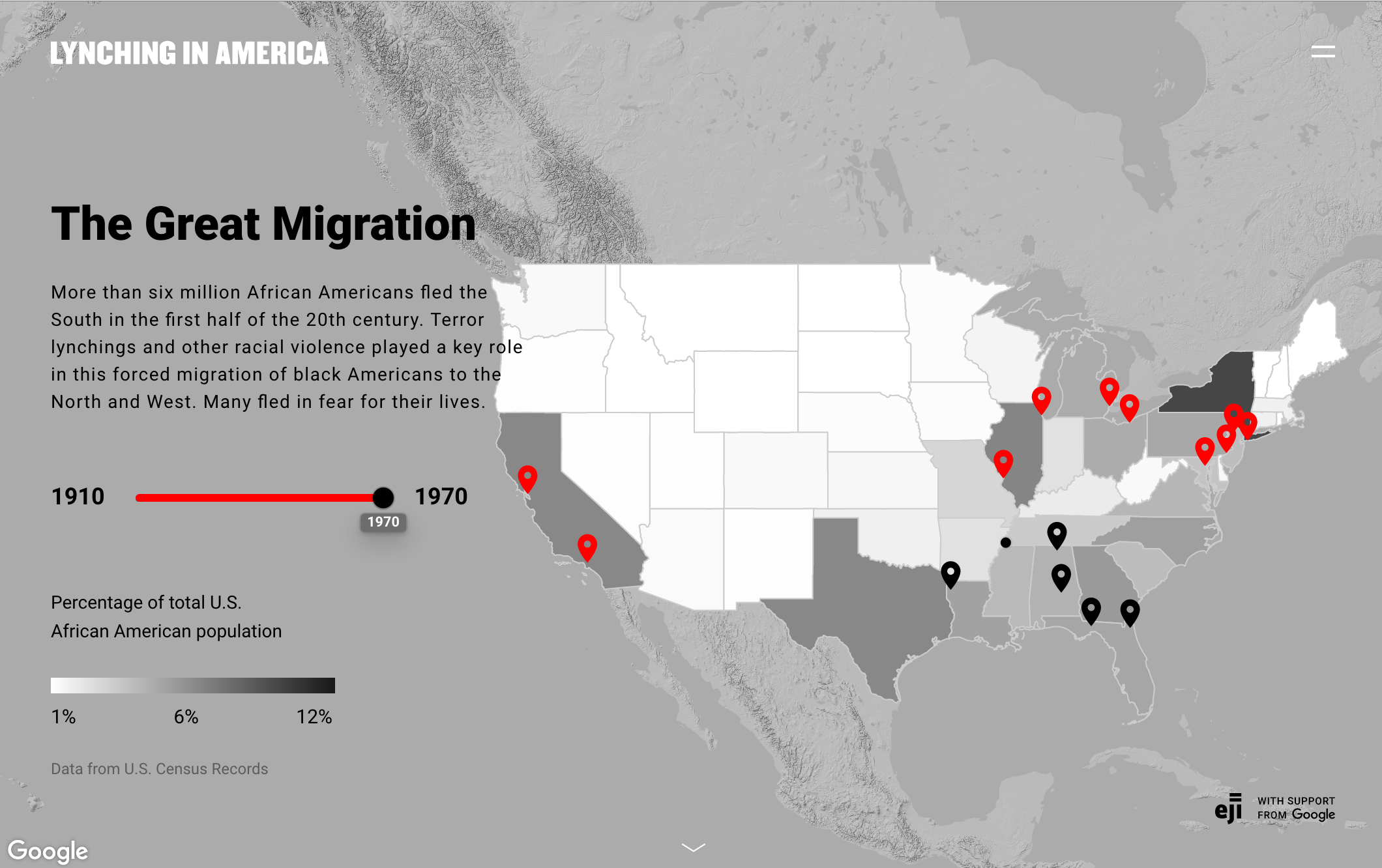 Since 2016, The Equal Justice Initiative has received a total of $2 million in grant money from Google.org. The first $1 million came in 2016, and the second $1 million comes in tandem with the launch of Lynching in America. The EJI plans to use this round of grant money to support its national memorial to lynching victims, which is slated to open in 2018 in Montgomery, Alabama.

“Google has been able to take what we know about lynching, and what we have heard from the families, and what we have seen in the spaces and the communities where these acts of terror took place, and make that knowledge accessible to a lot more people,” Equal Justice Initiative Founder and Executive Director Bryan Stevenson said in a statement. “To create a platform for hearing and understanding and seeing this world that we’ve lived through.”