On YouTube, you have to either know what it is you watch to watch and seek it out, or you can click through the site’s suggestions of popular or trending content. A startup called Rheo, founded by ex-Apple product veterans, has a different take on video discovery. Instead of browsing by genre, publisher or chart position, viewers can browse by mood. That is, you can seek out videos to make you laugh, those that inform you, those that instruct or teach, those for times you want to chill, and more.

Previously available as an Apple TV application, Rheo this week expanded to both iOS and the web.

Rheo was created by Alan Cannistraro, an Apple product development veteran who previously spent 12 years at Apple working on apps like Remote, iBooks, and Podcasts. He later joined Facebook, where he worked on News Feed, Facebook’s iOS autoplay video feature, and Facebook’s Creative Labs, which built experimental apps like Slingshot, Rooms, and Riff.

Co-founder Charles Migos, meanwhile, worked at Apple for over a decade, where he created Apple News, as well as Microsoft, where he designed the company’s home media experience. Migos joined Rheo in the first half of 2016. 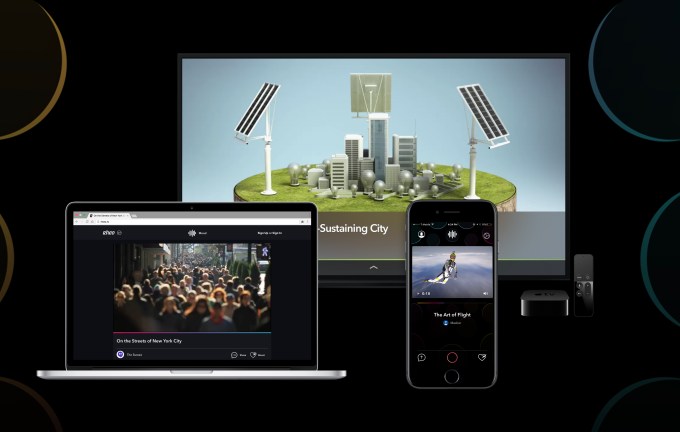 “This idea has been churning in my head for years,” explains Cannistraro, describing how he came up with Rheo. “I’ve picked up pieces along the way: learning how we interact with video from my time on Final Cut; thinking about how entertainment, mobile devices, and the home all fit together from when I built the first iOS app: Remote; understanding the attraction that people have to move images over text, from my time building autoplay video at Facebook,” he says.

This all solidified for Cannistraro one night in 2015 when he was traveling, he says. Exhausted, he checked into his hotel room and turned on the TV, hoping to relax. But instead of being able to just wind down, Cannistraro realized that the television’s interface forces you to browse through a massive grid of content first – and this interface has carried over to today’s online video services, as well.

“Two days later, I quit my job and knew what I had to do,” says Cannistraro.

On Rheo, you pick a channel to watch based on what type of mood you’re in – in terms of what you want to watch, that is – and the app then personalizes the content to you using a variety of other factors. 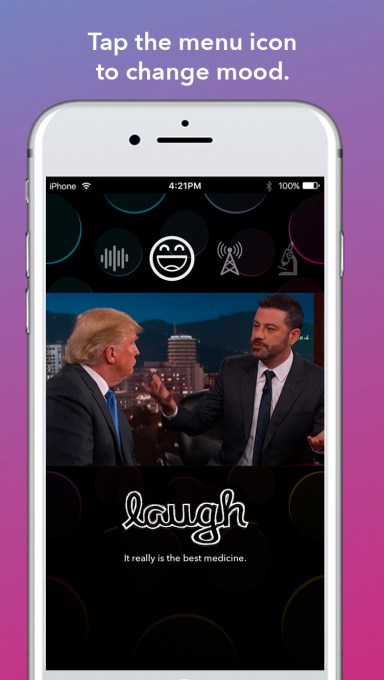 These short-form videos are played in a stream that’s further customized by things like what time of day it is, your interests, what’s trending on Rheo, as well as your own behavior – meaning, what you’ve previously watched, skipped, boosted (a vote up type mechanism), and shared to social networks.

The promise is that the more you watch on Rheo, the more personalized your video streams will become as the service adapts to your input and actions.

In addition, the new Rheo iOS app introduces a social networking component. You can record your reactions to videos you watch, and these reactions will then appear in your friends’ streams. These personal videos are also saved to your “Reel” in Rheo. Friends who visit your profile can view your video channel with all your shared reactions. 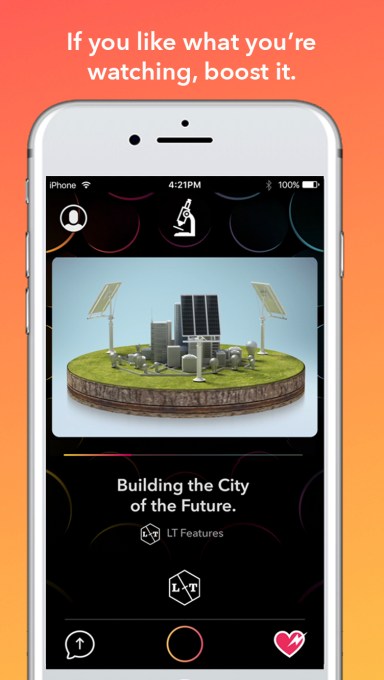 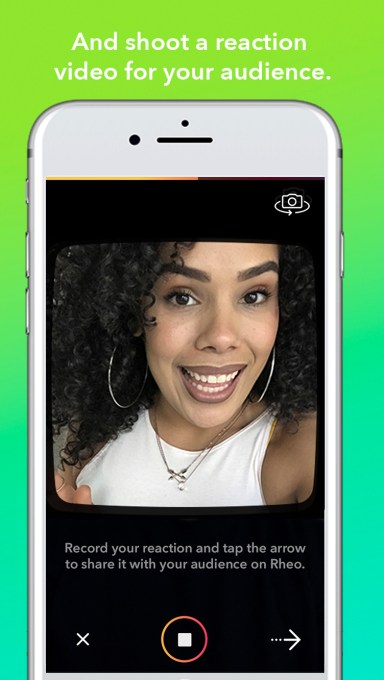 While Rheo will be challenged to attract users in a world where larger video platforms, like YouTube already exist, Cannistraro believes its curation element fills a void in the market – much like how Spotify’s “Discover Weekly” playlist of personalized content helped give it the edge.

“The long-term vision of Rheo goes far beyond being a video player. Instead, we think about media as an integral part of our environment,” Cannistraro adds. “Navigating apps, menus, channels, titles, etc, takes effort and attention,” he says. “The next few years will see us move towards media being available ambiently, as effortlessly accessible as a glance at your microwave or alarm clock to tell the time, and contextually tailored to you.”