This week, DJI announced a brand new drone, Mark Zuckerberg delivered the Harvard commencement speech and Airbnb’s internal data science program was announced. These are the top stories of the week. This post is also a newsletter, so you can sign up to have it delivered to your inbox on Saturday mornings.

Mark Zuckerberg’s Harvard commencement speech centered around how we can improve life through big projects, equal opportunity and building both local and global community. He outlined a plan “to create a world where every single person has a sense of purpose.” Rather than focusing on the opportunities for the Harvard students graduating in front of him, he urged the students to ignite opportunities for those less fortunate.

2. Airbnb is running its own internal data science university

If there’s one role that’s in demand in Silicon Valley, it’s data scientists. Every company has its own strategy for hiring and training, but Airbnb has taken things a step further. The company is running its own university-style program for data science, complete with a custom course-numbering system. 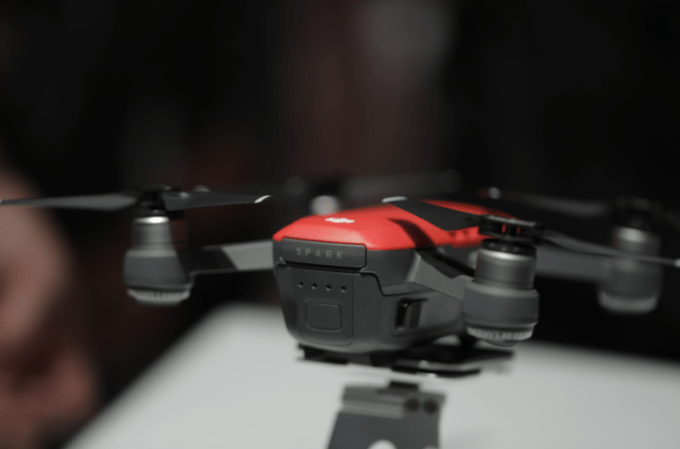 DJI held a live-streamed keynote, during which it announced its newest drone, the Spark. With a palm-sized body and sub-$500 price point, the company is taking some pretty significant steps beyond just photographers and videographers. It’s still a pretty expensive toy at the end of the day, but with the number of features the company is tossing in here, the notion of a solid drone for the rest of us just became a little more real.

Uber was supposed to take a 25 percent cut from driver fares, after taxes and fees were taken into account, according to the terms of Uber’s 2014 driver agreement. But in New York, Uber accidentally calculated a higher commission that took into account the full fare, before taking into account taxes and other fees. Uber says it is fully prepared to refund that money to drivers in New York, plus interest. That will result in tens of millions of dollars in payouts for the company.

5. Jim Hackett is the new CEO of Ford

After a day of speculation, Ford named Jim Hackett, who had been running Ford’s Smart Mobility business, as the new CEO. The move signals the company’s ambitions in the connected car space. Hackett will replace Mark Fields, who is retiring.

Newly minted unicorn Quora launched its first self-serve ad platform. Advertisers both large and small will be able to create text-based ads and mobile app install ads — both of which look particularly native and non-intrusive.

Bitcoin has been on a tear this year. That’s according to a range of bitcoin exchanges, including Coinbase and Kraken. The valuation puts the total market cap of bitcoin — the total number of coins in circulation — at $32.92 billion. Here’s how to stage an initial coin offering.

8. Peloton is the newest unicorn

Indoor fitness equipment company Peloton closed a $325 million Series E financing round, valuing the company at $1.25 billion. Spinning has turned out to be a big business, and this brand has been gaining traction in the at-home fitness space. Peloton’s $2,000 bikes have developed a cult following, mainly because of its live-streamed classes.

The FCC published the notice of proposed rule-making that would roll back the 2015 Open Internet Order establishing net neutrality. Its first and primary justification for doing this is a way of defining broadband access that’s so backwards, it’s ridiculous. It would be funny, if the future of the internet didn’t depend on this incredibly disingenuous maneuvering.

“I attended Google I/O this week, and saw a lot of cool things,” writes columnist Jon Evans. “But what really hit home for me, at the keynote and the demos and the developer sessions, was just how dominant Google has become, in so many different domains … and, especially, how its only real competition comes from the four other tech behemoths who dominate our industry’s landscape.” More here.

As bitcoin continues to mature, there’s a new term we need to learn. WTF is an ICO?

There are few verticals filled with more utopian dreams than the studios and startups building virtual and augmented reality experiences. While some are looking to craft 3D experiences that integrate into the real world, others are aiming to create massive worlds to which we can escape. The one thing many of them have in common, however, is that they are built on a game engine from a company called Unity. Here’s why Unity, which closed on $400 million in fresh funding this week, is poised to become the next tech giant.