Impossible Foods has raised more than $200 million to make a burger engineered from plants that tastes at least as good as ground beef. Patrick O. Brown, the CEO of the five-year-old food startup, is a famed Stanford geneticist who previously started the nonprofit Public Library of Science.

The company’s many backers (among them Bill Gates, Li Ka-Shing, UBS, Khosla Ventures and Viking Global) aren’t just betting on Brown — they are hoping to disrupt the massive “animal products” industry with food that is not only appealing and affordable, but produced in an environmentally sustainable way.

Traditionally, making “protein” requires massive feedlots, slaughterhouses and medicines and chemicals to treat and process animals. Although Impossible Foods has stated ambitions, and raised funds, to replace an array of animal products with those engineered from plants, success with just the one category of ground beef could bring it outsized returns.

According to the U.S. Department of Agriculture Economic Research Service, consumers purchased 25.67 billion pounds of beef at restaurants and groceries last year, and around 5 billion of that was ground beef for hamburgers, spaghetti and other popular restaurant items.

Impossible Foods is on target to open its Oakland, Calif. factory this summer. The factory should produce 1 million pounds of “plant meat” per month, the company has confirmed, to be sold only to restaurants and prepared by professional chefs for now.

We interviewed Pat Brown at a StrictlyVC event this month and asked how Impossible Foods is putting its capital to work, and whether or not VCs really know what they’re doing in food. We also asked what Brown thinks of “clean meat” companies using synthetic biology to grow meat from a few animal cells in a lab. 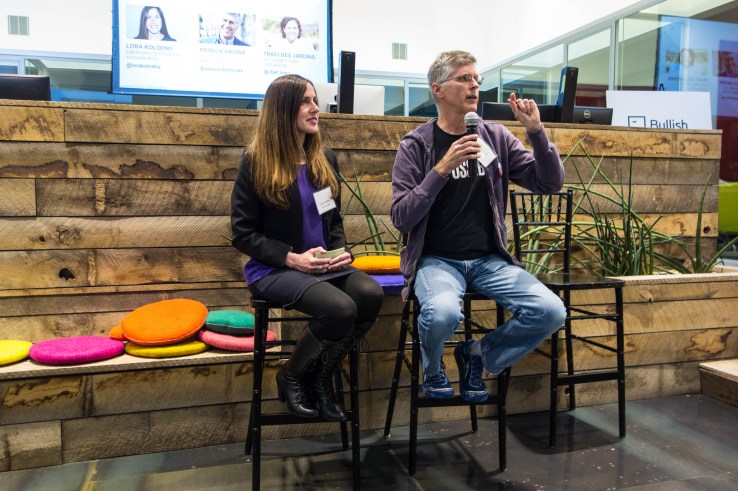 TC: What you make at Impossible Foods has been called a “fake burger,” a “vegan burger that bleeds” and “plant meat.” How do you think of your product?

PB: We think of it as meat made a better way… Meat today basically is made using pre-historic technology, using animals to turn plants into this very special category of food that is defined by a particular kind of delicious flavor, sensory experience and nutritional profile with general affordability and accessibility.

Unlike the cow — first of all, it’s not even trying to be delicious! And it stopped improving at that a million years ago. We are able to optimize our meats for deliciousness, sustainability, nutrition and affordability. And we are able to keep getting better and better. 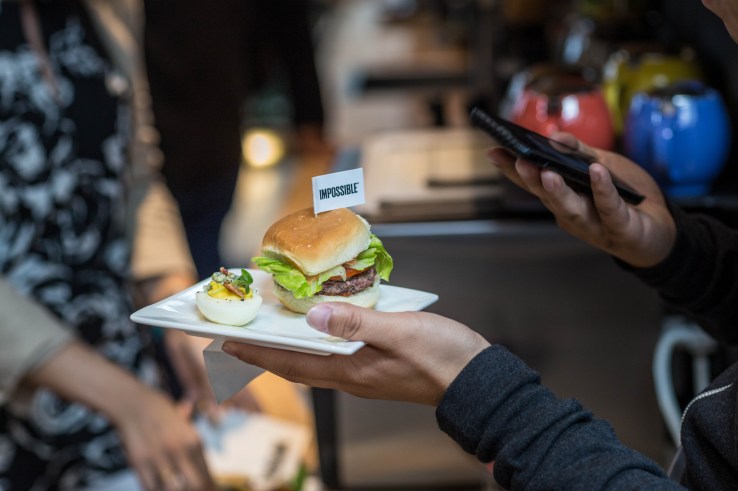 TC: Why not try “clean meat,” or lab-grown meat from animal cells?

PB: The simple answer is because that is one of the stupidest ideas ever expressed. First of all, it’s not true you can do a better job that way. Because then you buy into, at best, the same limitations that a cow has. And it’s economically completely un-scalable.

If we could grow tissues that were a meaningful replica of animal tissues at an affordable price from stem cells, it would revolutionize medicine. Look around you. It’s not happening.

TC: Venture investors have backed some of those companies. So I’m wondering what you think about VCs in food. Do they know what they’re doing?

PB: It’s not about VCs in food actually. I love VCs, and particularly the ones that invested in us. But it is truly astonishing how little diligence they do in terms of the actual science that underlies some tech companies.

Sometimes, some of the VC firms we work with will ask me to take a look at a company. But it doesn’t really matter what I say because sometimes I’ll say, ‘If I were you I’d just flush my money down the toilet because it is faster and easier.’ But it doesn’t matter! They’ll do the deal.

TC: Would it help for venture firms to have scientists in-house?

PB:  Yes! It certainly would. Not only that but to listen to them and to really look critically — sometimes it’s just like, do the math!

Anyway, and I’m not being ironic here, I also think one of the great things about the venture world is that people will make wild bets on things that they see as highly risky, like a science-based product they haven’t done diligence on, but it has the potential for a huge payoff.

We would have never gotten any money if that wasn’t true. We have raised more than $200 million and have amazingly great investors. We don’t let anyone invest. We are very psyched about who they are. They have to understand this. And if they are looking for a quick exit, look elsewhere. We’ve told them we are not going to be acquired. Forget about that. 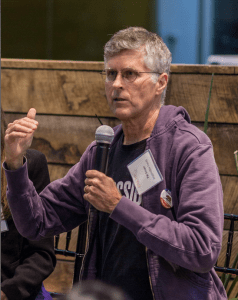 The market we are going after is a $1.5 trillion global market based entirely on a prehistoric technology that hasn’t improved materially in a million years. So that’s like a no-brainer in a certain sense from a financial standpoint. But we look for people who see the financial gain and really believe in our mission.

We will never put anything on the market that we don’t believe, based on all the science, is healthier than what it replaces. That’s table stakes, if you’ll pardon the phrase. But we also don’t accomplish anything from a health or environment perspective if nobody buys our product. So we have to make products that sell primarily on deliciousness.