Amazon’s FreeTime service, which includes access to curated kid-friendly content and various parental controls, is now arriving on Android devices with the launch of a new FreeTime Android app. The app offers parents a similar set of parental controls as those found on Amazon’s Fire tablet devices, as well as a handpicked selection of over 40,000 YouTube videos and websites that have been deemed safe for kids through the FreeTime web browser.

Parents will also be able to upgrade to FreeTime Unlimited for $2.99 per month for an expanded selection of content, if the parent is a Prime member. If not, the price is $4.99 per month – as it is for the Fire tablet version of the service.

However, FreeTime Unlimited works a bit differently on Android devices when it comes to apps, as parents will need to separately add in any apps or games they might own. 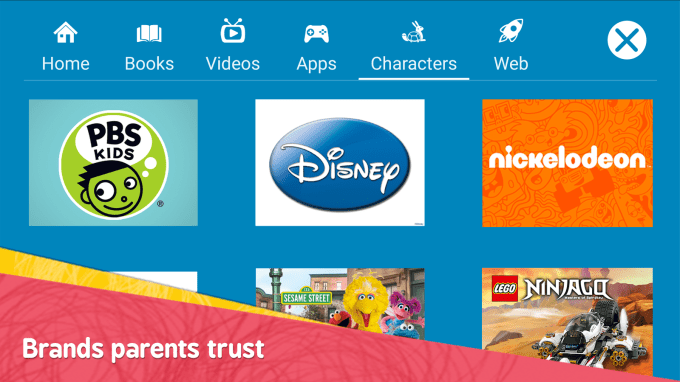 To date, the FreeTime service has been a major selling point for Amazon’s own hardware, including its Fire tablets, Kindle e-readers, and Fire TV. A free one-year subscription to the FreeTime Unlimited service has also been one of the key features of the Fire Kids Edition – a Fire tablet that includes a protective case and two-year “accident” warranty.

To date, over 10 million kids (meaning their parents) have signed up for FreeTime, Amazon says.

With this expansion to Android phones and tablets, it’s clear that Amazon has identified a hole in the market that it can exploit to its advantage.

FreeTime is already one of the better parental control services out there, not only because – until now – it was a first-party solution. But also because it’s focused on more than just locking down a device, as so many of the parental controls apps today do. 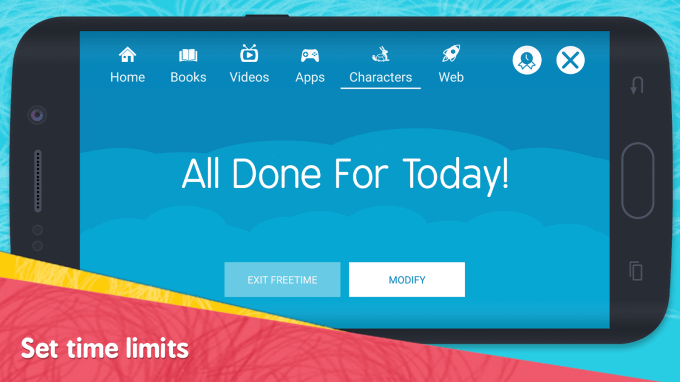 Instead, FreeTime allows parents to set screen time limits, set device “bedtimes,” as well as select the specific apps, games, videos, and books they want added to the child’s device. More importantly, it gives kids the feeling they have some level of control – instead of browsing the web or an app store and running into blocks, warning messages, and restrictions, kids can browse the FreeTime library to pick and choose what they want to watch, read or play.

In addition, parents can make sure tablet time isn’t coming at the expense of reading time by using FreeTime to set daily educational goals that have to be met before access to the entertainment content is unlocked. 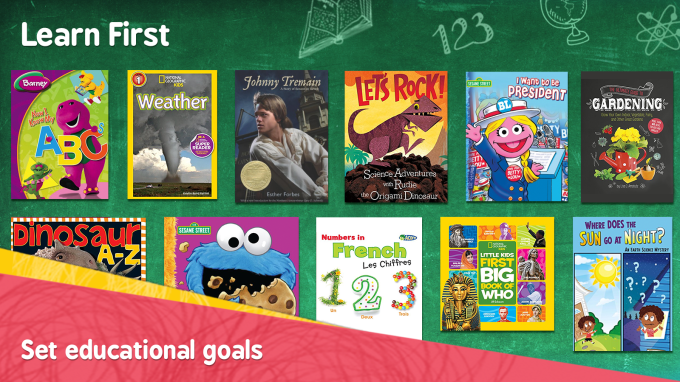 In April, Amazon expanded FreeTime’s capabilities by introducing a parent dashboard which includes activity reports and other insights on how their child has been using their device. This is augmented with Discussion Cards, that can help parents stay tuned into what kids are involved with that day – like, what book they’re reading, video they’re watching, app they’re using, or game they’re playing.

The cards prompt parents to ask questions related to that content. For instance, if they were reading a book about pets, a parent could ask the child which is their favorite pet, and why. The dashboard can be viewed from any device – including, say, a parent’s iPhone from the website parents.amazon.com.

These cards and the parent dashboard will also be supported on Android devices, Amazon says.

It’s not likely that Amazon would port this same service to iOS, given that Apple’s platform doesn’t allow third-party apps to lock down access to content on the device the way that FreeTime does. But this Android launch hints that Amazon may be trying to get out ahead of an Apple announcement at WWDC in June that will introduce improvements to iOS’s parental controls.

The FreeTime app for Android is free to use, and will offer access to Unlimited as a $2.99 per month upgrade. Existing Amazon Unlimited subscribers will be able to use the new Android app for no extra cost. And if you buy the subscription on Android, you can also use it on your Fire tablets, Kindle e-readers and Fire TV.