Hearkening back to the old days of iconic Nintendo games like Super Smash Bros, Wavedash Games has raised $6 million for a vision of platform fighting games as the next big thing in social gaming.

Taking platform fighter games beyond the game console, the Oakland, Calif.-based company is looking to popularize the genre and bring the one-on-one fighter concept to the same level as a title like World of Warcraft, according to the company’s 33 year-old chief executive, Matt Fairchild, and his 35 year old co-founder and creative director, Jason Rice.

“Jason and I are both game developers,” said Fairchild. “We got our start hosting Super Smash Bros. tournaments.”

The relationship between the two co-founders actually goes back some 15 years to when Rice, an early employee at Major League Gaming was recruiting local game hosts in Houston.

For Rice, the launch of Wavedash is the culmination of a 14 year journey which began when he graduated college in 2003. He went on to become a game designer in 2007 and hasn’t looked back.

Fairchild, whose career was more as an operator had jobs at RockYou, Storm8, and TinyCo, before launching Wavedash.

“There was something lacking in developers talking to players and developing games that they [the players] would actually want to play,” says Fairchild.

The two co-founders were specifically thinking about platform gaming and their experiences as little more than fanboys in a nascent gaming community.

“We brought on several key members of the platform fighting community,” says Fairchild of the design process to develop the game. “We got them in a room and said what should we build.”

The answer, apparently, was Wavedash. 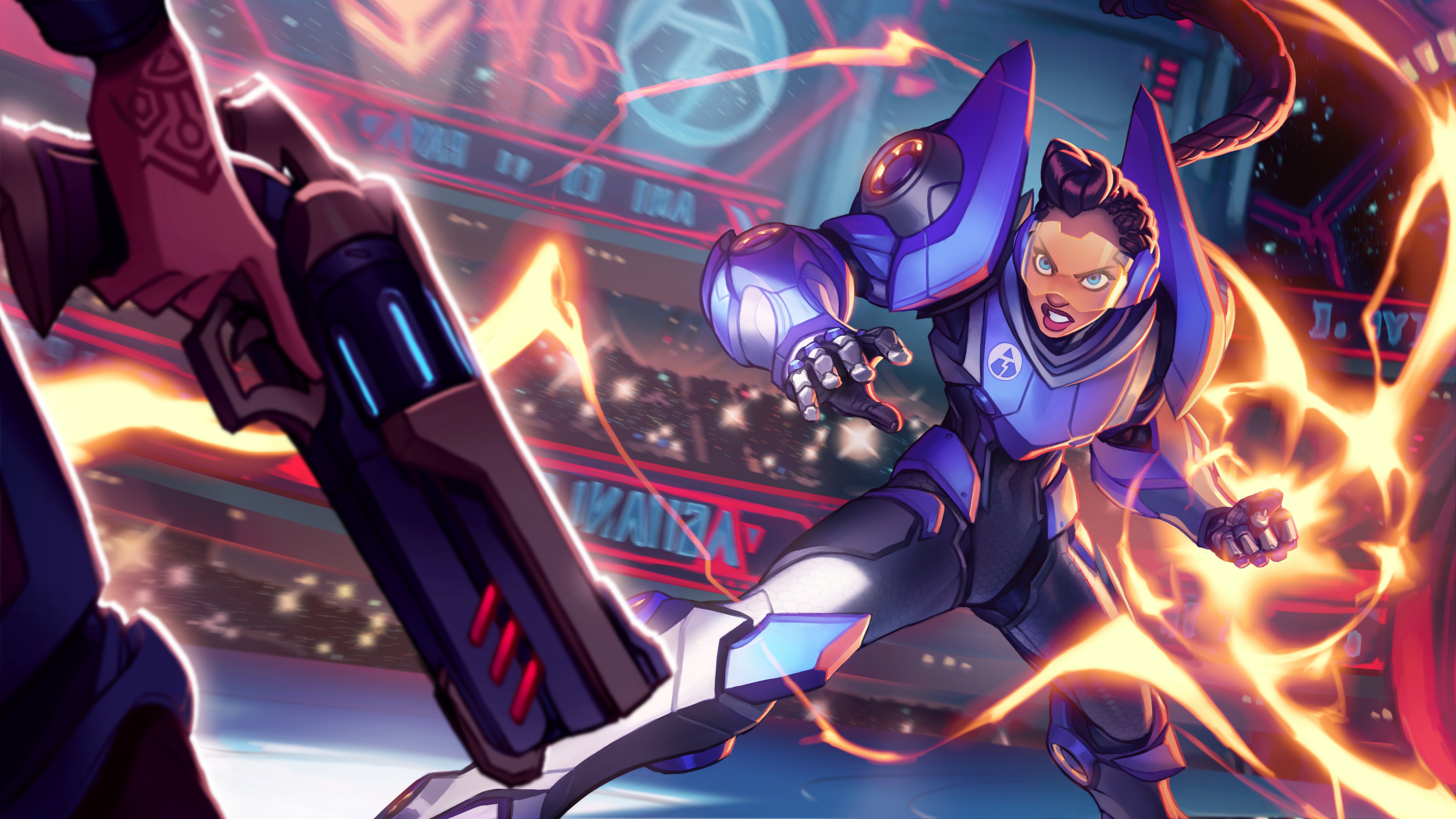 “in talking with players we felt there was an opportunity to do for the platform fighter genre what League Of Legends has done for MOBA,” said Rice. “There’s an opportunity to open up the genre for PC and releasing it in spectator friendly format.”

The idea is to make the game mechanics more accessible and make the game free to play, Rice said. “The phrase we use are easy to learn, hard to master, and as much fun to watch as it is to play.”

The narrative focuses on an intergalactic society where gladiatorial competition has replaced warfare as the way to settle disputes and a host of eight characters that gamers can choose from battle for their respective peoples.

“Matt and I see it as both a business and a moral objective to see that our game is diverse and inclusive,” said Rice. To that end three characters are men, four are women, and one is a non-gendered monster, he told me.

The background and the vision that the two men shared were convincing enough to bring on March Capital as a lead investor for the $6 million round. Additional participation came from Lowercase Capital, Advancit Capital, CourtsideVC, Machine Shop Ventures, Luma Labs, and Cherrytree VC.

“This money gets us through our launch window which is Q2 of 2018. We’re going to hit beta this year and launch sometime early to mid next year,” said Rice.

While no one can predict a hit, Fairchild says that growth numbers are in their favor, noting that there are 700 tournaments for platform fighting games that happen every month.

“Right now we are totally focused on our launch,” said Fairchild. “The first thing we need to do is make a fantastic game on PC and look to expanding that in the future.