VR theaters and arcades like Virtualities are starting to pop up in warehouses and other empty spaces around the U.S., including Burningham’s startup, located in what used to be an Aeropostale on the second floor of the Gateway Mall on Salt Lake City’s west side.

The mall was built specifically to show off the fine dining and retail offerings of Utah as the world came to visit during the 2002 Winter Olympics. I can remember fighting the crowds to watch Sheryl Crow belt it out for the gold medal winners. But what was once a bustling outdoor mall has become eerily empty. One sad fountain on the edge of the Gateway still trumpets the Olympic theme tune every hour on the hour to mostly no one. 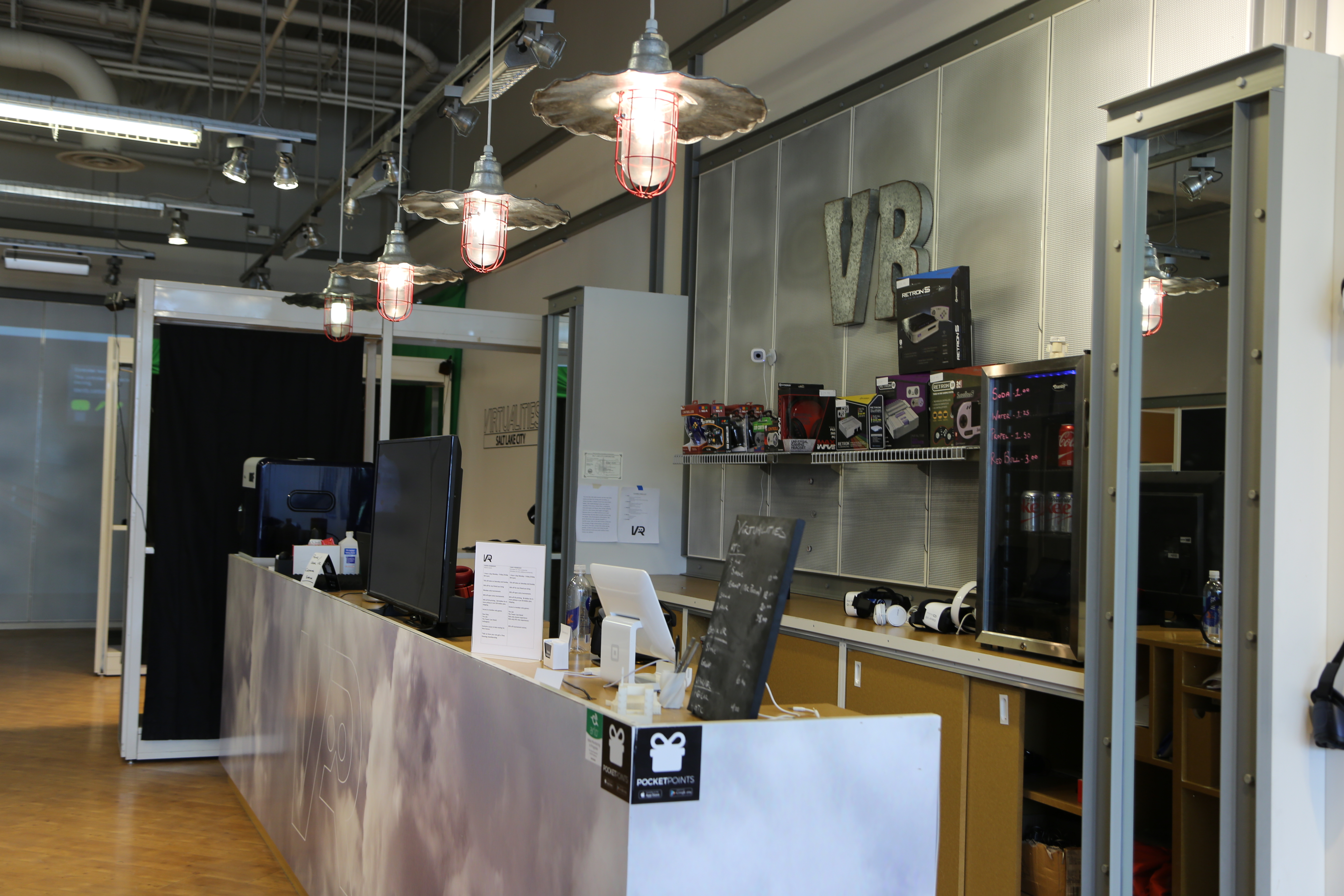 Part of the ghost-town effect is due to the rapid decline in shopping malls throughout the country. Anchor stores have pulled out of some suburban areas as retail mainstays like Bebe and RadioShack successor General Wireless Operations Inc. file for bankruptcy. While the mall still seems to be the preferred method of shopping among teens, nearly one-third of U.S. shopping malls are in danger of shutting down, according to analysts.

But the Gateway’s decline also comes out of a mixed-use shopping and retail development project meant to revive the heart of downtown Salt Lake. Five years ago the Mormon Church — the predominant religion in the area — updated two large city blocks’ worth of downtown retail space right across from the famous Salt Lake Temple. The project benefited both city and church by pulling tourists closer to the city’s main attraction, but it also encouraged retailers and shoppers to jump ship in favor of the new City Creek Center, leaving Gateway’s 2.26 million square feet of retail space nearly deserted — and ripe for striking bargain basement deals. That gave Burningham the idea to use the space (and save some overhead in the deal). 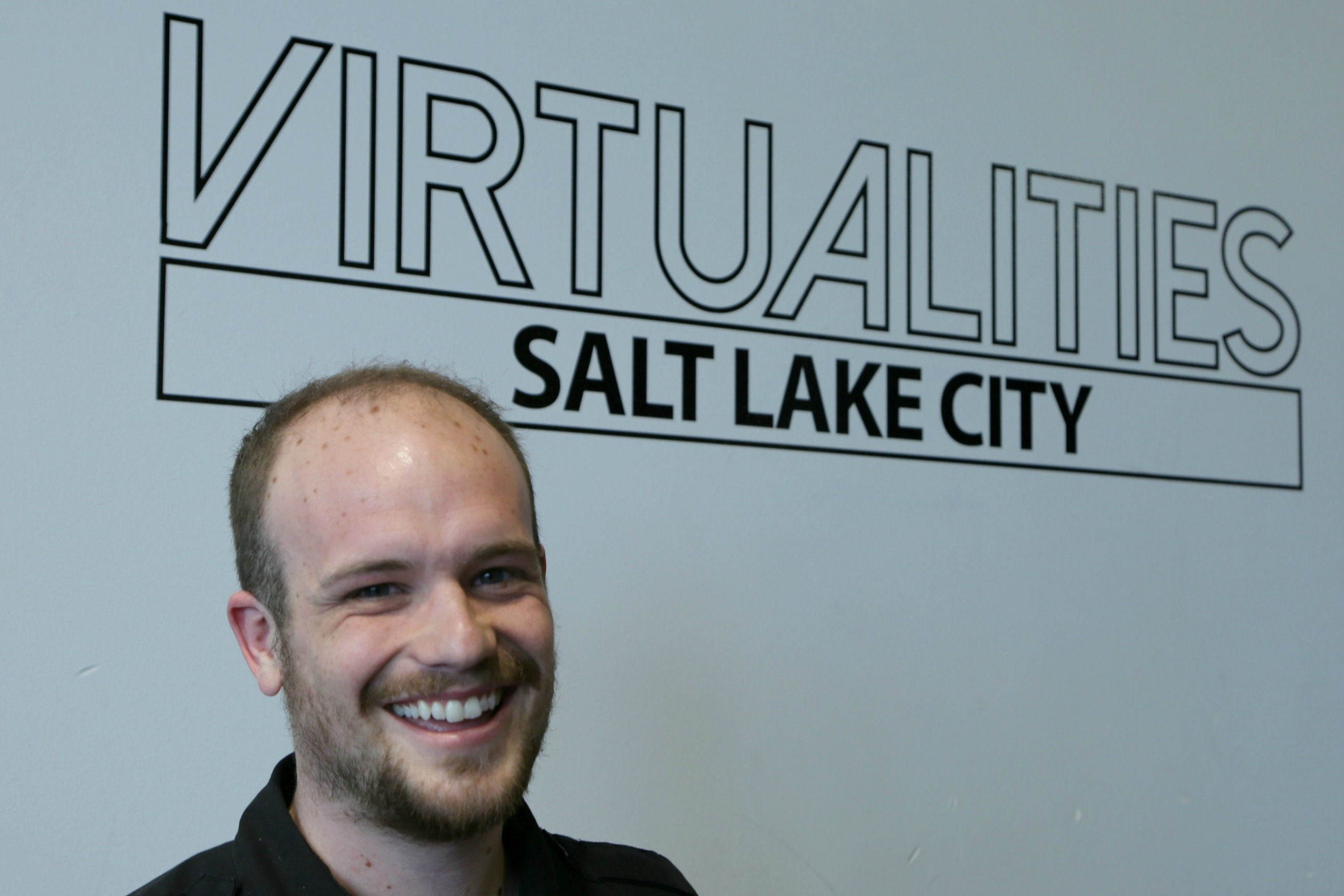 Virtualities so far has two locations; the first one in the Gateway Mall and a second location Burningham just opened about a month ago in a fading strip mall 30 minutes north of Salt Lake in Layton, Utah.

The Void, famous for its Ghostbusters VR installation in New York and Dubai, also calls Utah home, 30 minutes to the south of Virtualities in the town of Lindon. That one is more of a VR park, combining a physical set with VR film experiences, whereas Virtualities uses a large, open space for separate sections, including gaming and its theater area, which is basically two rows of swivel chairs customers can use to sit in while strapping a VR device to their heads and watching a short film.

Both Utah-based businesses are part of only a handful of little VR upstarts in the country right now. However, IMAX has been testing a standalone location in what used to be a Samsung VR facility in LA and plans to install five VR movie theaters in the U.S., China and the U.K. in the coming months. The company, valued at $2.36 billion, has the means to make much more of an impact — and on a global scale. If the five test sites prove successful, the company says it will roll out VR cinema spaces in select multiplexes throughout the globe, posing a worrisome problem for these littler companies with fewer resources. 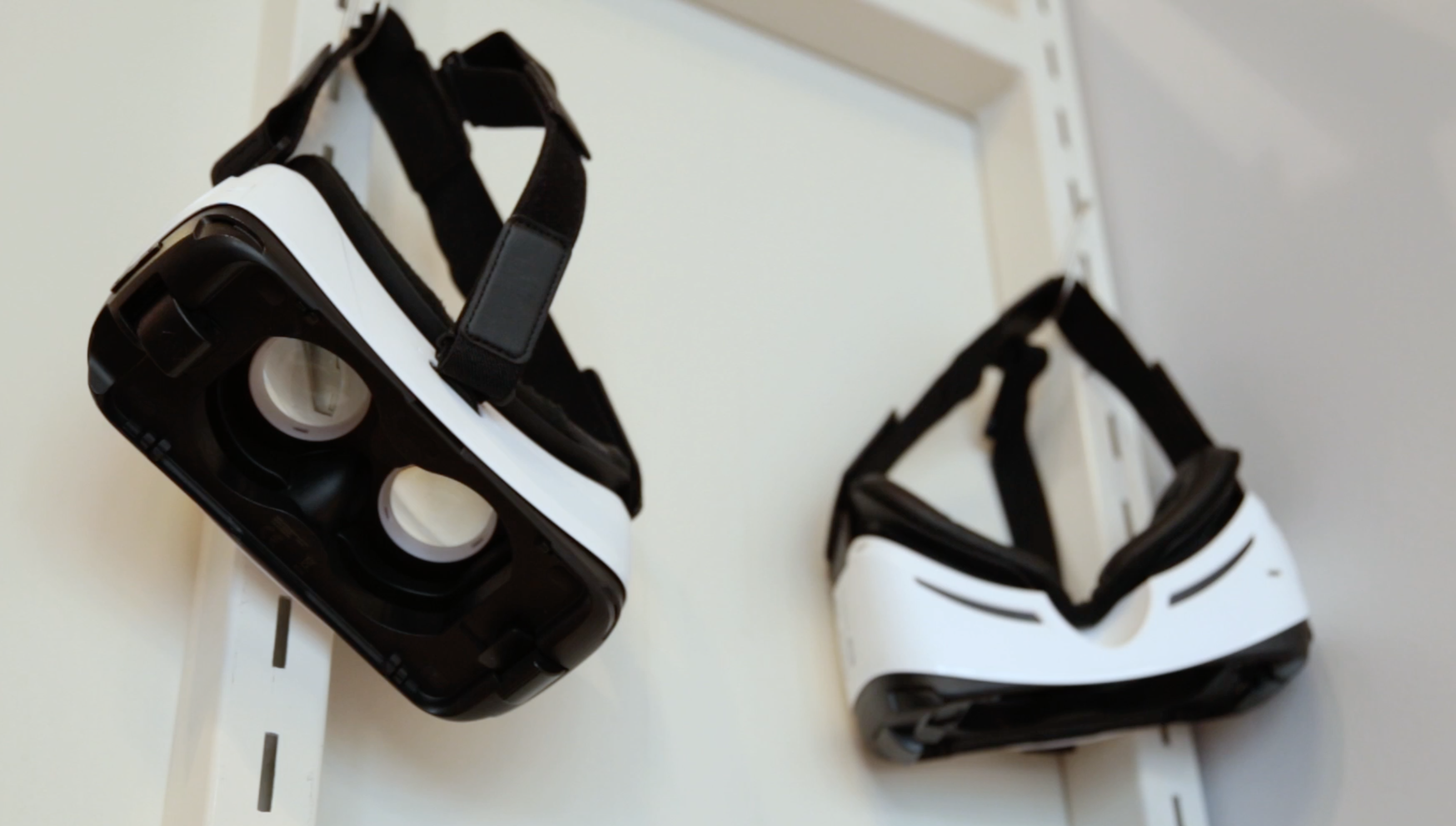 Headgear hangs up on the wall inside Virtualities, waiting for customers

But never mind all that for now. VR is new and, despite the growing trend toward nearly every tech company involving themselves in the industry somehow, not many folks can afford the best devices on the market on their own at the moment. Some forward thinkers, like Burningham, are capitalizing on that by providing the equipment and space so everyday people can experience the tech for themselves.

Each monthly membership costs a one-time $30 fee plus $58.50 for the first person and an extra $40 for up to four other people you want to add to your group. And it’s a recipe that seems to be working for Burningham. He says he’s usually pretty busy. There were plenty of folks eager to try VR for the first time when we paid Virtualities a visit recently.

You can check out our recent visit to Virtualities in the video above, and learn more about Burningham’s idea to convert old retail into VR theaters.

*An earlier version of this story mentioned Virtualities was located in an old Hot Topic. We’ve updated this story to reflect it is, in fact, in an old Aeropostale.