Life isn’t fair. Work’s not fair. Tech isn’t fair. So it’s no surprise that unfairness or mistreatment is the most frequently cited reason for leaving a job in tech, according to the Kapor Center for Social Impact’s Tech Leavers Study.

The study looked at four main types of unfair treatment, behaviors and experiences: unfair people management practices, stereotyping, sexual harassment and bullying/hostility. As it turns out, turnover due to unfairness is a $16 billion per year problem, according to the study. The silver lining, as pointed out in the study, is that people would be down to stay if companies took steps to improve culture.

Other takeaways from the study were that experiences differ dramatically among groups of people, depending on their race, gender and sexual orientation. For LGBT people and women, bullying was the main reason for reporting unfairness. For people of color, stereotypes were the main driver for leaving due to unfairness. Nearly one in four people of color surveyed (23 percent) reported being stereotyped at past jobs. 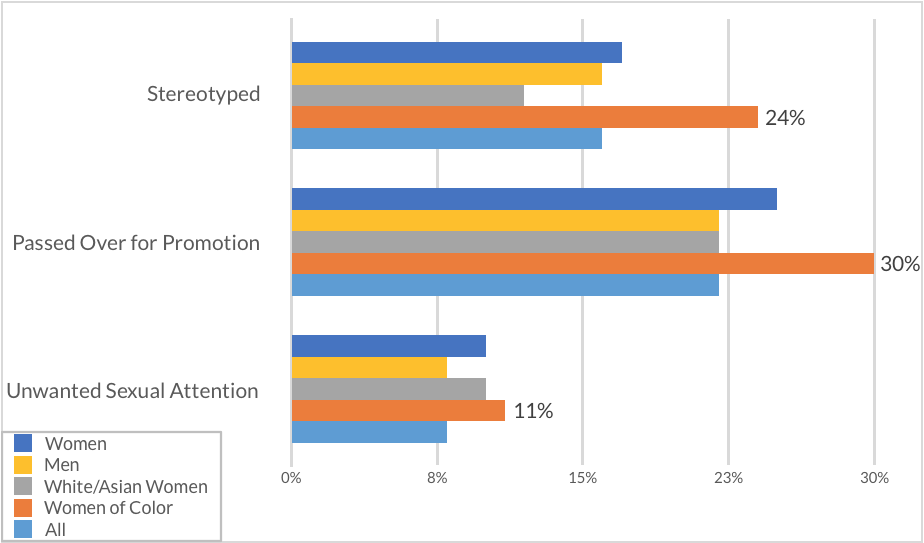 In order to reduce the amount of unfairness at work, the Kapor Center recommends three things: implement comprehensive strategies around diversity and inclusion; create an inclusive culture by developing a code of conduct, conducting employee surveys and providing transparency; and develop a concrete system for compensation practices and employee review processes.

“Diversity in tech matters—for innovation, for product development, for profits, for meeting future workforce demands, and for closing economic and wealth gaps,” the study states. “But unfairness, in the form of everyday behavior (stereotyping, harassment, bullying, etc.) is a real and destructive part of the tech work environment, particularly affecting underrepresented groups and driving talent out the door. With a concentrated focus on building inclusive workplace cultures, tech can save billions of dollars in financial and reputational costs, keep great talent, and finally make progress on its diversity numbers.”

You can check out the full study here.