Drone maker DJI has updated their software to turn huge expanses of Syria and Iraq into no-fly zones. DJI usually prevents users from navigating their drones over sensitive areas like military bases and airports, but its new no-fly zones cover a much wider breadth and includes most of the northern half of both countries (including the city of Mosul), according to DJI’s map.

The updates were made to DJI’s Go app and first reported by The Register. 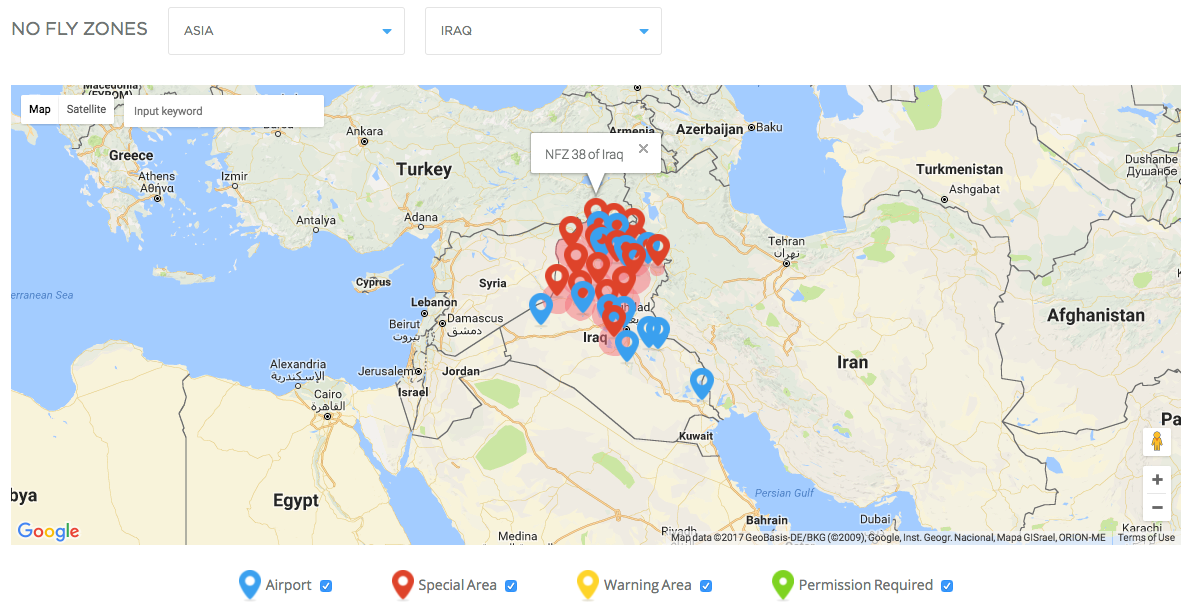 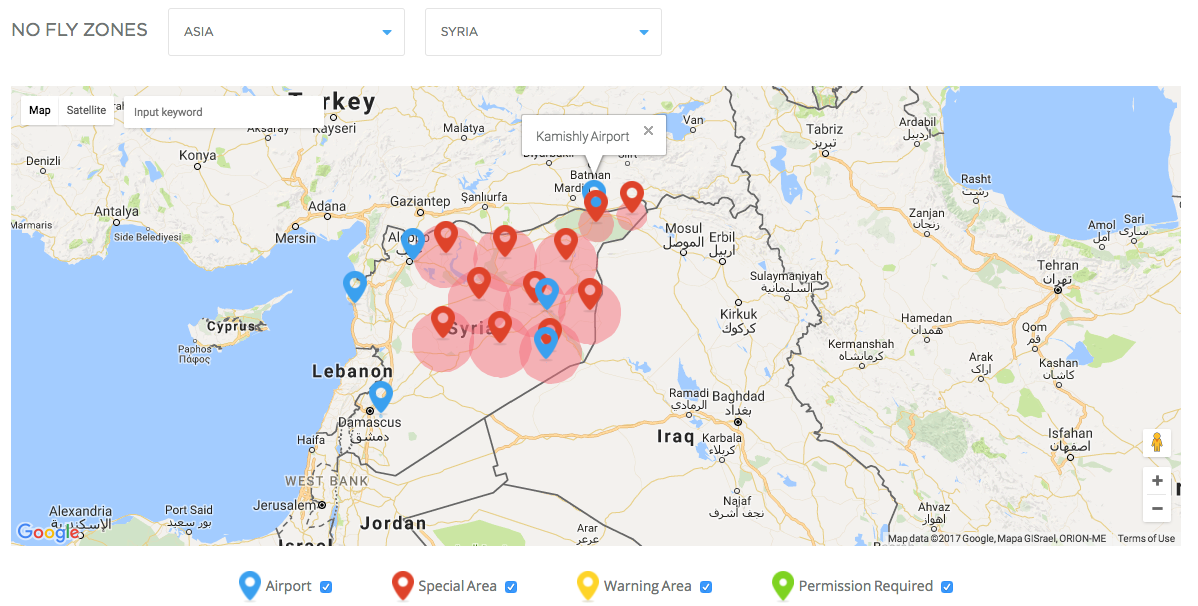 Terrorist groups have been using small commercial drones to drop explosives on targets in Iraq and, as one of the biggest drone companies in the world, DJI is often mentioned in articles about such attacks. For example, in October the New York Times suggested that DJI’s products may have been used by ISIS, writing that “the Islamic State is using simpler, commercially available drones such as the DJI Phantom, which can be purchased on Amazon.”

The Pentagon hasn’t named the drone brands used by ISIS and other groups, but in January, Colonel Brett Sylvia, commander of the Task Force Strike said during a Department of Defense briefing that ISIS has “the same ability that any 13-year-old kid in the States has. He can get online and purchase some type of unmanned aerial vehicle and put it up.”

DJI, however, has claimed that its Phantom drones would have difficulty handling the weight of an explosive payload. The company has also said that preventing all Phantom flights in Iraq and Syria to deter ISIS would harm humanitarian aid missions.

In a statement sent to media outlets, DJI didn’t mention ISIS or confirm if it set its new geofencing restrictions because of terrorist attacks:

“DJI makes products purely for peaceful purposes, which is how the overwhelming majority of pilots use them, and we deplore any use of our drones to bring harm to anyone. Our geofencing system is designed to advise pilots of airspace restrictions, and was never intended to enforce laws or thwart people who want to misuse our products. Certain areas vital for aviation safety or national security are marked as restricted in our geofencing system, and we are constantly adjusting those areas to account for temporary conditions that create special restrictions, such as wildfires and major public events.”