When a guy like Greg Mark emails it pays to reply. Mark, who is the eccentric and excitable founder of Markforged, a 3D printer systems that spits out ready-made carbon fiber and metal products, is always good for a glimpse into the future. This week he pinged me with a quick message: “We’re putting metal in the microwave.”

And boy is he ever.

His current system prints metal and plastic and these parts are then “sintered” – made solid – using a $750,000 oven that heats the parts for 6 to 14 hours. Mark explored current literature in 3D printing and found that he could put the metal in a microwave and reduce the time considerably. He calls the new product ADAM coupled with microwave sintering.

“Solid metal reflects microwaves (at room temperatures). Powdered metal absorbs microwaves (the stealth bomber uses powdered metal paint for exactly this reason). We are currently sintering ADAM parts in a microwave with a 90 minute cycle time. It’s fucking epic. Once the powder gets to sintering temperature, the entire thing fuses. You would think this starts to arc – but fun fact number two. Hot metal absorbs microwaves as well (it’s a resistance thing). So you can complete the run in the microwave even after the powder has started to combine. Microwave ovens will be the second part of the blade architecture in final form,” he said.

“So that’s it. Humans have been pouring metal in molds for 5,000 years. Fuck molds. The digital age transformed every other industry known to man – music, photography, writing, telecom, email, the internet. But Ford makes cars largely the same way they did in the 50’s. It’s time for mechanical engineering to enter the digital age.”

In short he’s microwaving metal to make solid parts that you can stick onto a motorcycle. I decided to give him the floor.

TC: Why are you doing this.
Mark: I’m a mechanical engineer. I’ve watched almost every other discipline get revolutionized by computers. And we’re still sitting here waiting for parts. Then finally getting parts that are out of tolerance. And I’m not just talking prototypes. In production. Everything is great. Then it’s not. What changed? How far up the supply chain was the mistake made? How many weeks do you have to wait to fix it? It’s a mess.

And you watch the guys in software. They build immense value overnight. They spool up automatic testing in Amazon, error checking. It’s beautiful. They create value with 90% efficiency. On the mechanical side, we create value with 20% efficiency. We’re like the internal combustion engine, and they’re electric cars. That was the way of the world. It needed to change.

I used my first 3D printer in 2012. Stratasys. It blew my mind. All I had to do was add carbon fiber, and we’d be somewhere real. We did that for 3 years. At every trade show, there is at least one mechanical engineer whose life has been changed by our printer. They are usually young. Early adopters. Faced a problem. Were told by their boss the 3D printed version wouldn’t / couldn’t work. The problem piled up large enough that the boss was willing to throw a hail Marry pass at the problem. And the part worked. Kept working. And now that kid is a rock star. And he’s changing the way their business is run.

In every one of those people, I see myself.

I own enough of this company, I will never need to work again. The money problem is off the table. Now we go for maximum velocity change.

I was just talking with our lead investor. The usual business crap that takes 5% of your time. Afterwards, he texts about how his kid is using the Onyx one to print parts for his physics class. Every now and again, in the midst of all the crap you have to do to build a business, we marvel at how much better our kids lives will be than ours.

My parents are doctors. When I was a 5 years old, I showed mechanical aptitude. Doctors with mechanical skills become surgeons. My Mom used to tell me, “When you grow up, you’ll become a doctor.” One of my earliest memories. I had built a “body armor suit” from blocks, and showed it to my Mom. I said, “I’ll be a surgeon.” She looked at me and said, “There’s no money in medicine anymore, pick something else to do.”

I used to think I fucked up by doing hardware. I was going to tell my kid, “go into software.” By the time he’s 5 years old, I’m not going to have to say that anymore. That’s why I do this. 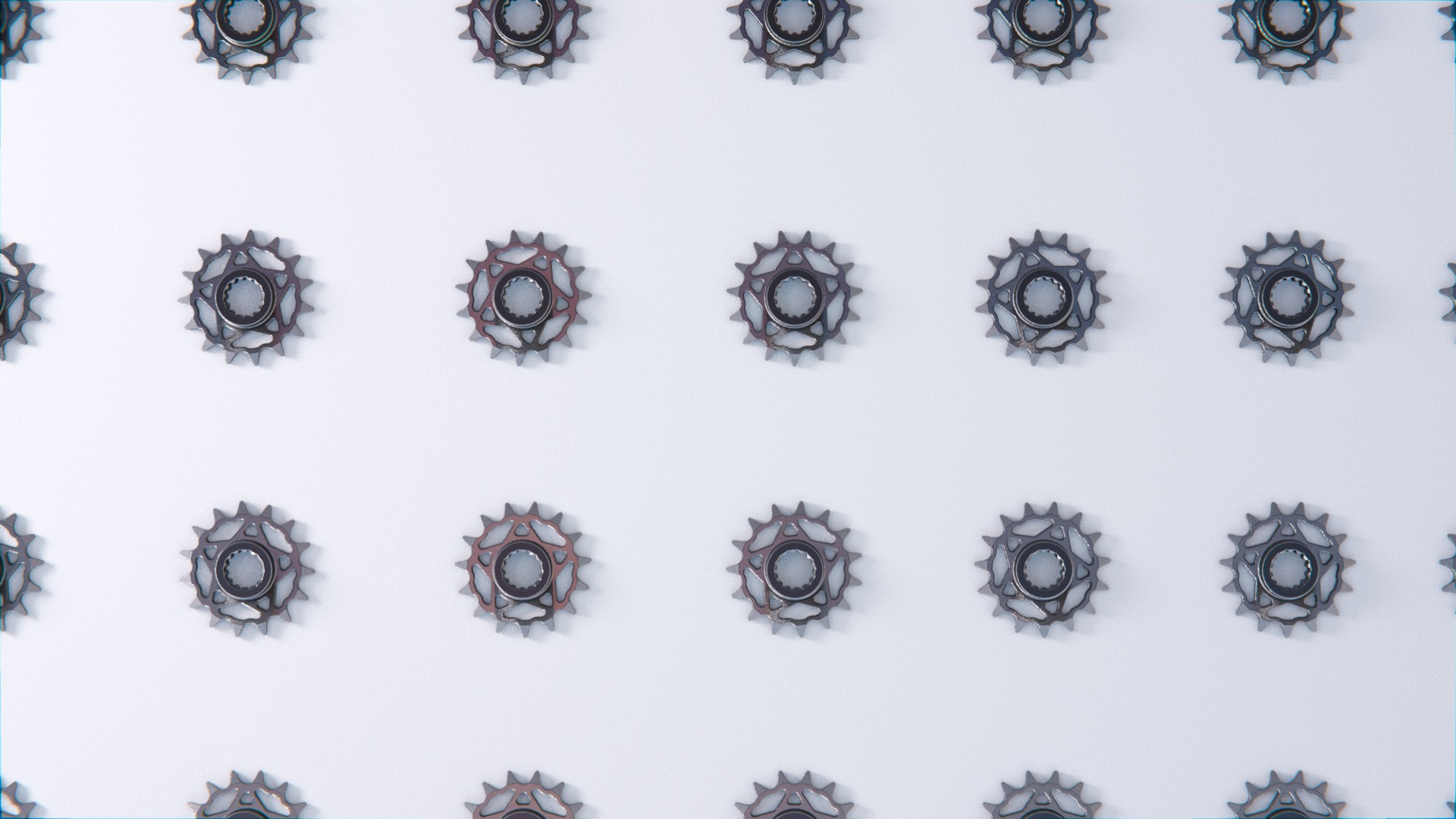 TC: How does it work?
M: We have a plastic printer that creates the shape of the part (a green part). The plastic is loaded with 60% metal powder and a two-part plastic system. The primary plastic binder is then dissolved out of the part. This creates a 20% reduction in material, and turns the part into a sponge. Next you put it into a sintering oven. The oven burns off the remaining 20% plastic through the sponge structure (in an environment tuned for the metal) and then brings the part very close to the melting temp. There are four methods of mass transports, but the net effect is that the atoms diffuse together (sinter), the part shrinks by 20%, and you get a fully dense part (in casting terms, this is 98% or more).

This is very worth mentioning, because we have not disclosed this yet. We didn’t invent metal powder encased in plastic. We found it, and solved the technical problems to make it work in a 3D printer. There is an entire niche industry, Metal Injection Molding (MIM), that shoots plastic with metal powder into molds. It was tiny. $400M about 10 years ago. Now it’s all the way up to 1.5B (half of it is Apple, for the Lightning connector, etc). I had never heard of this thing. They use metal powder in a 2-part plastic. Then sinter to fully density. So we replaced the injection mold with a 3D printer, and use their existing, production, sintering ovens (and solved all the shrink / deformation / supports issues). 3D printing replacing injection molding. Sounds familiar?

TC: Who is it for?
M: The current Metal X is designed for SMB’s who want to find a more cost effective way to make parts than to CNC from a block of metal. They’ll print the part, and just dust off (hit with CNC) the few critical dimensions that matter. This is a game-changer in cost and productivity. You don’t waste hours in CAM designing tool paths, then making soft-jaws to hold the parts through multiple opperations. You just print it. Then there are the Fortune 100’s who want to get familiar with the ADAM process for the longer term manufacturing play. Today, it’s for tooling, fixtures, and prototypes. Tomorrow, it’s for castings without a mold. Every year, we will drive up the volume where it’s more cost effective to print the part than to CNC machine it.

In the long run, we will scale the costs down. You will have high school students designing things and ordering custom metal parts online. Those parts will be 10X lower cost than CNC parts, and simple to order. In the end, we will simplify manufacturing, and make hardware more about design. There will be people all over the world building value in hardware, just like they do in software today. And the world will be closer to ideal.