In an early demo video, the Guardian LF1 bobs around in shallow water, a strange transparent cylinder trailed by cables and sporting a pair of fans underneath. A pair of metal spatula arms extend out front as it cautiously approaches an ornate lionfish in the dim water.

As it flanks the fish against a wall, the animal doesn’t appear to put up much fight. The whir of the gears give way to a vacuuming noise as the machine quickly sucks the fish inside. And with that, the robot has completed the sole task it was designed for: sucking up lionfish.

The ROV is the first device from Robots in Service of the Environment (RSE) a new non-profit formed by iRobot CEO Colin Angle and Science from Scientists founder Erika Angle.

“They’re big divers, and they were out in Bermuda about 18 months ago, on a scuba dive with some friends,” RSE executive director John Rizzi told TechCrunch. “On the dive, they came across lionfish, which is quite a big problem. During a break in the dive, they’re back up on the boat and one of the people said, ‘you’re in robotics, right? Can you build a robot to catch lionfish?’ ”

Native to the Indo-Pacific region, the beautiful fish have become an increasing invasive species around the world’s oceans, including, most problematically, the Atlantic. “Here in the Atlantic, they were accidentally introduced around 25 years ago, and they have no other predators,” says Rizzi. “They’re an apex predator. They have 18 poisonous spines on them. And they’re voracious eaters.”

The species are particularly problematic when they feed on smaller fish that play an important part in the ocean ecosystem by keeping reefs clean, Rizzi explains. They’re aggressive and they breed like crazy. They’re also nearly impossible to catch through traditional means like hooks and nets, as they tend to spend a lot time in caves. 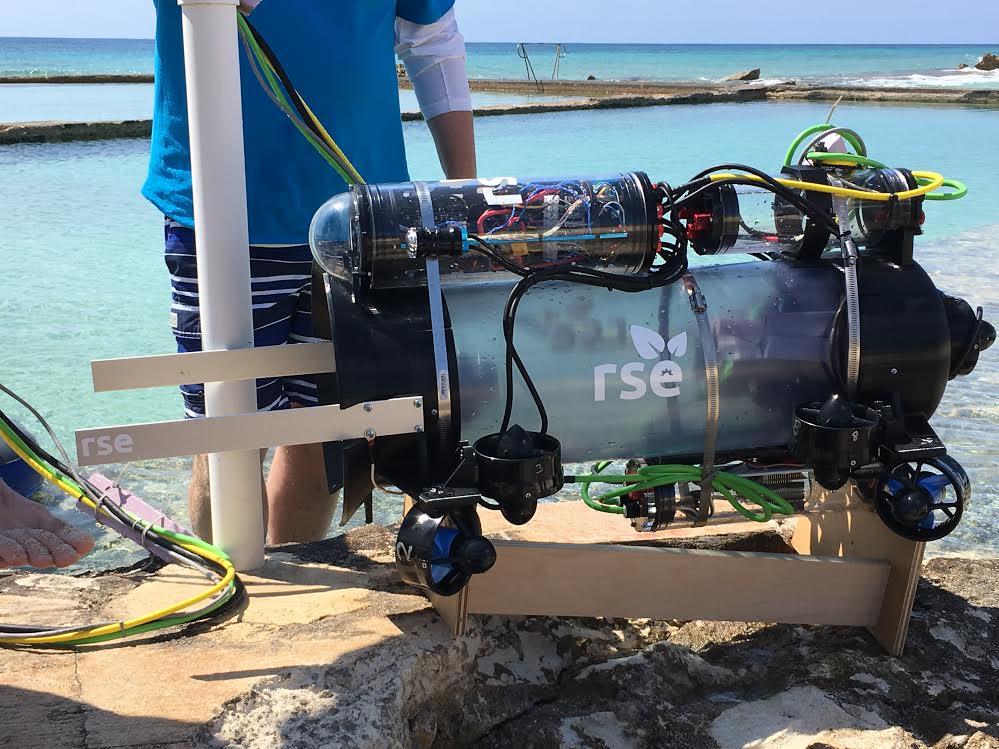 Lionfish can be caught by spear fishers, though it’s not a particularly effective method, given their deeper water dwellings. The ROV takes advantage of the apex predator’s fearless nature by simple scooting up to the fish, stunning it with one of the front facing panels and then sucking it up. Each ‘bot is equipped to hold as many as 10 lionfish onboard before returning to the surface. As for what’s done with the poisonous barbed fish once on-board, well, apparently they’re actually pretty good eating.

RSE has delivered proof of the Guardian in action and is currently testing it in Bermuda, where Rizzi and team are navigating it around the waters in search of lionfish this week. The team has already received funding from organizations like the Schmidt Ocean Institute, run by Wendy and Eric Schmidt’s Schmidt family foundation, along with money from the Angles.

It’s also taking to Kickstarter this week to further fund the venture – the first of what it hopes will be many robots designed to creative positive environmental change.