“I guess I’m not that worried about that,” Mark Zuckerberg said in response to criticism about Facebook copying Snapchat. He defended the “misunderstood” strategy as laying groundwork for Facebook’s new Camera Effects Platform for developers that launched today.

While Snapchat might have popularized animated AR selfie masks and filters, it lacks a platform for developers to contribute their own creative tools for people to use. Facebook plans to draw on its decade of platform experience to enlist an army of developers to build an endless array of AR special effects and interactive experiences triggered by real-world objects and places.

Jeers that Facebook had stopped innovating and become a Snapchat clone intensified the past few weeks. Facebook has recently added Snapchat-style Stories and camera special effects to all four of its core social apps: Facebook, Messenger, WhatsApp and Instagram. The move seemed like an overkill response to competition by Snap that made Facebook look desperate and less interesting as an employer fighting for top talent. 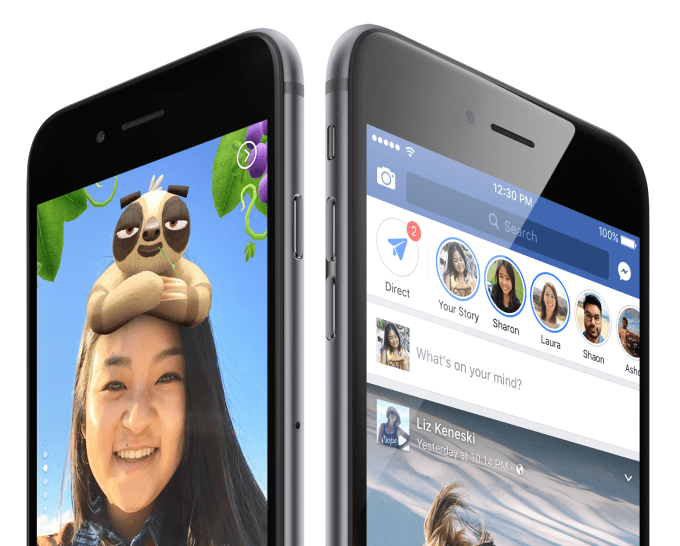 But when asked for a response to critics who say Facebook had stopped innovating, Zuckerberg brushed them off, insisting this was actually just Facebook preparing all its products for the new unified cross-app Camera Effects Platform. While Facebook Stories just launched this month, he says the strategy has been in the works for a while:

​But the thing is, you try to chunk up your releases into specific things along the way. And even though we’re going to talk about it at F8, we’re not going to release it all at once even though this is kind of the next chapter. And the first chapter that made sense was to release products that people were familiar with and to kind of stabilize the product before you try to build a platform on top of that, right? It’s really tough to build the product and the platform at the same time.

So I think internally, we just understood where we were going. We’ll roll out the different pieces at different times, but that was partially why we’re rolling all the stuff out quickly as we build a bunch of infrastructure to be able to do all that.”

Essentially, adding to Facebook’s various apps an in-app camera with basic augmented reality effects was just the start of a larger platform play. But this first step has still swayed public opinion to see Facebook as a copycat. Snap turned down acquisition offers from Facebook years ago, and Facebook has been taking inspiration from Snapchat ever since. When asked about the perception of Facebook being less innovative, Zuckerberg told me:

“I guess I’m not that worried about that. I mean, I feel like we do different kinds of work in different areas. I mean, I think certainly, no one who looks at the solar-powered planes that we’re building or the satellites that were making, and thinks that that stuff isn’t interesting.

I think one thing that people probably don’t think about as much as we do is innovation to serve everyone in the community, not just the high end, right? So we focus on a lot of things like Facebook Lite. It’s up to 200 million people in like a year . . . I tend to worry more and think more about the substance of what our community actually wants.”

That bit about not just serving the high end might be a subtle jab at Snap, which has decided to focus on more lucrative Western markets like the U.S. than on international growth in the developing world. A former Snap employee is suing the company and made unverified claims that Evan Spiegel said Snapchat is “only for rich people” and he didn’t want to “expand into poor countries like India and Spain.” Snap refuted that Spiegel ever said that, noting it’s “grateful” to Indian users and that “Snapchat is for everyone.” 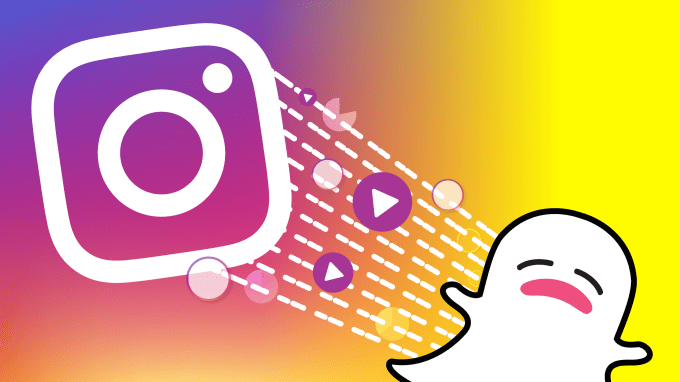 Zuckerberg, meanwhile, concluded that he expects perceptions of Facebook will become more accurate as today’s news of its augmented reality platform shows it’s trying to go far beyond copying Snap.

“I think that over the long term, the perception I guess kind of equalizes to the right place. And I think building a company, you have to be willing to accept that you’re not going to get everything right all the time. People aren’t always going to be happy with you. They’re not always going to understand what you’re doing all the time. But if you’re guided by those short-term things, I don’t think you’re going to do the right things in the long term. But if you kind of have a sense of where you want to go over time and you’re willing to be misunderstood or make errors along the way, then that’s kind of the price of entry to anything worth doing.”