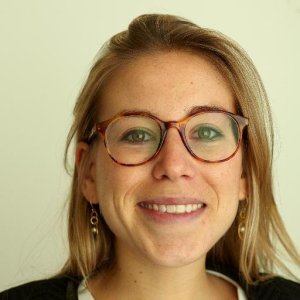 In her role as General Partner, Brown led investments in a number of promising European startups, including CheckRecipient, Beamery, Cuvva, Debut, and Echo. According to her LinkedIn profile, she was also instrumental in raising LocalGlobe’s first fund.

“It’s true I’m moving on from LocalGlobe,” the departing VC tells me. “Not much I can share at this time but I can say I’m definitely staying in venture and I promise you’ll be the first to know as soon as I can say more! In the meantime, I’m enjoying continuing to work with my portfolio companies and supporting LocalGlobe from outside the firm”.

Also confirming Brown’s departure, LocalGlobe’s Saul Klein says that she will “remain active alongside the team with the companies she has been working with. Everyone at LocalGlobe really looks forward to working with her more in the future”.

That Brown is “staying in venture” is unsurprising, though none of my sources have been able to figure out exactly what she plans to do next. No doubt she has plenty of options, given her reputation in U.K. investment circles. Before joining LocalGlobe, Brown spent four years at Index Ventures where she led investments in Big Health, Call9, MarvelApp, Osper, and Typeform.

With that said, the timing is a little out of the blue, especially given that, according to chatter within the VC community here in London, LocalGlobe is close to or has possibly closed a second fund. “Nothing formal to report just yet, Steve,” said Klein when asked if that was indeed the case.