Long before the iPhone or even the Mac, Apple was a handful of people working in an industry that was only just beginning to take the idea of personal computing seriously. In the earliest days of those early days, Steves Wozniak and Jobs made their first device together: the Apple I. Few of these were sold, and fewer still survive — but the Living Computers museum in Seattle managed to get three. And one of them was Jobs’ personal machine.

Paul Allen, the museum’s founder and patron, has caused to be assembled quite an impressive collection of devices from Apple’s history, many of which have been restored to working condition. The public will be able to tinker with a NeXT Cube as well as early Macs, but the pride and joy of the collection must be the Apple Is.

The new exhibit, which highlights the collaboration and competition between Apple and Microsoft over the years as the companies grew, is open today.

The Apple I, you may or may not remember, wasn’t much of a hit. Only 200 were made — by hand — and it wasn’t long before the company put its hopes in the Apple II, which would go on to be more popular by far. One of the Is, however, Jobs kept in his office as a demo machine for industry people.

When Jobs left in 1985 he left in a hurry, and this I was left behind on a shelf. Don Hutmacher, one of the company’s first employees, grabbed it and it stayed in his possession until he passed away last year. His wife generously allowed the museum to take care of it, and you can imagine their gratitude.

The team had their suspicious, but a tag inside the metal chassis — and the fact that it had a chassis at all, since Apple Is came just as boards — suggested it was more than a rare Apple I; it was the rarest. It’s signed “BF,” which would have been employee number one, Bill Fernandez. This was definitely, the team decided, Jobs’ custom machine.

Because the Apple I didn’t have a ROM, and Jobs didn’t want to have to program it from scratch any time someone wanted to see it in action, he had a custom EPROM attached to it that initialized the computer with BASIC when it started up. Its RAM, the engineering team suspects, was also augmented so it didn’t run out and crash during the demo. 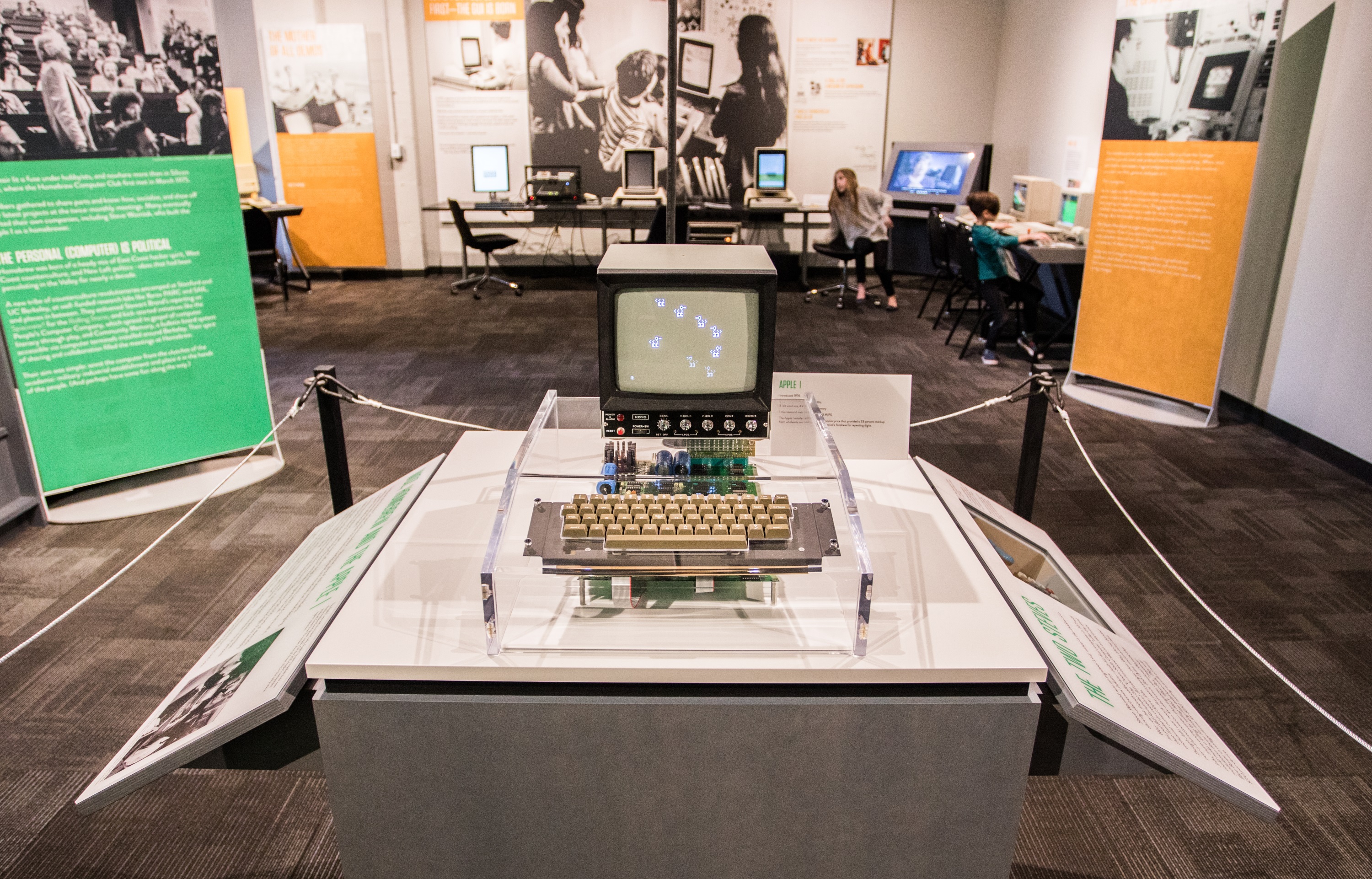 The team at the museum read the contents of this EPROM and used it to set up a second, less historic Apple I. That one, which has had its power components modified to be a little less prone to catching fire or warping the circuit board, will now be available in this primed state for anyone to play with. Yes, anyone — the only operational Apple I on the planet right now, and your kid can type “butts” on it with fingers still greasy from the sandwich they got across the street.

That’s the mission of the museum, though: the Apple I, along with dozens of other ancient computers, from Altairs to mainframes from the 60’s, are deliberately there to be touched and, if not truly understood (few kids know BASIC these days), at least experienced.

Ahead of the exhibit’s opening, a small reunion was held for a handful of people who had a hand in the early days of Apple, Microsoft, and the home computer industry. Steve Wozniak and Paul Allen met — for the first time, amazingly — and chatted over an Apple II. And it wasn’t until someone took stock of the situation that they realized that the entire original team that built the Apple I in Steve Jobs’ garage — minus the departed Steve — were together again for the first time in decades:

The museum has also been working with the University of Washington to compile an oral history of this era of computing, and many of the people who figured in the creation of the Apple I.

Now that the exhibit is open, feel free to drop by the museum and touch a few pieces of computing history — though you may need to brush up on your BASIC.