If the prospect of joining a virtual music festival and dancing around in a VR headset and controllers sounds pretty geeky… you’re not wrong.

TheWaveVR will remind you of drugs even if you’ve never done drugs and will probably also make you want to do drugs.

The virtual reality music app is launching a beta version today on Steam early access that brings you into a world of outlandish visuals and heavy electronic music inside a social arena.

Today, the Austin-based startup is also announcing that it has closed a $4 million seed round led by Upfront Ventures. Other investors in the round include RRE Ventures, KPCB Edge, Greycroft VR Gaming Tracker Fund, Luma Launch, Boost VC and The VR Fund.

If you’ve ever been to a trippy EDM rave or have had the privilege of seeing Flying Lotus in concert, you’ll know that the glitchy graphics occurring onscreen behind the artist are often a major contributor to the otherworldly vibes. I probably don’t need to tell you that this can be a lot more powerful in VR when all of a sudden the entire sky is lighting up and shifting inside itself. 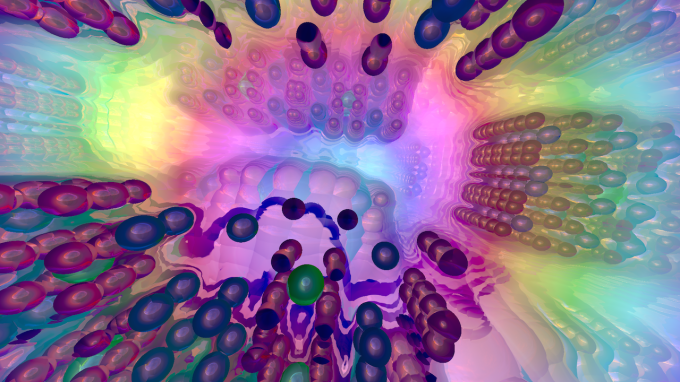 Snapshots really don’t do the app justice, because part of what makes the app such a powerful experience is the ability to enter the space and interact with strangers.

I was able to jump into an early build of the app and hop around with co-founder/CEO Adam Arrigo and Upfront general partner Kobie Fuller to enjoy a “Wave” concert and it was almost bizarre how disarmingly intimate/spiritual the interactions felt. You can chat with each other, dance and give high fives, but more interestingly you can share something called “social trips” which take you and the other user into a mini-game-like world where it’s just you two interacting with a world that’s incredibly wonky.

In addition to wandering the virtual desert and socializing, you can also dive behind the turntables and craft tracks with a surprisingly finessed VR DJ setup, spinning tracks while also doing things that just aren’t possible in the real world thanks to pesky gravity.

With so many investors skeptical of making investments in VR, it’s crazy to see a VR music app raising money from top firms like KPCB and Upfront, but that really speaks to the unique vision of TheWaveVR which manages to get so much right in its first beta release. 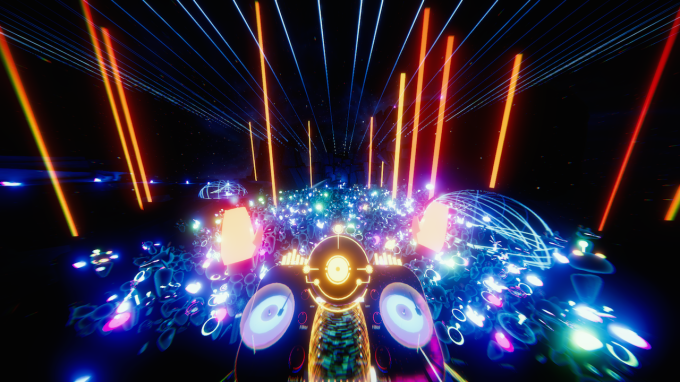 The difficult challenge for any social VR app is building up a sustainable community, TheWaveVR is planning to do weekly concerts in VR featuring real electronic musicians.

I’d question the sustainability of that model if I hadn’t already experienced a concert, but the reality is that this app is going to be something that every worthwhile DJ — in LA or elsewhere — will be playing around with soon and I’m sure it won’t be long before users have their pick up some top artists inside the app. The team is building tools for artists to import tracks that they can play around with onstage.

TheWaveVR has so many areas it can still visit as it builds up for a full release, but it’s already far more successful at creating a digital music festival than a VR app should be.