HackerEarth, an Indian startup that grew from arranging hackathon to offering corporate innovation services, has closed a $4.5 million Series A funding round.

The company was founded in 2013 and was in the inaugural batch at the GSF India accelerator program. Its initial service was Recruit, a service for vetting technical talent as part of the hiring process or internal company benchmarking. That service claims to have processed over one million applicants, and been used by the likes of Amazon for talent assessment purposes.

But HackerEarth was borne out of a desire to host hackathons and encourage participants and sponsors to get the most out of events. Last year, the company rekindled that focus on hacking when it introduced a second service — Sprint — which is targeted at corporate companies seeking fresh ideas or wanting a shot of innovation.

Sprint can be used to set up public or private hackathons, which are increasingly popular among traditional companies and industries beyond tech. Some of its corporate clients include Honeywell, Pitney Bowes, Wipro, Walmart Labs and Intuit.

“The underlying reason [corporates are interested in hackathons] is to foster innovation, crowdsource interesting ideas or because they have problems and want solutions,” Sachin Gupta, HackerEarth CEO and co-founder, told TechCrunch in an interview.

Gupta explained how one telephony-focused client opted for a hackathon to build a system to detect emotion within voices.

“They could have chosen to do it in-house, but it would have taken a year,” he said. “So they put it out there to crowdsource interesting solutions. There’s a massive opportunity for hackers to create a much bigger opportunity to drive innovation for big companies.” 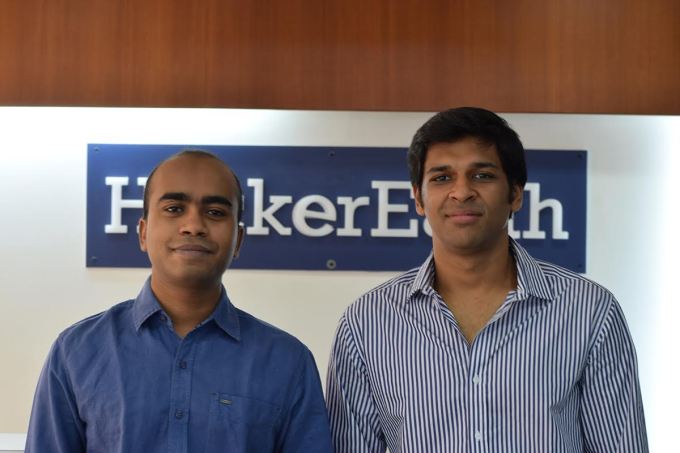 Beyond engaging hackers outside of companies, HackerEarth Sprint also encourages employees within different divisions inside companies, or perhaps even clients and other stakeholders, to come together.

Using this money, Gupta said he and his team plans to run small-scale experiments in the U.S., parts of Europe and Southeast Asia, too.

“We’ve had a good run in India so far, and even though we are just touching on the potential of the service, we feel this is a global problem.”

Already, HackerEarth has also hired a reseller to handle its services in Japan, while it is jointly running sales in the U.S. with DHI Group. Gupta said that he’d be open to opportunities in other markets where the right partners are available.